It is that time of the year to reminisce over the year that just have passed. This time with a glass of 1968 Verdelho, Blandy´s. It helps me think - which wines have made a lasting impression?

Here is the list for 2015, as usual in vintage order. See the list for previous years below.
A toast to an equally great 2016!

MV Krug Grande Cuvée
There is that saying - "there is Champagne, and then there is Krug". We was fortunate to taste three different bottling of the Grande Cuvée earlier this year. They were all great but this one displayed a perfect maturity and it really felt like I was drinking stars.
97p   (tasted 2015/04) 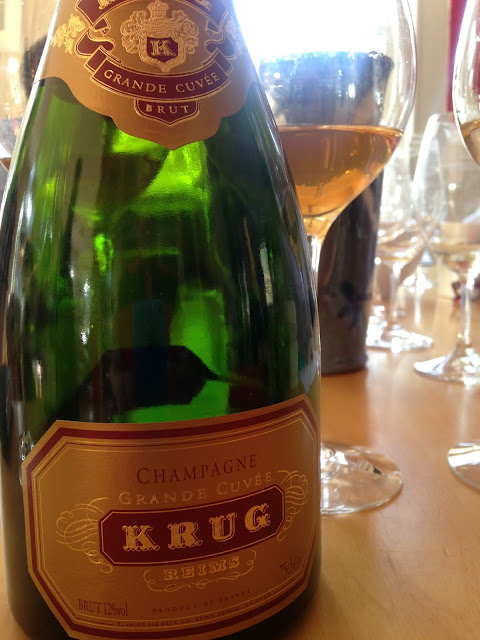 1928 Château Montrose
Well, there are many bottles from my Château Montrose tasting that could have made this list. The 28 really showed the virtues of cellaring great Bordeaux. It was drinking perfect on that evening with maturity, vigour, charm and displaying all the old fashioned Bordeaux virtues that I love.
97p   (tasted 2015/10) 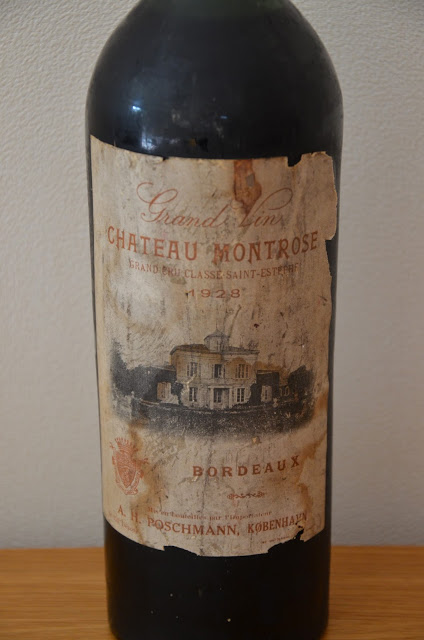 1961 Château Montrose
One more bottle from the Château Montrose tasting makes the list. I wrote "absurdly good" in my tasting notes and when reminiscing, I still can remember the harmony, balance and power in this wine. A privilege to drink.
99p   (tasted 2015/10) 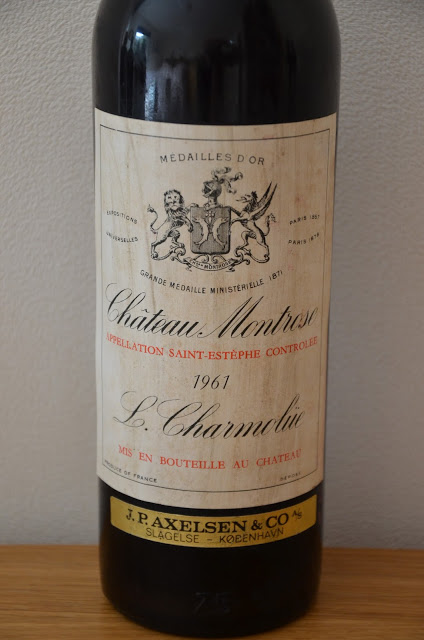 1989 Château Lafleur
In a distant paste one could actually buy Lafleur without robbing a bank or two. No more. It was time to open my last bottle of 89. This gentle giant was still on the youngish side of things and kept on evolving all evening long. And I was lucky enough to drink another Lafleur this year, the 99, which also was fantastic. Lets see if any Lafleur bottles come my way during 2016...
98p   (tasted 2015/09) 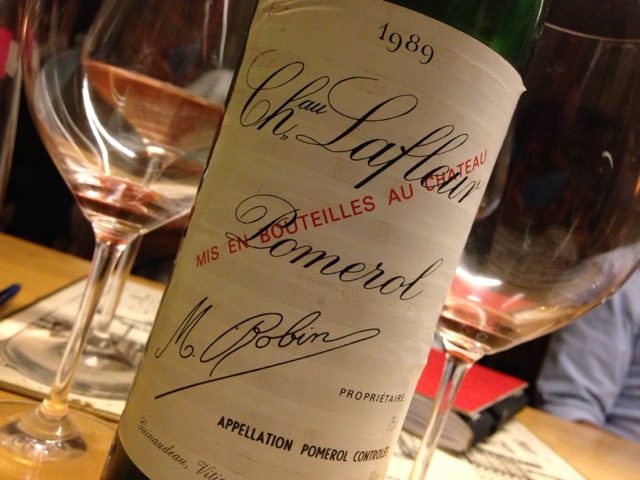 1990 Echezeaux, Jean Grivot
This Echezeaux was the star of a 1990 Echezeaux tasting I had earlier this year. This and the Engel bottle was the only two that had a future ahead of themselves, although they were in a great time and place on the evening in question. Mature Burgundy is hard to beat.
97p   (tasted 2015/03) 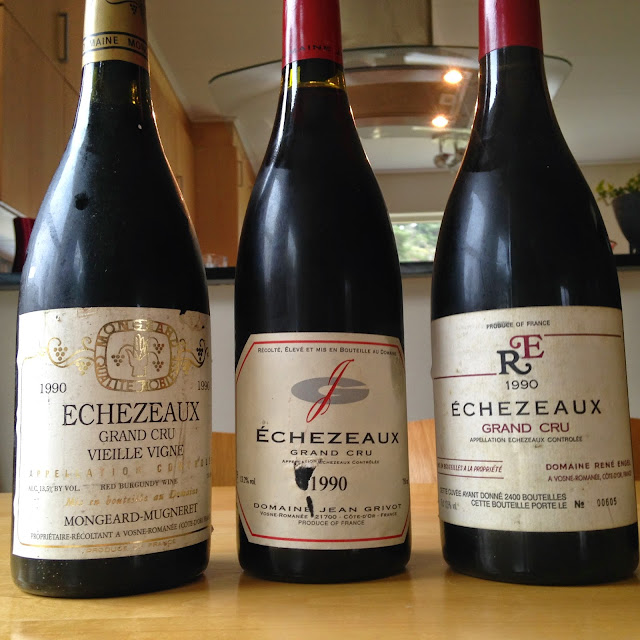 1996 Comtes de Champagne, Taittinger
I ventured when I tasted this bottle in January that it was a candidate to make this years most memorable list. And it did! To make matters even better I had the good luck to taste it again just a few weeks ago (notes are on their way...) and it was as stunning as on this occasion. For the exception of Krug, Champagne doesn´t get much better than this. And the 1995 was almost equally great.
98p   (tasted 2015/01) 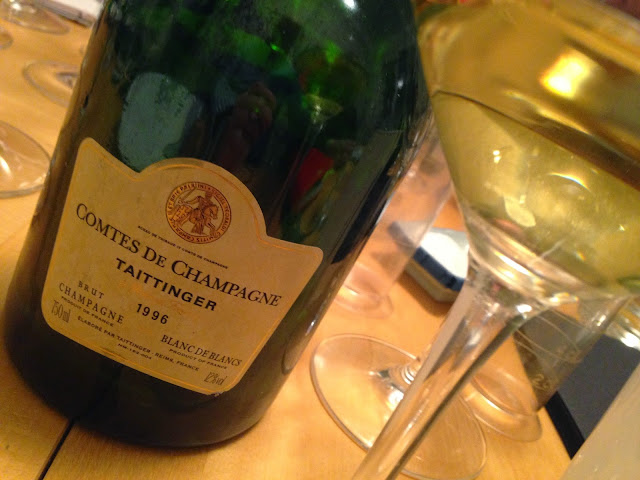 1996 Barolo Falletto di Serralunga Riserva, Bruno Giacosa
This is the only wine in this line up where I haven´t (yet!) published any notes. It was poured at Mirans late 50 year celebration (being born in 1965, wines from that vintage didn´t make up the bulk of wines tasted...:-)). Notes are on their way, but I can say that this is perfection in the making. Just wait another 10 years. When I tasted it last, in 2009, I thought it to still be very young. Six years later it seems to develop at a snails pace. But wooow, what a wine!
99p   (tasted 2015/12) 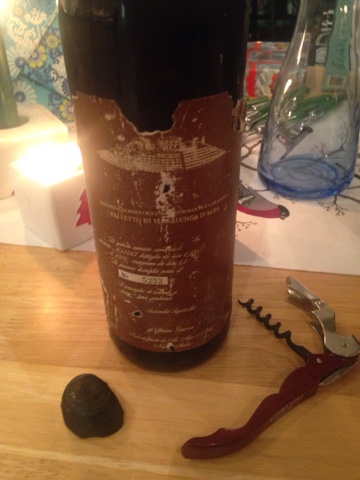 1999 Vigna d´Alceo, Castello di Rampolla
This was poured at the same tasting as the Comtes de Champagne above. I used Broadbent´s old credo in my notes - "an iron fist in a velvet glove" - and that is essential a perfect description of the 99 Vigna d´Alceo. It will continue to give the utmost pleasure for 10+ years to come.
99p   (tasted 2015/01) 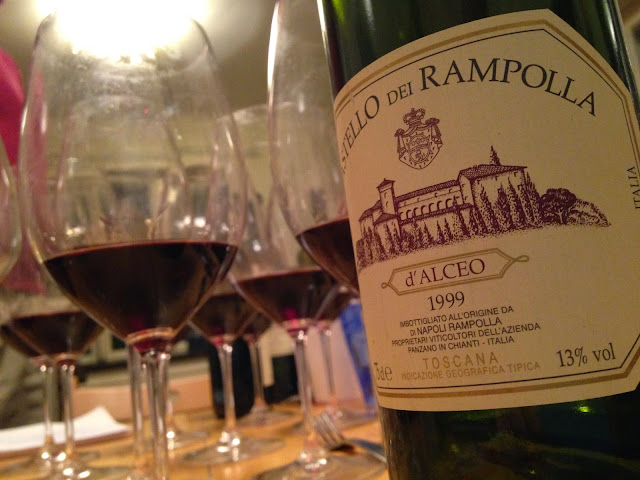 2009 Gran Claustro, Castello Perelada
Our two weeks in Costa Brava during summer presented me with the opportunity to get a chance to get to know the wines from Empordà, which the DO is called. I tasted 30 wines from 17 different producers, but the only producer I visited was Castello Perelada. The Gran Claustro was a eye opener of the quality possibly to achieve in this region. And a bottle of the 2001, tasted recently (notes are on their way) confirmed that. And the wines from this region is, relatively speaking, a bargain for their quality.
94p   (tasted 2015/07) 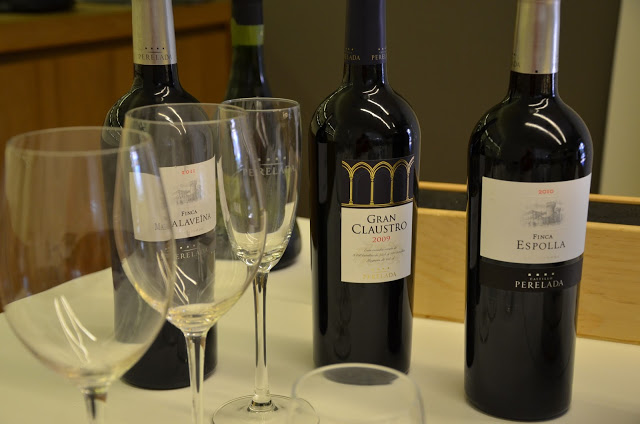 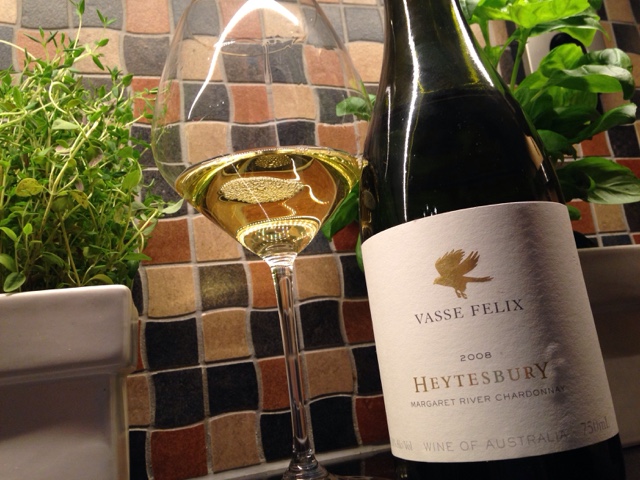 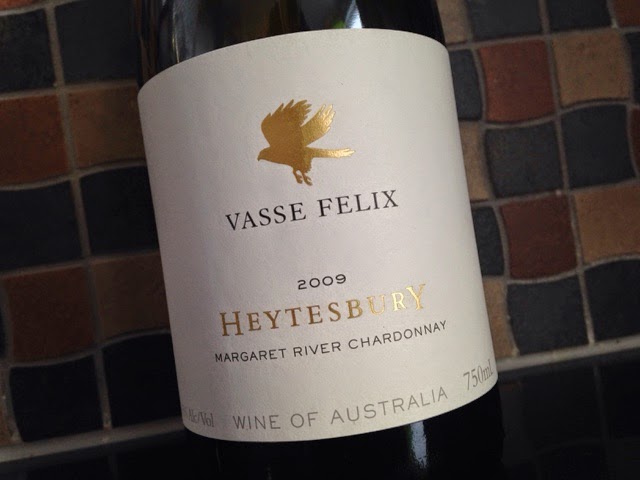 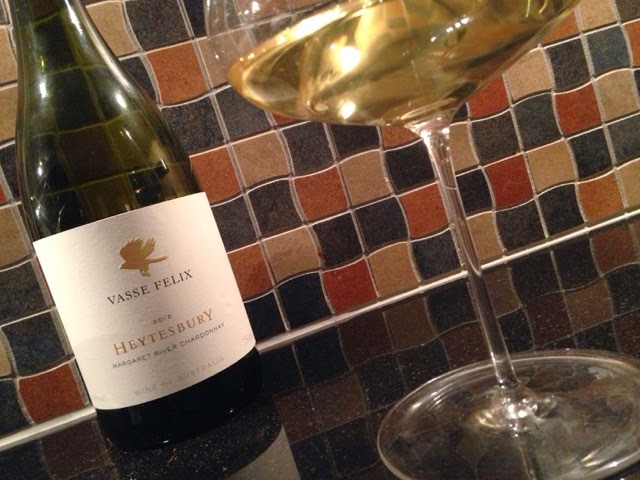