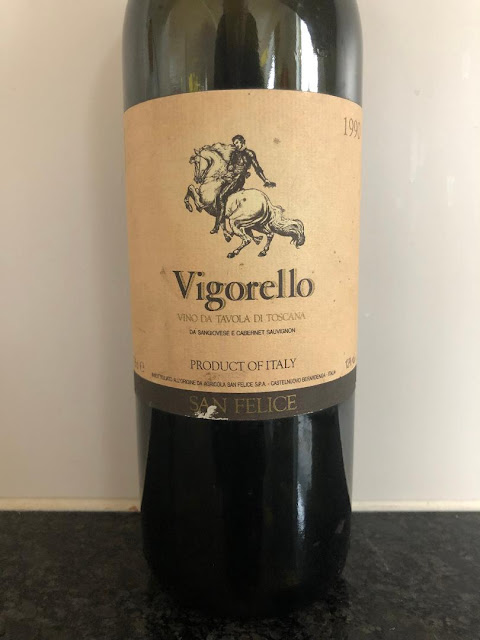 1990 Vigorello, San Felice
Vigorello was one of the first Super Tuscans with 1968 as the first commercial vintage (of which I have a bottle, I wonder if its mature enough...) Back then in was 100% Sangiovese. From 1979 Cabernet was added to the blend and nowadays the blend is roughly 60%  Sangiovese and 40% Cabernet Sauvignon.
The nose is fine and fresh, feeling younger than its 31 years, with notes of fresh stables, plums, red and black currants, tobbaco and a hint of green peppers. Very fine.
The taste is tight and refined with notes of plums, dried black currants, tiles and iron. A very fine structure. Raedy for prime time drinking but bottles like this will go on for 7+ years.
92p   (tasted 2021/09)
Posted by Joakim at 19:24