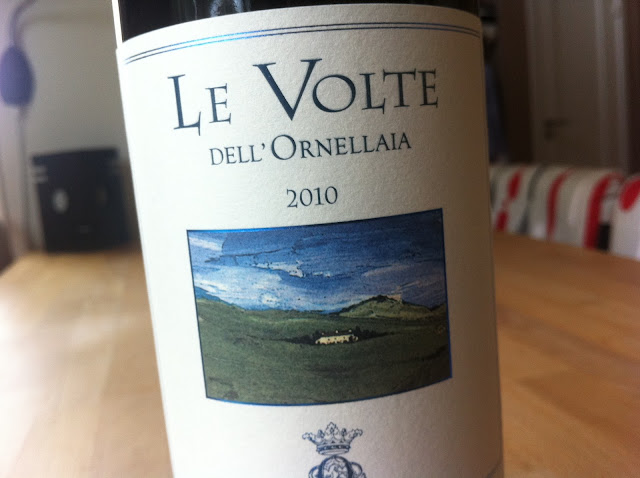 Maybe its unfair to name this very nice everyday wine that, but in a sense its true. First comes the one and only Ornellia, a masterpiece made of 52% Cabernet Sauvignon, 22% Merlot, 21% Cabernet Franc, 5% Petit Verdot. The 1988, 1990, 1997 and 2001 is as good as it gets in the wine world.
Then the Le Serre Nuove dell’Ornellaia follows. This is a real mini Ornellai, since its made of the grapes that doesn´t meet up with the high standard of the first wine, and primarily from the younger vineyards. Made up of 54% Merlot; 31% Cabernet Sauvignon; 5% Cabernet Franc; 10% Petit Verdot.
The Le Volte dell´Ornellaia is made of 50% Merlot, 30% Sangiovese, 20% Cabernet Sauvignon, and is a cuvée from different parts of Tuscany. It is aged for 10 months in barriques ranging from 2-4 years old which had already been used for the ageing of Ornellaia.
I remember buying a case of the 1997 and that was prime time drinking for some 10 years. This is usually very good value.
For more info, check out - http://www.ornellaia.com/home.html.

2010 Le Volte dell´Ornellaia, Tenuta dell´Ornellaia
The nose is open for business with nice notes of red and black currants, chocolate covered cherries, freshly grounded coffee and some oak vanilla. A fine cool framework. Very good. Although very young it is upfront friendly.
The taste is medium big, fine and a nicely put together with notes of red cherries, red currants, dry licorice, tobacco and some oak flavours. The finish is medium long and ends with a warm note. The tannins are young and nicely integrated. This is for drinking sooner than later but its a great wine on thursday evening with a salsiccia pasta. This is definitely worth seeking out. Very gulpable.
87p   (tasted 2012/04) 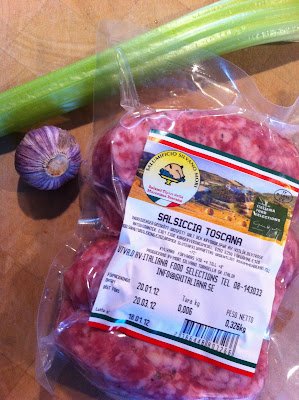 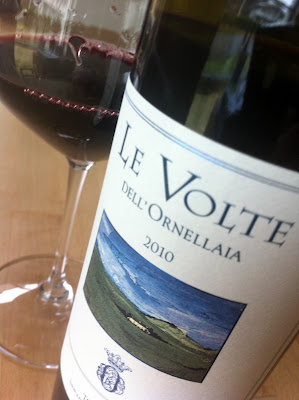