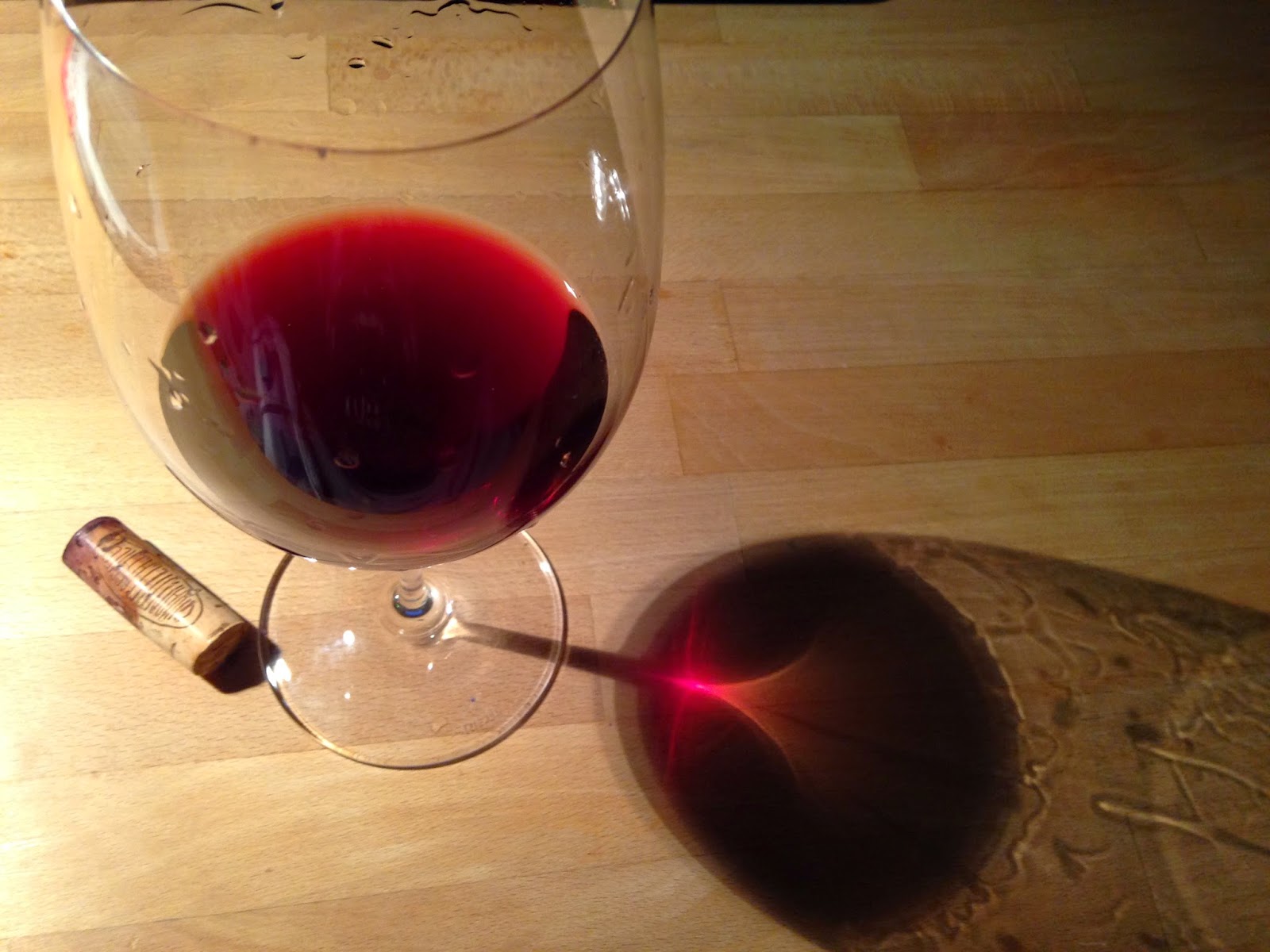 It is that time in the beginning of the new year - to reminisce over the vinous year of 2014 and remember all those great tastings and bottles. And I of course need a little help to jog my memory, this year in the shape of 2000 Blanc de Blancs, José Michel. It worked...:-)

It is hard to narrow it down to just ten bottles, but it is invigorating to impose strict rules on yourself, isn´t it..?
Here is the list, in vintage order.
A toast to an equally great 2015!

1963 Finest Dry Oloroso, Gonzalez Byass
I have said it before, and will probably say it again and again - I drink way to little Sherry. And this world class wine really showed why Sherry can be so fantastic. Interesting enough I tasted some of the worst wines of the year at the same tasting... Thanks Mikke!
96p   (tasted 2014/01) 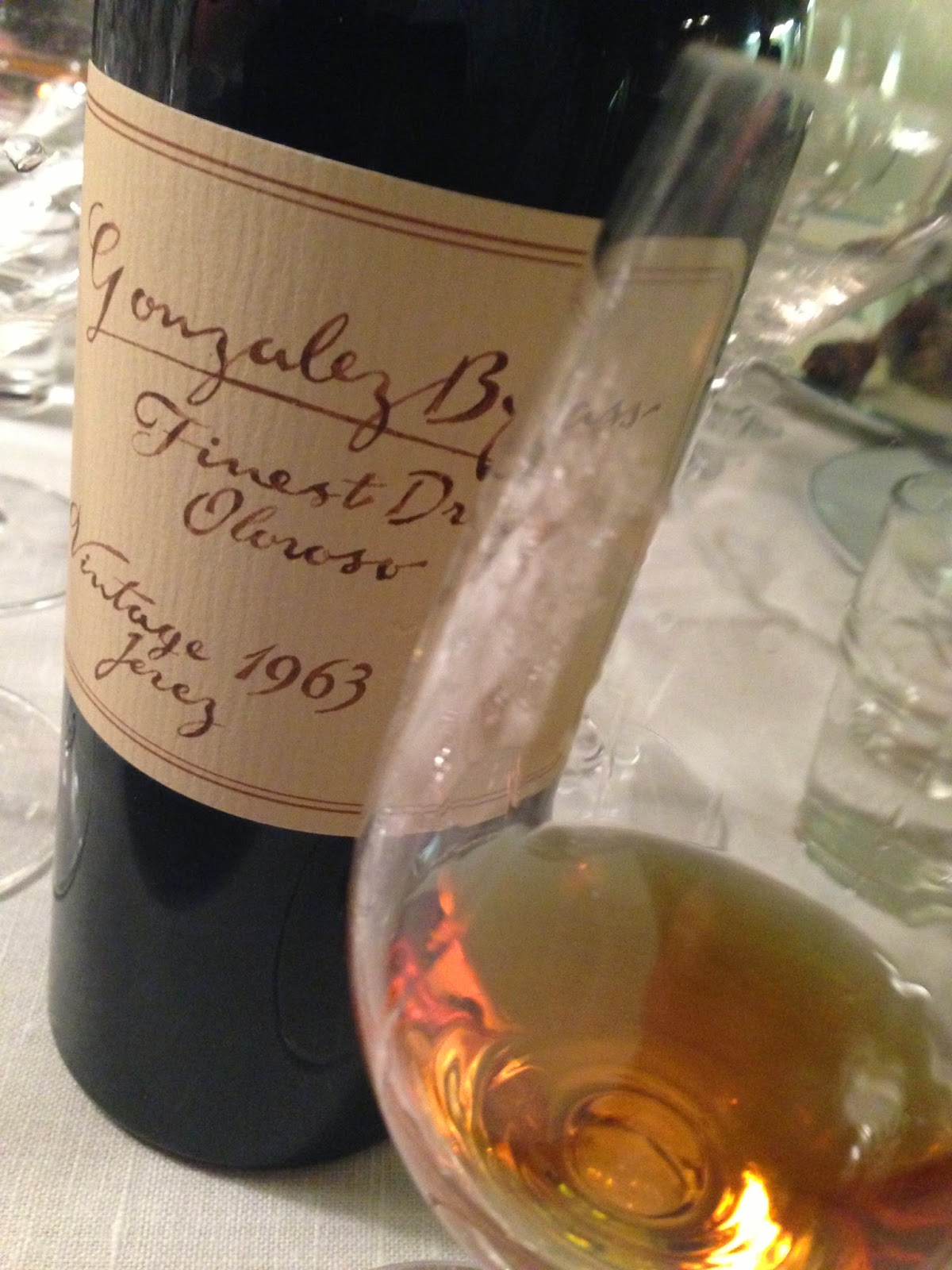 1964 Mazis-Chambertin, Remoissenet
Five 1964´s makes this years list and first up is a beautifully aged Burgundy. When Burgundy matures in this kind of way, there is not much in the world of wine that is more rewarding to drink and cherish.
96p   (tasted 2014/04) 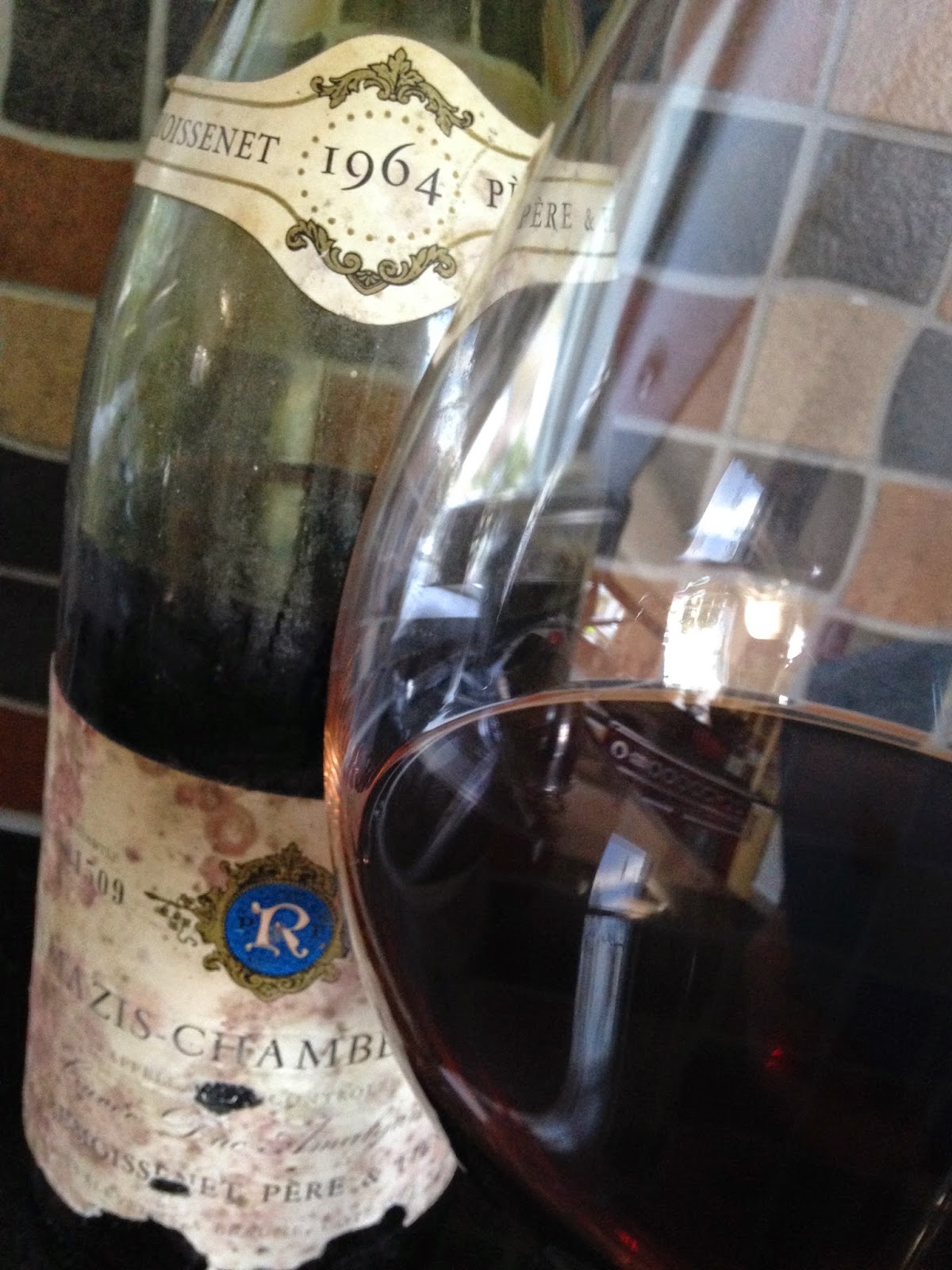 1964 Château Palmer
I described this wine in my post as a "kind of wine epiphany". And this perfectly aged Palmer was truly great from the first sip to the last. A wine to remember. Like drinking velvet.
94p   (tasted 2014/07) 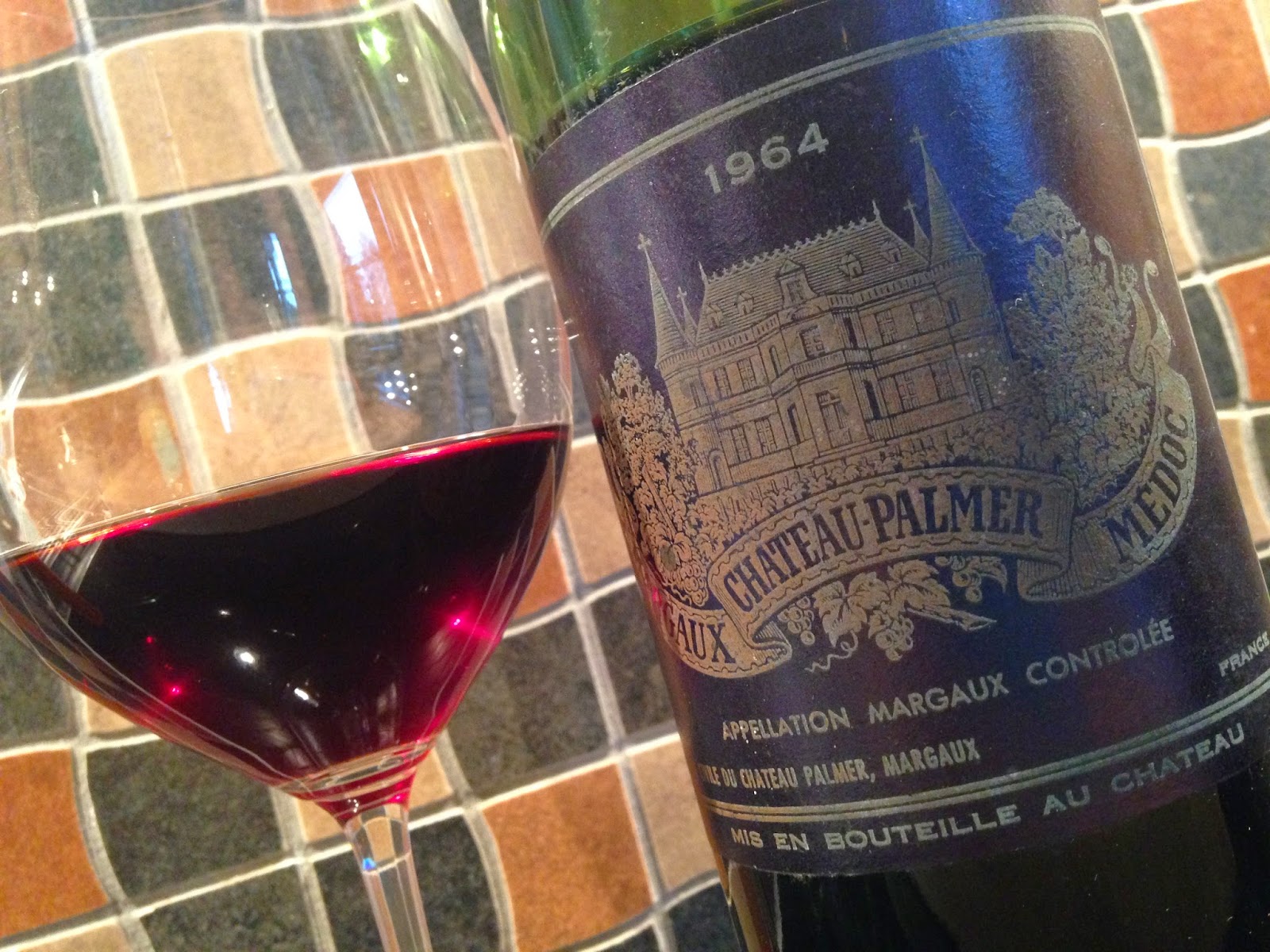 1964 Chateau Cheval-Blanc
Several of the St Emilion´s from this tasting could have made this list - Ausone, Pavie, Figeac or Pavie-Decesse. But there was one bottle that stood head and shoulders above the others. This bottle proved to be a poster child for the expression "an iron fist in a velvet glove". A truly majestic wine.
98p   (tasted 2014/10) 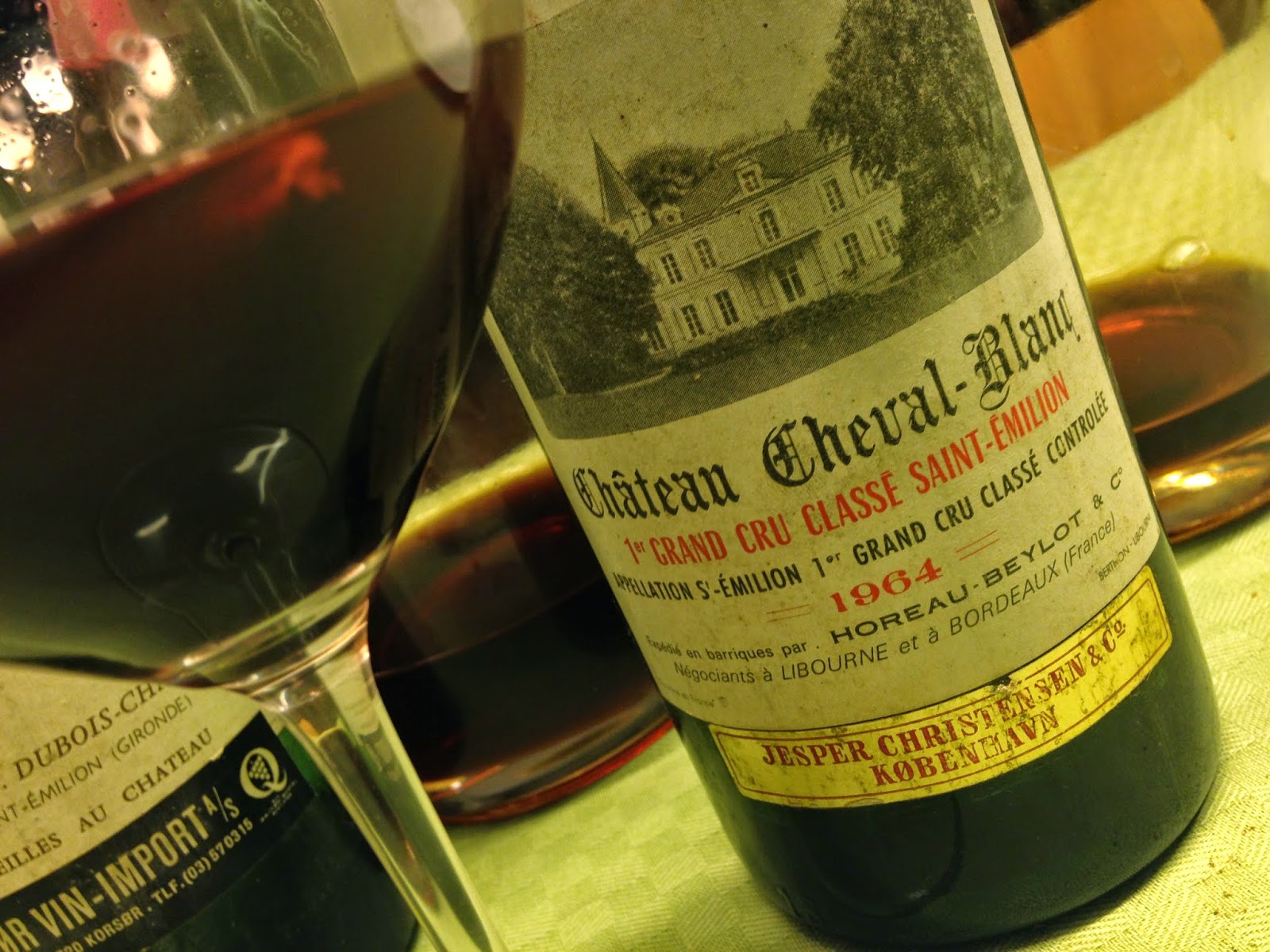 1964 Barbaresco Riserva Speciale, Bruno Giacosa
The two last 64´s to make this years list was both tasted on the night when Barolo Boys did 1964 Barbaresco and Barolo´s. This Riserva Speciale showed why Bruno Giacosa is considered to have been one of the greatest wine maker ever. And this tasting from 2009 was ample proof of that. Greatness in a bottle.
97p   (tasted 2014/11) 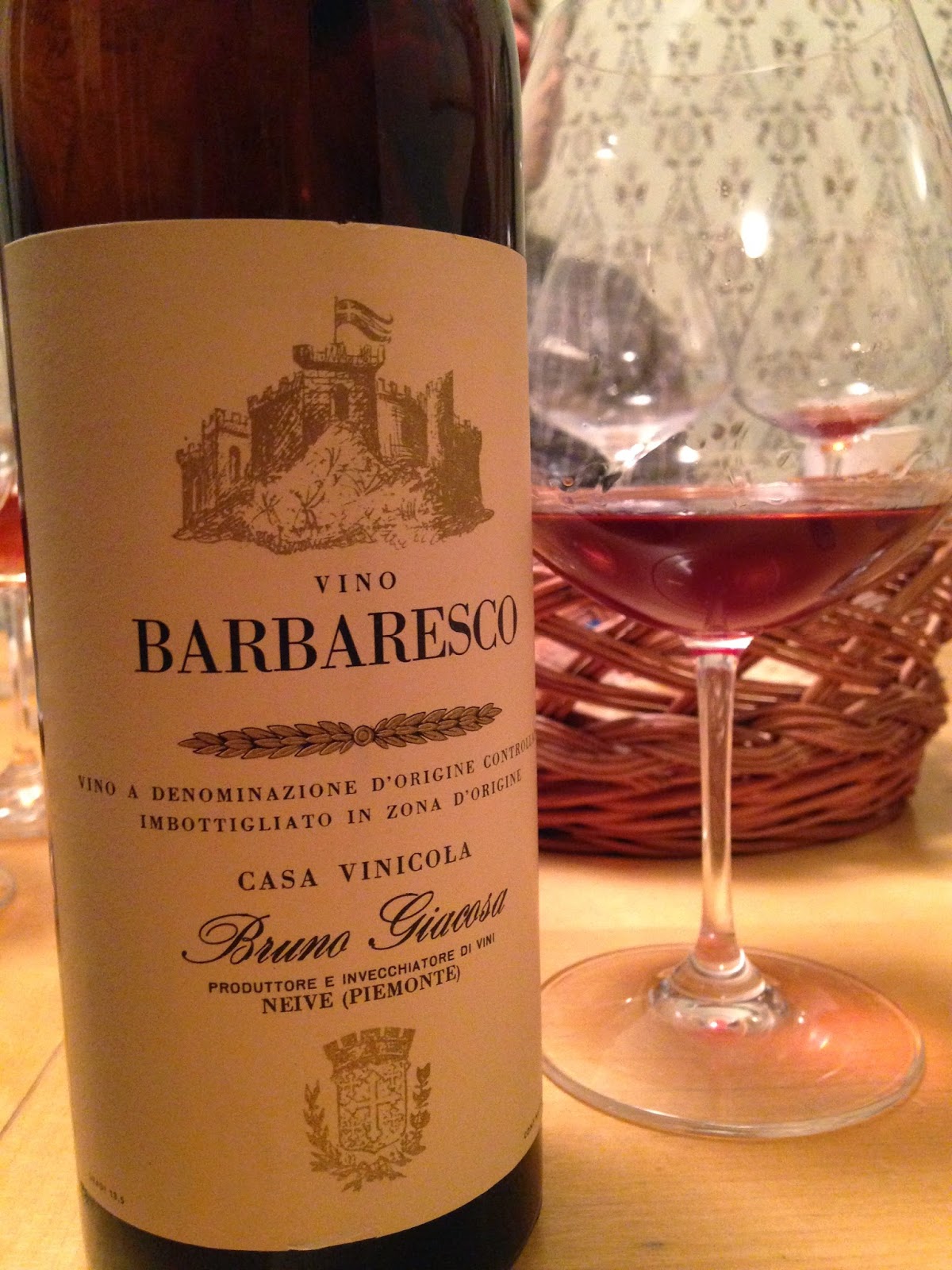 1964 Barolo Monfortino, Giacomo Conterno
And how about perfection? Probably the only time I will taste this and luckily it performed in a stunning manner. All that you ask for in a maturing Barolo and then some. It was even more perfect on day two. An amazing, breathtaking bottle of wine.
100p   (tasted 2014/10) 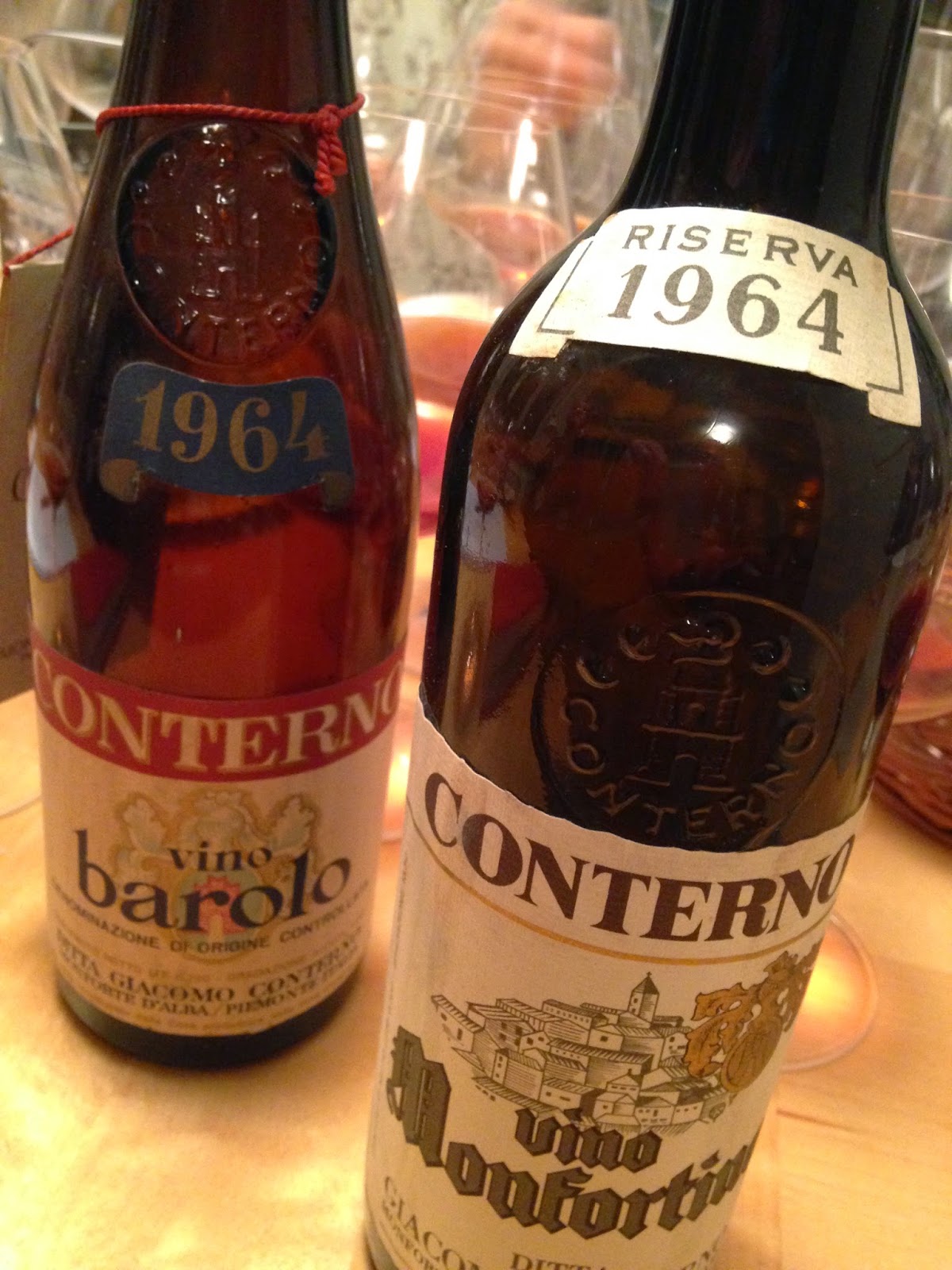 1985 Barolo Vigna San Giuseppe, Cavallotto
The rest of the list is some youngsters, or in the case of this Barolo, somewhere in between. Served at the same tasting as the Masseto below - thanks Miran! - it felt like on top of its game on that evening but will surely stay on that level for 8+ years. And the one visit that I have made to Cavallotto is one to remember, or what do you say Miran...:-)
96p   (tasted 2014/05) 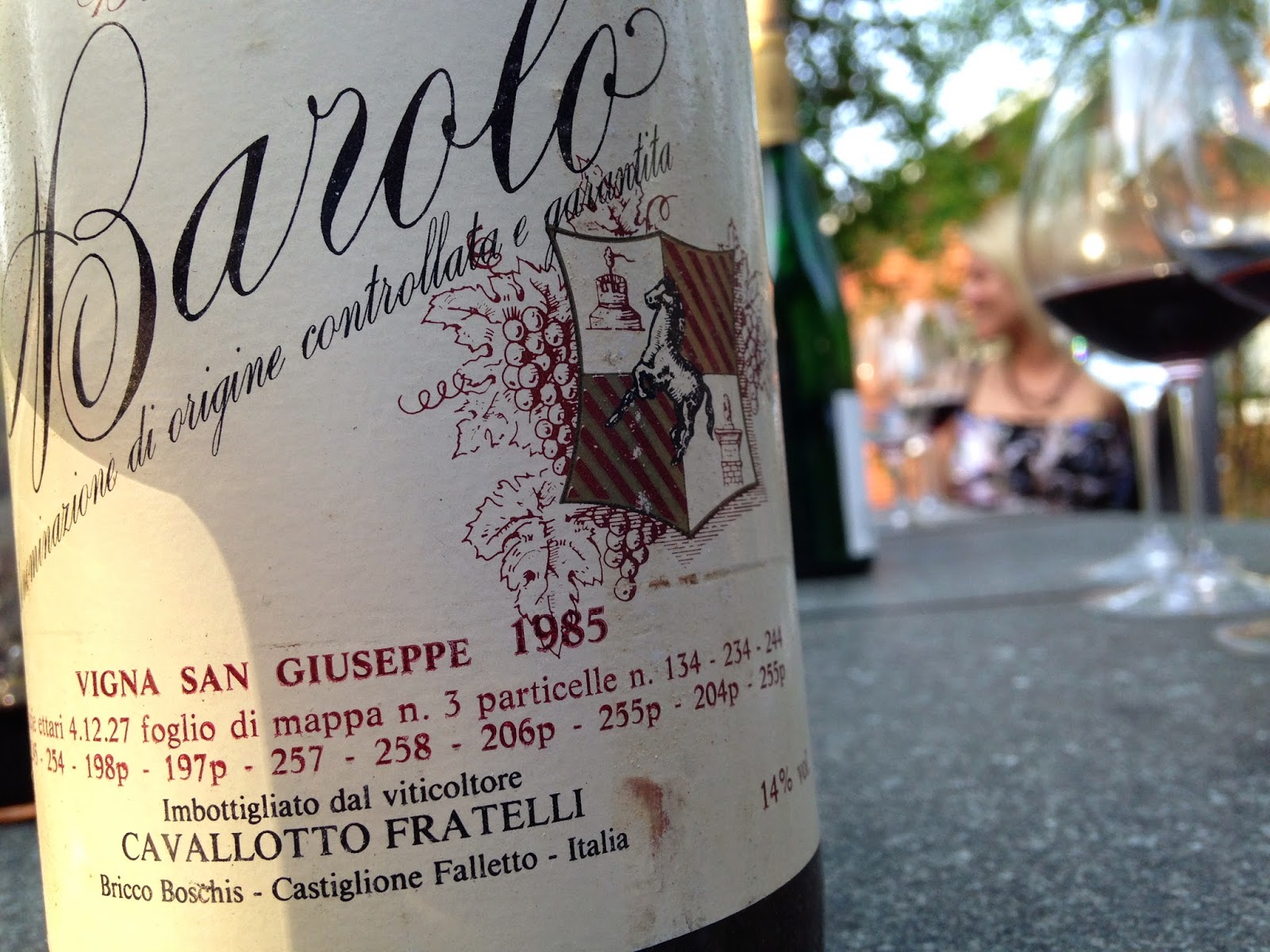 1994 Clos de la Coulée de Serrant, Nicolas Joly
Nicolas Joly made the 2012 list with his 2002. This year this 8 year older version also makes the list. Tasted during our vacation, it was one of the best wines of summer. There is something special about this expression of Chenin Blanc. Will have to get me more bottles!
96p   (tasted 2014/07) 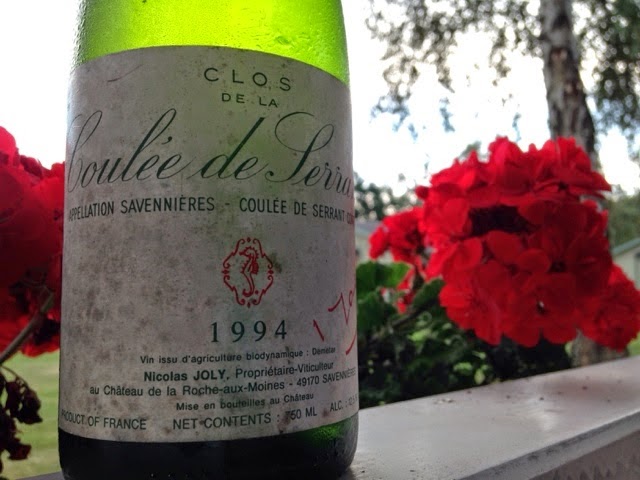 1996 Chassagne-Montrachet Les Caillerets, Jean Noël Gagnard
There is something special with a perfectly aged white Burgundy. I bought three bottles of this wine and the first was oxidised, but this one showed true greatness. I hope that the last bottle will be this great.
97p   (tasted 2014/07) 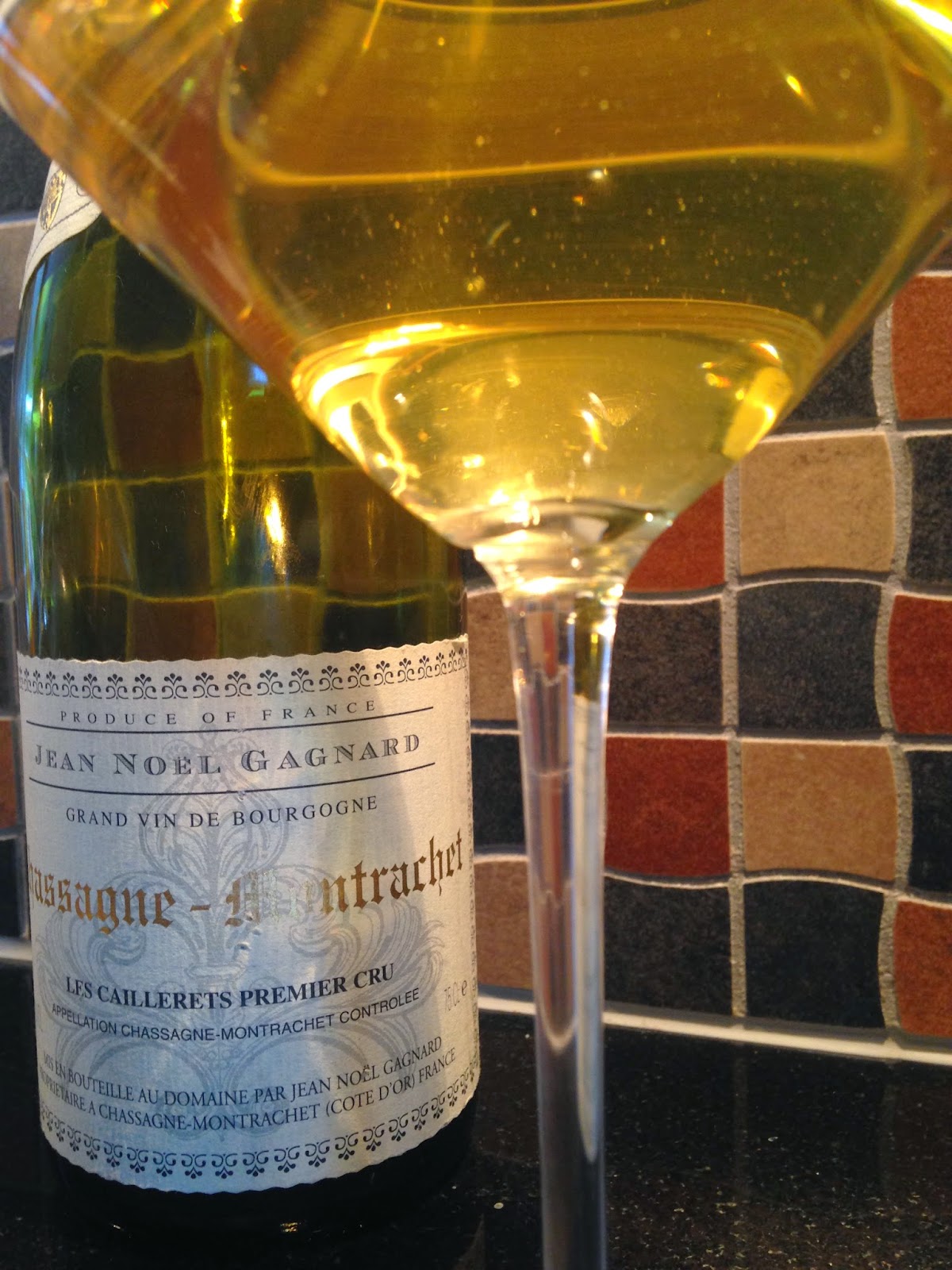 1998 Masseto
What can you say about this 100% Merlot wine? That it is one of the greatest wine on planet earth? Or that it now is (almost) prized as its Merlot friend Petrus? No matter what, I have loved every bottle of this nectar, and this year I have been lucky to drink two vintages.
The 2001 was absolutely fantastic but earlier the the 1998 proved to be a masterpiece. As it was when it made 2011 years list. And the 2004 made 2013 years list.
98p   (tasted 2014/05) 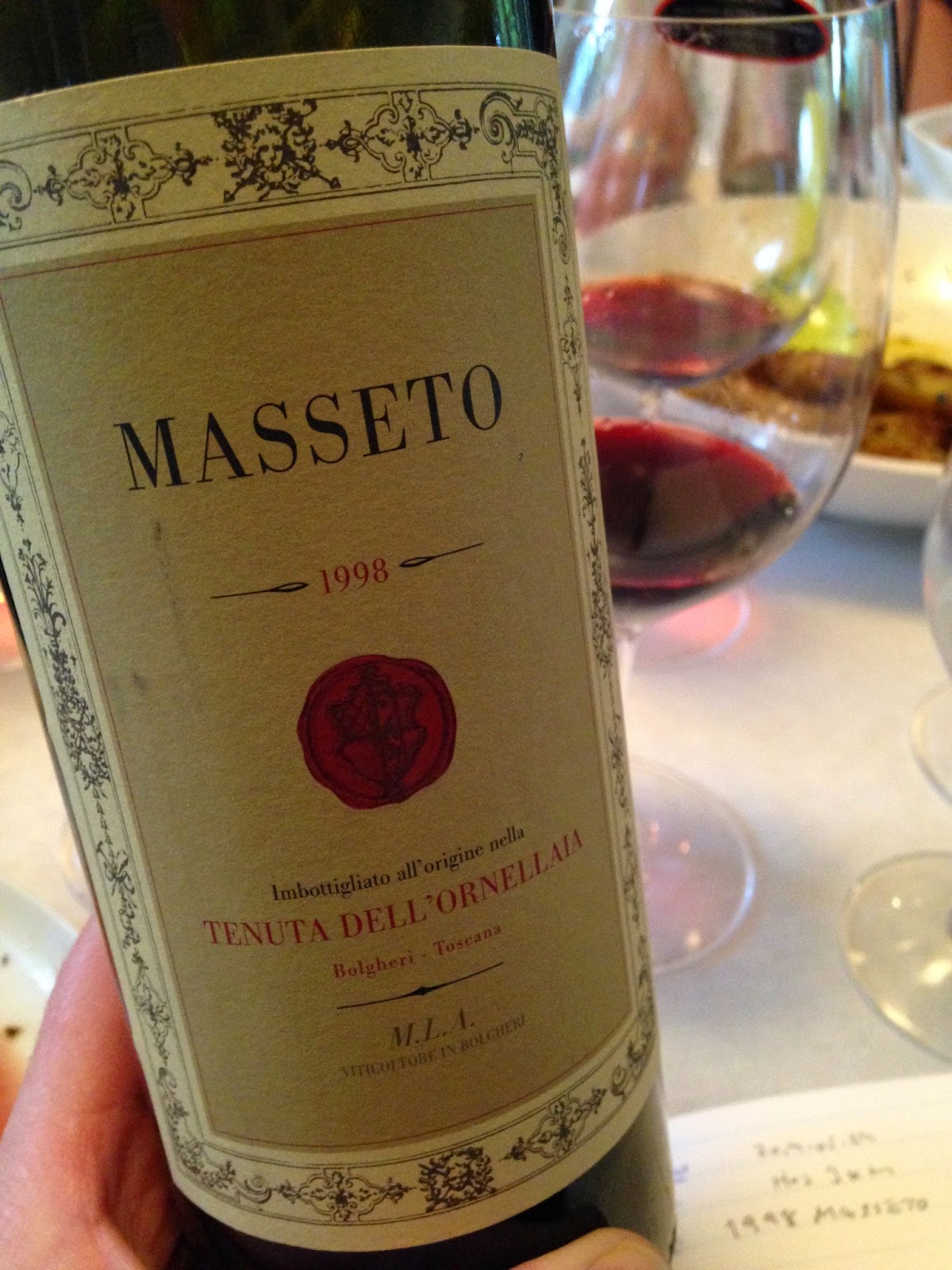