With this amount of wines tasted, I just highlight those wines that made the utmost impression on my taste buds. Since I only spent a minute of two with each wine I give an aprroximate score.

Of the whites, the 2016 Offspring, Blankbottle with a idiosyncratic blend of Semillon, Chenin Blanc, Sauvignon Blanc and Riesling shows of a highly individual nose and a fresh, flavourful taste (~91p). On to Burgundy where the 2016 Bourgogne Blanc Champ Perrier, Tessier displayes a deep, buttery nose and a refined, lingering taste (~91p).
Two bottles from Séguinot-Bordet wowed me - the 2017 Chablis with rocks, salt and a crispy acidity, a bargain for 22 Euro, (~90p) and its big sister, the 2017 Chablis Fourchaume with an old school, backwards, impressive citrus fruit and chrushed rocks (~92p). 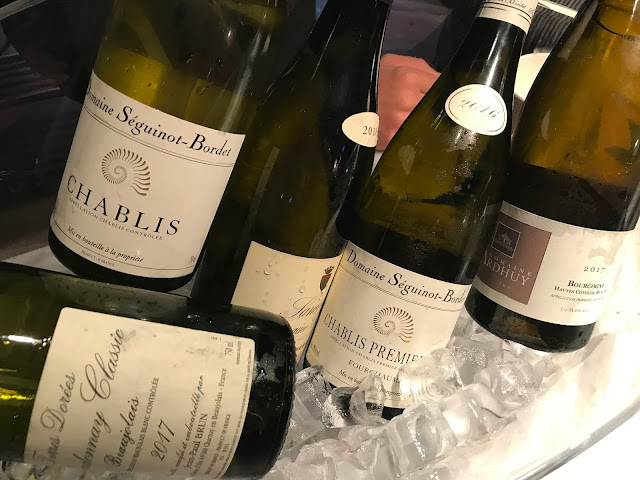 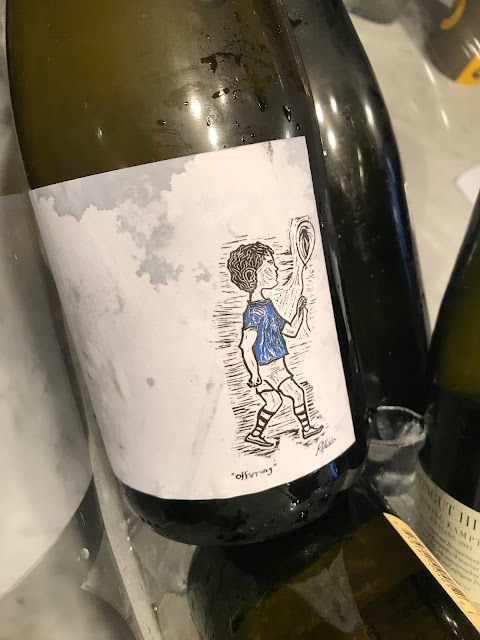 Among the reds, the 2016 Bourgogne, Terres Dorées talked to me with an old style, animal, "dirty" Pinot voice (~89p). The 2014 Château Charmail is a charming, classic Bordeaux for near term drinking and a very good drinking at that! (~90p),
From Il Poggione, the 2016 Rosso is a cool, refined creature with ease and focus (~89p) while the 2013 Brunello is deeper, darker and denser (~91p). 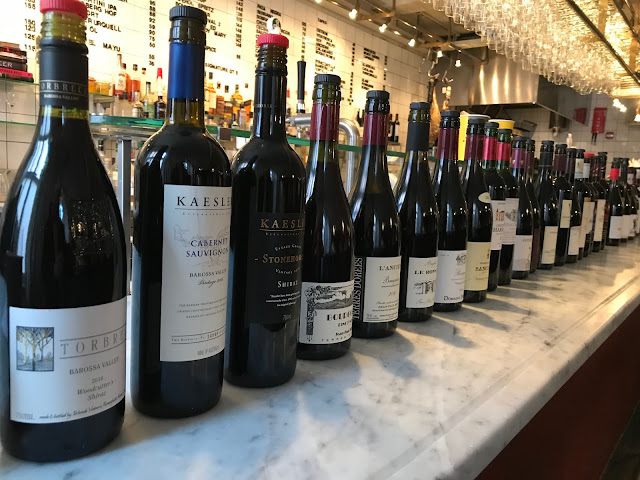 Divine usually have some of their producers present at these tasting and I got stuck at the Vite Colte table. Strange, since they are from Piedmont...
Vite Colte is a new cooperative, in that sense that they have taken the best growers from the existing cooperative Terredavino and started a new company (in 2016). They have 180 growers and 300 ha of land. I was impressed with the lineup.

Arneis! I love Arneis and the 2017 Roero Arneis Villata is no exception - crisp, flowery and herbal (~88p). The 2016 Chardonnay Fosche has a cool honeydew melon nose and a stony, fresh taste (~88p).
The 2017 Barbera Rosso Fuoco is something to buy by the case. A juicy, herbal nose with ripe lingonberries and some dark raspberries tossed in, and a fresh, light yet focused taste. A stunner for 16 Euro (~90p).
Three Nebbiolo´s were poured by Gregorio. The 2015 Langhe Nebbiolo La Malora (with 15% Barbera) shows a fine, earthy nose with mushrooms, violets and dried cherries and a long, dry taste with fine tannins (~91p). Moving up the ladder, the 2013 Barolo Essenze di Barolo display a classic tar & rose nose and a refined taste with a healthy dose of fine grained tannins (~92p). What an elegance the 2008 Barbaresco Riserva Spezie displays! 5 spices, dried flowers, paint and dried cherries makes up the nose and the palate is refined, long and pure. Really fine. (~93p). 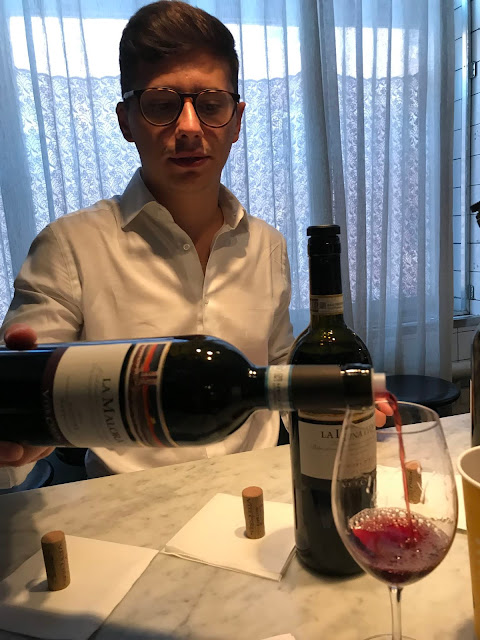 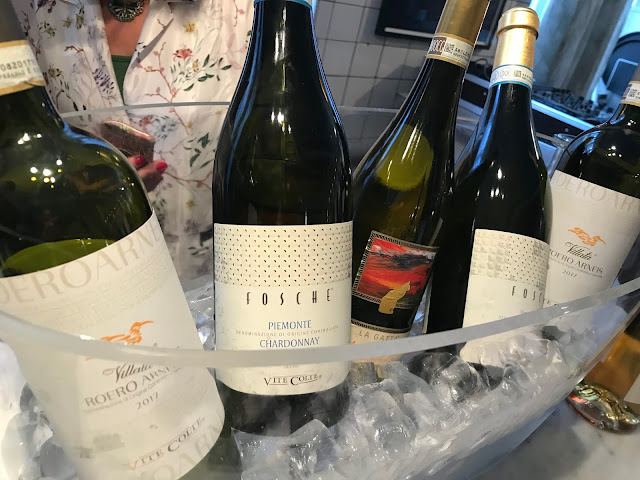 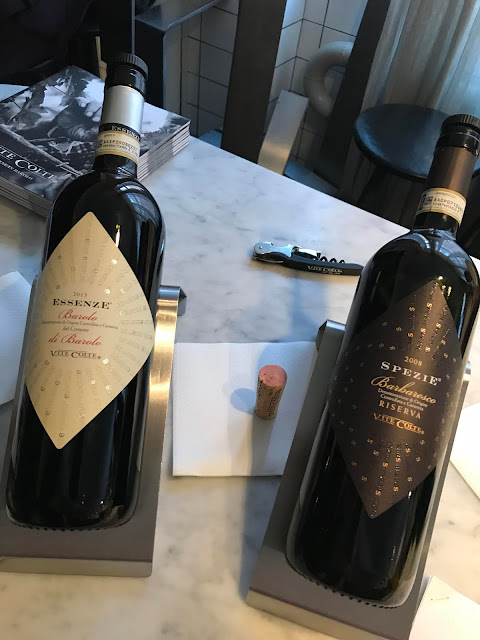 To finish my first tasting of the day, some heavy hitters were poured by Gunnar.  From magmum no less, the 2009 Fe Ciega Pinot Noir, Ojai presents a fine tuned, somewhat mature nose with forest floor, raspberries and some balsamic scents. The taste is creamy and medium bodied with lovely fruit and balance (~94p).
Two great Cabs from Spottswoode followed, the 2014 Lyndenhurst has a tight, intense nose with fine black currant fruit and some spicy, minty touches. The taste is concentrated yet refined with polished tannins and a lingering finish (~92p). The 2014 Estate is all that the Lyndenhurst is but everything cranked up to eleven, but so balanced and so fine (~94p).
The 2015 Syrah, Lilian is a stunner! Sweet violets, chrushed white pepper, veal stock and a hint, just the tiniest hint (but it brings complexity) of VA. Sooo deep. The taste is just brilliant in its purity, concentration and beauty. A must buy! (~97p). Lastly, the 2015 Old Bastard, Kaesler shows a ripe, fruity, forward nose with a long, warm, juicy taste. Big, extrovert and really enjoyable (~92p). 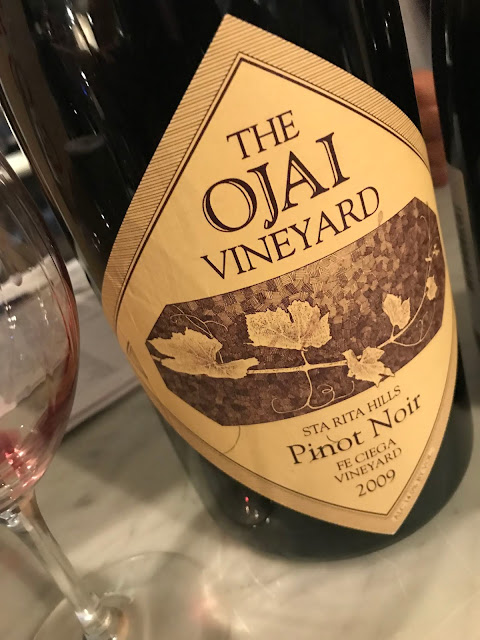 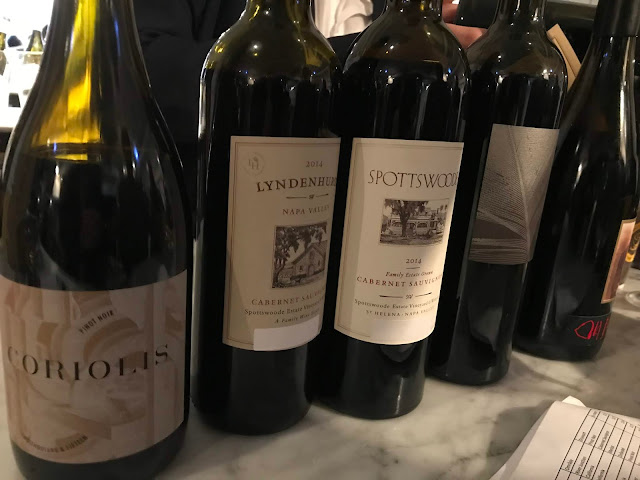 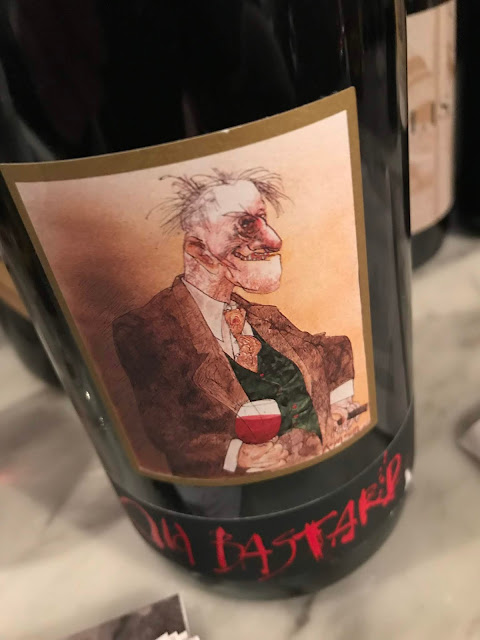