Talk about a coincidence. While rummaging around in the cellar, I have the past weeks managed to pull out three different 1982´s, from three different regions in France. Go figure.

1982 Muscadet, Château La Cormerais Cheneau
A fresh. salty and stony nose with notes of lemon peel, oyster shells, eraser and flint. A light, upfront nose. Wet stones. Good.
The taste is like licking on a salt stone with some additional notes of lemon peel, flint, wet suit and gravel. A medium sized acidity ends the slightly anemic finish. Very perky for its age, I guess you could store your Muscadet´s a bit longer than the general believe, something that this bottle proved (and the 50 year old version, tasted last year - http://barolista.blogspot.se/2014/04/six-bottles-from-greatest-vintage-ever.html)
85p   (tasted 2015/02) 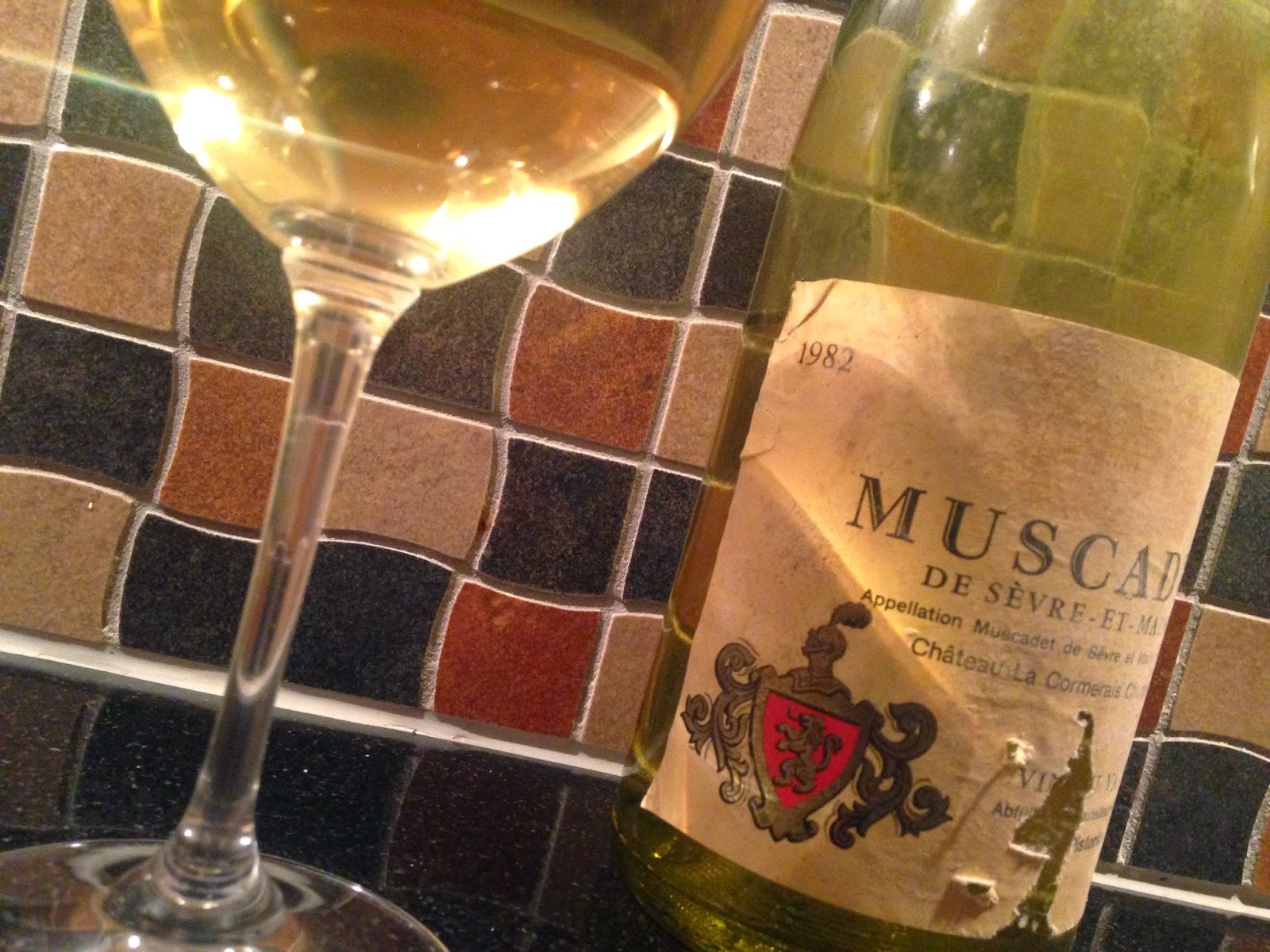 1982 Château La Tour Martillac
This has also stood the test of time. The nose is deep an mature but still with dashing notes of dried peaches, linoleum, plastic, white peppers and warm grass. A nice plumpness to the fruit. Some ripe flowers after a while. Very good.
The taste is dry, broad and clean with notes of dried tropical fruits, linoleum, sweet minerals and a touch of smoke. A very fine length with warmth and refinement. Really good. I drink way too little white Bordeaux.
90p   (tasted 2015/02) 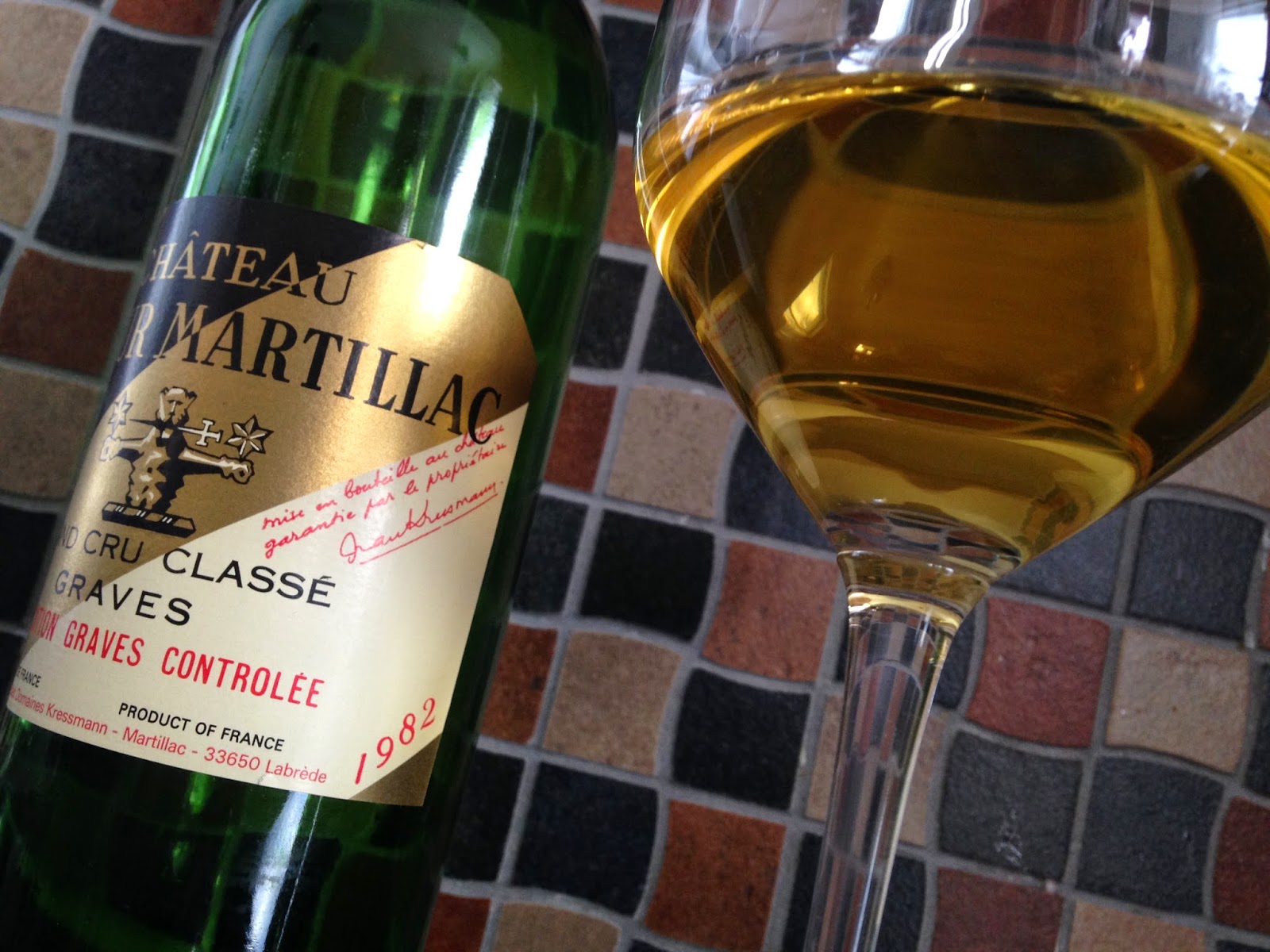 1982 Meursault, Thorin
Well, two out of three, isn´t that an acceptable batting average, considering the age of these bottles?
Fot this has gone to far, the nose is not dead, but clearly oxidized, with notes of wrinkled yellow apples, moist cellar scents and old vanilla ice cream.
The taste is dry and oxidized with notes of stale nuts, overmature yellow apples, glue and forgotten fudge. A long, warm, dry finish that doesn´t have much substance. Probably stored badly.
57p   (tasted 2015/02) 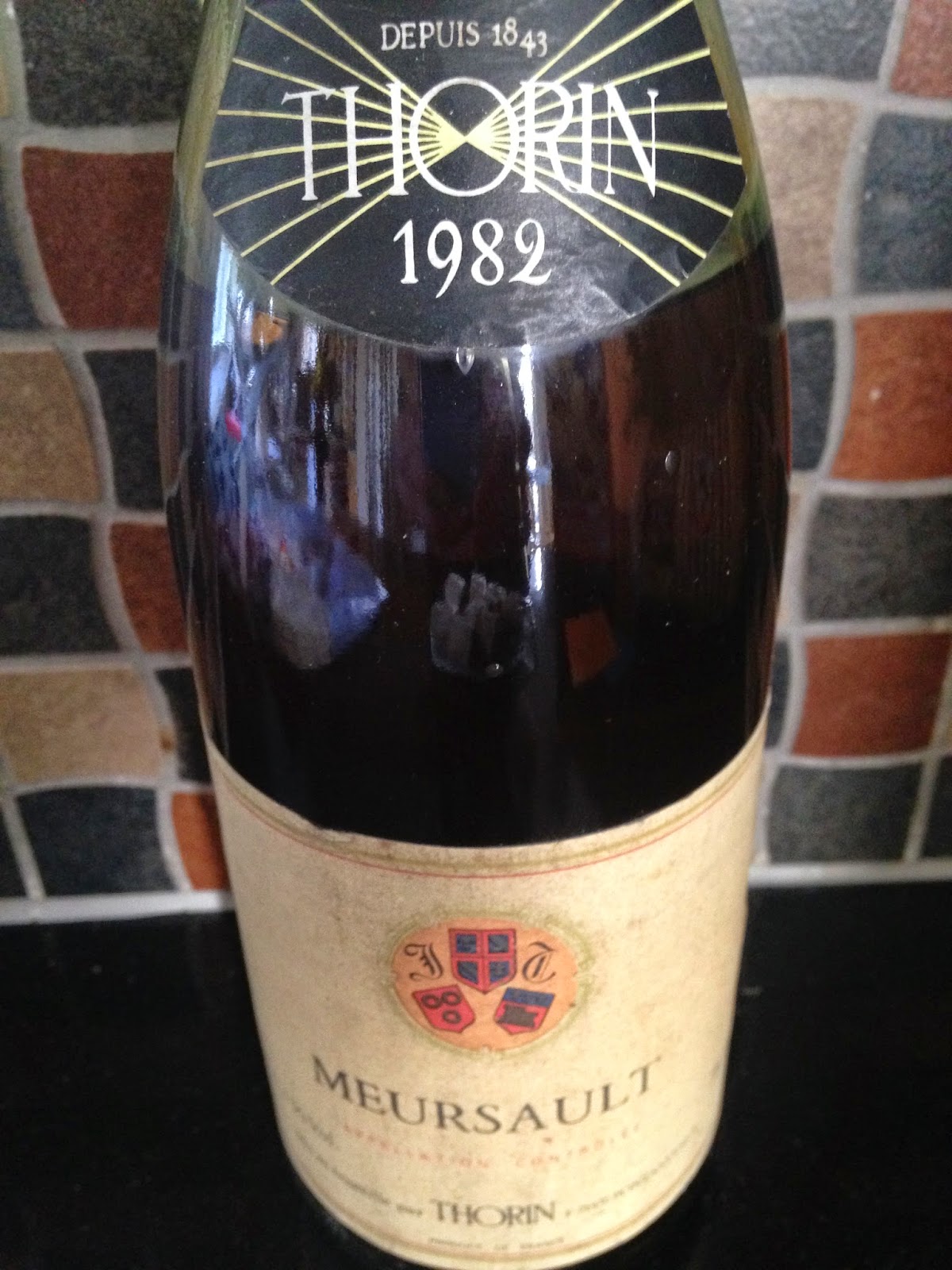