The day after Christmas Eve it is tradition that we finish the Christmas ham of with a Pommes Dauphine, a sallad and some wine of course!
I opted for a dynamic duo from La Tour Carnet, but it turned out to be a solo performance because of the ugly cork monster. I backup was needed and I found a mature Pomerol. 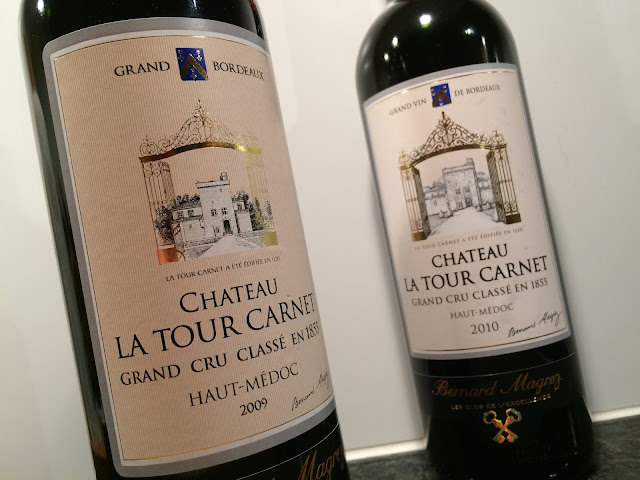 2010 Château La Tour Carnet
This 60% Merlot, 34% Cabernet Sauvignon, 5% Cabernet Franc and 1% Petit Verdot blend needs a couple of hours to really show it stuff. Then it displays a deep, concentrated nose with notes of graphite, ink, ripe black currants and blueberries, plums and dark flowers. Rich and promising, still very young.
The taste is tight and intense with notes of blood and iron, minerals, plums, violets and cherry seeds. A long, distinct finish with broad shouldered tannins. A fine concentration. Needs at least 8 years. Very promising.
La Tour Carnet actually had a Swedish owner during the 18th century and half of the 19th.
92p   (tasted 2017/12)

1996 Château Ferrand
A mature, deep, inviting nose with notes of dried plums, fir wood, wet dog and Christmas spices. A hint of green peppers. Very nice.
The taste is dry, cool and spicy with notes of dried red and black currants, plums, cigarette ashes and dried flowers. A fine, dry ending. Fully mature and maybe then some but a nice mouthful of mature Pomerol.
87p   (tasted 2017/12) 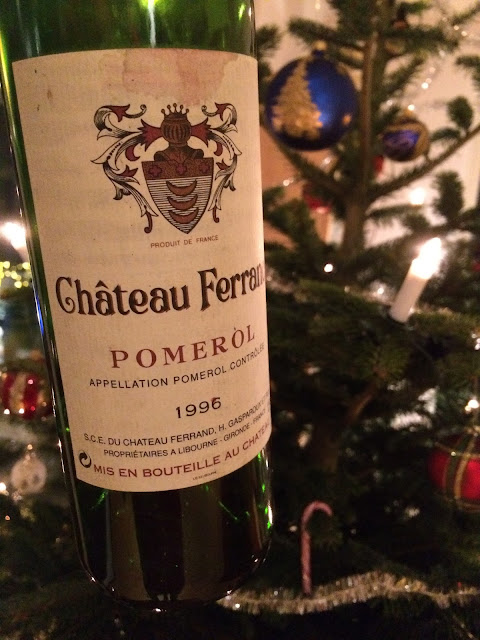