It has been a while since the last Part. The state monopoly doesn´t seem to release any bottles any more, or at least very long between.
I could of course buy from other places but lately there have been bottles of Barolo delivered from seemingly everywhere...forgetting the joys of California Cabernet - that has to be rectified!

2013 Cabernet Sauvignon, Mount Eden   (Santa Cruz)
A very deep and at the same time a tad stifled nose with notes of charcoal, ripe black currants, plums, expensive leather and Cohiba cigars. Tight and concentrated. Very deep and laid back with a stern black fruit experience. Needs plenty of time.
The taste is tight, concentrated and ample with notes of black cherries, black currants, lead pencil shavings and sun baked rocks. A very long, rich taste with a notes of chestnuts and scorched earth. Very focused. Not as open and immediately rewarding as the 2012 tasted a year ago. This will need at least 8 years in the cellar. Very, very promising in a strict, backward way.
78% Cabernet Sauvignon, 10% Merlot, 10% Cabernet Franc and 2% Petit Verdot.
94p   (tasted 2017/12) 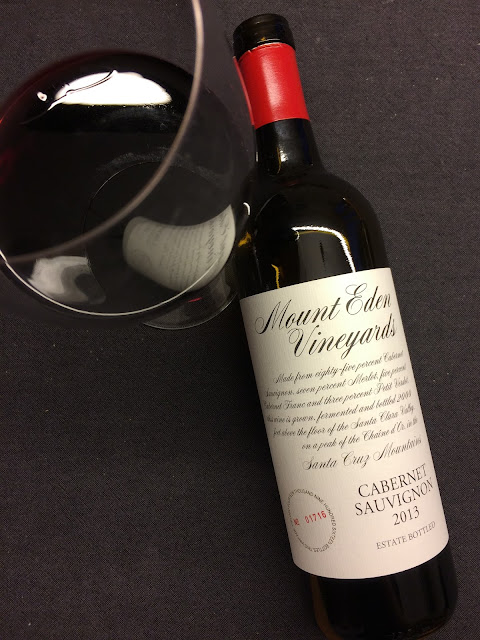 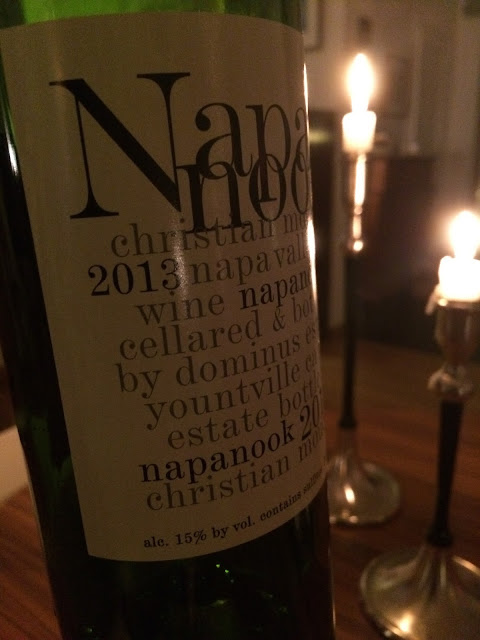