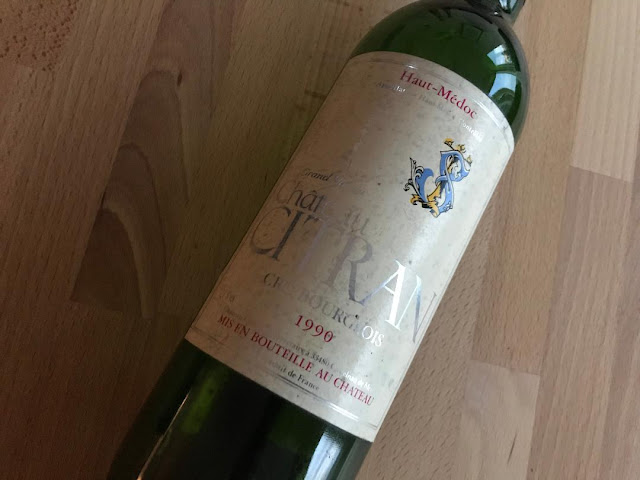 1990 Château Citran
The 90 was made during a short period (1987-1996) when Citran was owned by a Japanese company that made huge investments in the estate. And it shows in this wine.
The nose is that of a classic aged Bordeaux, with fine notes of leather, cassis, dry tobacco and fine barnyardy aromas. Very nice and in a perfect mature stage.
The taste is medium bodied and dry with notes of dried red and black currants, some iron, autumn leaves and tobacco leaves. A tad short though. Better, and livelier on the nose. A fine dryness. Bottles like this should be drunk sooner than later (and this bottle had a great level for 28 year old wine, see below).
88p   (tasted 2019/08) 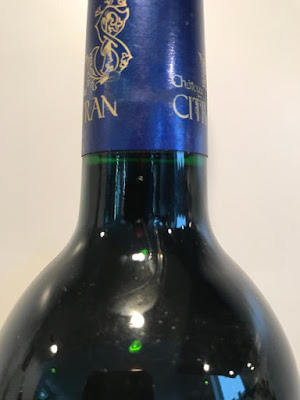