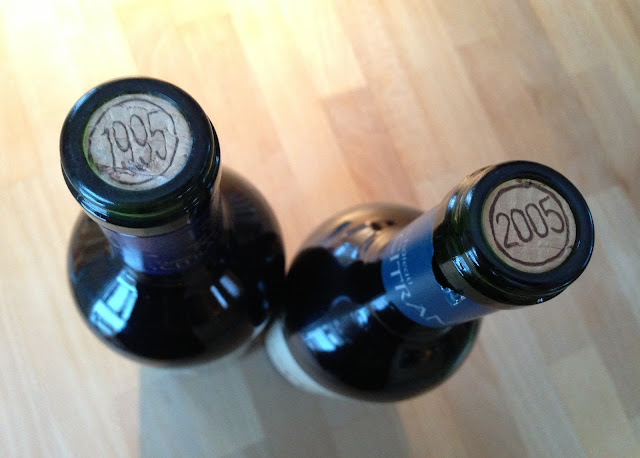 Last time I tasted the 1995 Citran was in 1999, and then I thought it was a really fine, young Bordeaux, scoring it 90p. It was fun tasting it again, 14 years later, and with its 10 year younger sibling.

Château Citran has a long history, before being bought by the Clauzel family in 1832, it belonged to the Donissan family for six hundred years. In the middle of the 18th Century Citran achieved a higher price than Lynch-Bages and Pontet-Canet.
Parker thinks that since 1987 the quality of Citran is equivalent of a Médoc fifth growth.
Citran consist of 58% Cabernet Sauvignon and 42% Merlot. More info here. 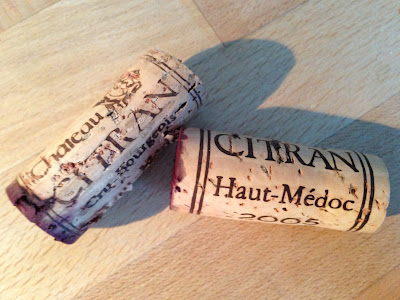 1995 Château Citran
A fine, fairly mature, low keyed nose with notes of fresh stables, red and black currants, saddle-girth, cold coffe and a fine herbal note. Not that deep but very satisfying. With air a delicious scent of warm grass appears.
The taste is taut and fresh with a fine maturity and notes of cool cassis fruit, dry leather, graphite and some dried herbs. The finish is medium long and ends dry. I would say that this maturitywise won´t get any better. But last night this was a fine mouthful of traditional Bordeaux.
87p   (tasted 2013/03)

2005 Château Citran
The nose on the 10 year younger version is much more upfront and "modern", with lots of sweet black currants, oak vanilla and sweet flowers. But after two hours in the decanter it has transformed to a much more traditional version, with pencil shavings, tobacco and warm tiles. Very good.
The taste is young and steady with black currants and cherries alongside warm notes of tobacco, dark chocolate, hyacinth and some fine minerals at the end. This is really good and will surely evolve some more the upcoming 5+ years.
90p   (tasted 2013/03) 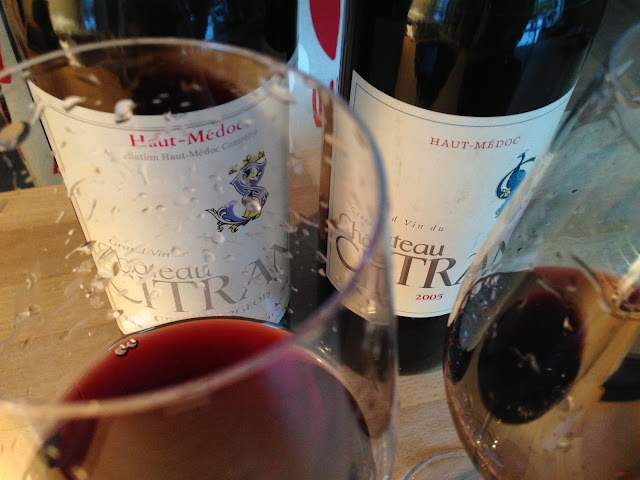