1993 Brunello di Montalcino, Argiano
This opens a bit murky but that soon blew away. After some time their is fine notes of dark cherries, licorice, muscovado sugar, rosemary bushes, forest floor and dried flowers. A fine warmth. But it goes back and forth on the nose, from very good to a touch murky. Fully mature.
The taste is mature, warm and broad with lot of ripe cherries, balsamic vinegar, licorice, violets and a warm gravel road. The tannins and acidity still carries the structure but I wouldn´t save this for much longer. Good though with a home made pizza with truffle salami!
87p   (tasted 2013/03) 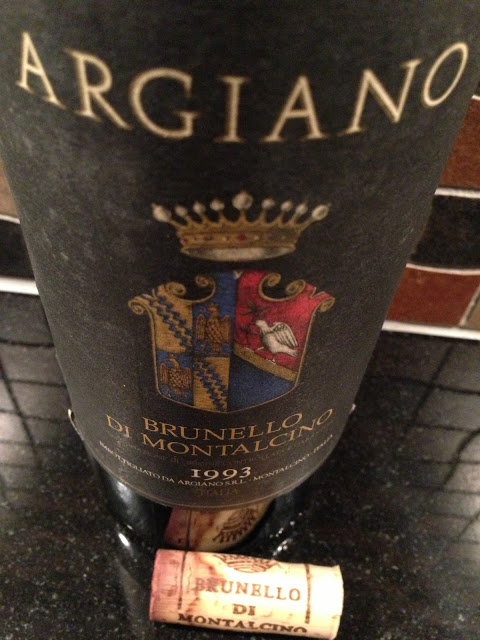 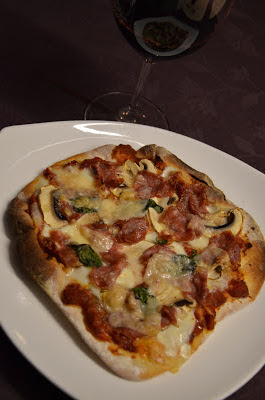 1999 Brunello di Montalcino, Argiano
At first just a touch of cardboard, but it soon evolved to a full frontal cork damaged wine. Interestingly enough, this was my first corked Brunello. So far 48 bottles tasted and this was the first cork damaged wine, I think that is a pretty good track record. But still, a bummer...
Corked!   (tasted 2013/03) 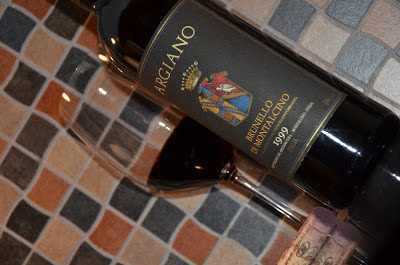