Its seems like this bottle comes from a Coop which I haven´t seen or heard of before. Bought for a song, I thought I would give it a try on this, one of the last days of this years summer vacation.
Summer and summer - when we went out running this morning it was 9 degrees Celsius outside...

1997 Barolo, Vecchio Piemonte
It opens a bit funky but with one hour breathing time the nose is much better with notes of dried cranberries, crumbling rose petals, a hint of wood smoke and a touch of cocoa. Not bad. It shows some treats of this hot year, but in a good way. Keeps on evolving throughout the evening.
The taste is initially a bit hard and rustic but with time it soften up and displays notes of dried mushrooms, red currants, rosehips and a some wood. There is still some supporting, rugged tannins in the finish. Maybe a tad hollow in the middle, but this is better than I had expected.
86p   (tasted 2016/08) 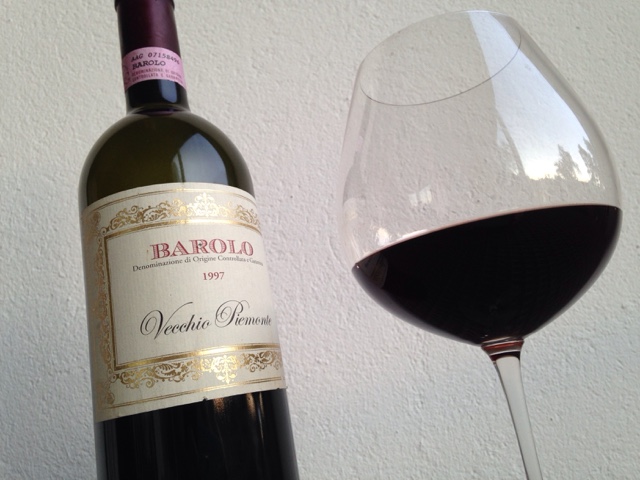