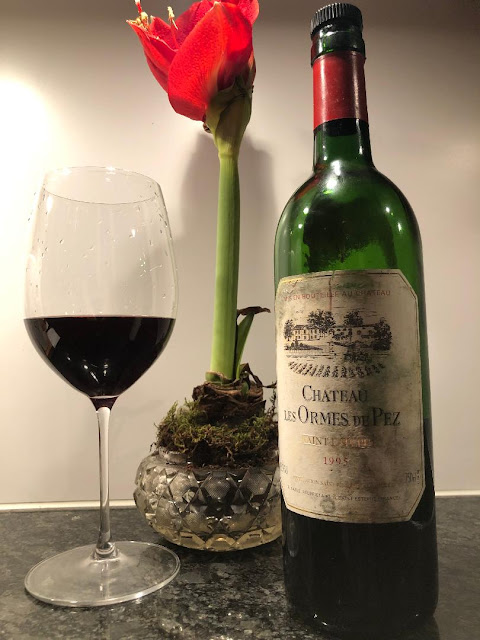 1995 Château Les Ormes De Pez
If you were suppose to believe the Man from Monkton, this should have been drunk 20 years ago. In his Wine Buyer´s Guide (Sixth Edition from 2002) he writes - "an attractive, soft, round....claret / an easygoing finish, this wine should be drunk during its first 7-8 years of its life". That would mean 2002-2003...
Well, 20 years later this -95 is not just alive, its gets better and better with a couple of hours after pulling the cork. The nose is medium deep, cool and fine with notes of dried black currants, iron, lead pencil shavings and autumn leaves. A very fine maturity.
The taste is soft and round (I will give him that...) with fully resolved tannins and notes of dried black currants, dry tobacco, earth and iron. Very good. I would guess that it has hit its apogee but bottles like this would go on for 5+ years.
87p   (tasted 2022/02)
Posted by Joakim at 21:05