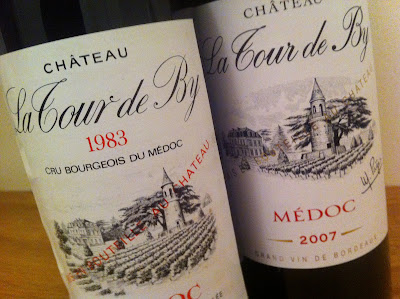 This was a nice comparison - two vintages 24 years apart. The 1983 came from a mixed auction case and have rested in the cellar for some years. The 2007 was bought just the other week from the Sweden state monopoly.
The 2007 has a lot of information to give, both on the back label and on the estates website. It contains 60% Cabernet Sauvignon, 35% Merlot and 5% Petit Verdot - a classic Bordeaux blend, at least from one side of the river. It has been brought up for 12 months in French barriques, of which 30% is new.

I guess that the 1983 have, more or less, the same composition of grapes. In David Peppercorn´s Bordeaux from 1991, he states that La Tour de By is made of 65% Cabernet Sauvignon, 32% Merlot and 3% Cabernet Franc. The same main ingredients, but the Cabernet Franc is exchanged for Petit Verdot in the 2007.
But I doubt that the level of new barriques in 1983 was that of the 2007.

Well, on to the wines! Both wines just popped and poured. 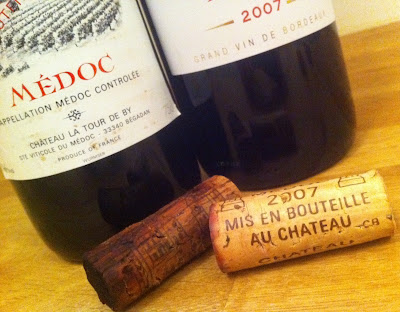 1983 Château La Tour de By
At first a rather shy nose, but with air lovely mature scents of mature red apples, old leather, sweet lingonberries, tobacco and saw dust emerge. A nice soft nose. Has a mature complexity, although not being a Grand Vin. Autumn leaves. Very good.
The taste is vibrant, tight and fine with cool red fruit - lingonberries, red currants and red cherries. The tannins are soft but lingers on nicely in the finish. Becomes warmer with air. And it doesn´t loose any momentum for all of the evening. A very nice mature Bordeaux!
87p   (tasted 2012/01)

2007 Château La Tour de By
A young, big, fresh nose with lots of sweet black currants and bluberry fruit, paired with notes of new leather, freshly grounded coffee and some vanilla oak flavours. Good. A nice warmth. With air a scent of cookie dough (with vanilla) (almost) take over. The nose becomes more sweet with air, and the sweetnees muddles the other aromas. It is best when freshly poured.
The taste is better with a nice core of sweet black and red fruit, sweet polished tannins and a fresh acidity that effectively cleans the mouth. Young and sharp. Very good.
85p   (tasted 2012/01)

I would definitely like to find some older vintages of this château - I guess they could be had at a relatively modest price. 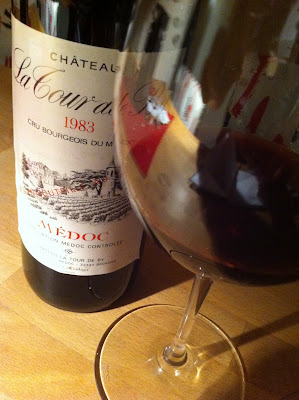 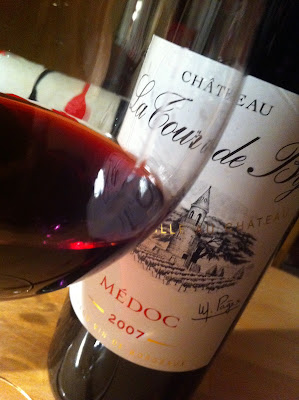