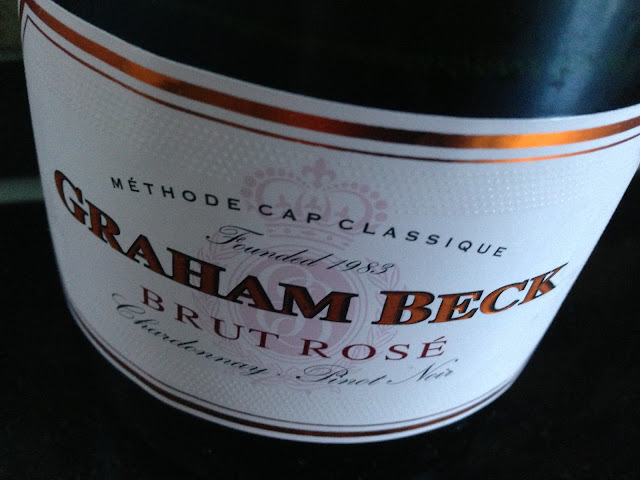 This was handed out to me by Prime Wine as a tasting sample. I opened it tonight when we was having a shrimp cocktail as appetizer, and while not being a grand vin it behaved very nice with that dish.

NV Graham Beck Brut Rosé
The nose needs some coaxing of the glass to get some aromas of wild strawberries, not yet ripe raspberries, rhubarb and a hint of cap gun smoke. Not that deep but with a nice character.
The taste is smooth, pure and cool with notes of lingonberries, raspberries, blood oranges, earth and some steely flavours. There is a fine dryness at the end of the taste, that in all honesty is rather short. But with the shrimp cocktail it performed without complaint, especially after that I had mixed in a few drops of blood orange juice into the shrimp cocktail. Then in was a great match. And for approximately 12  Euro it is definitely a bargain.
85p   (tasted 2013/06) 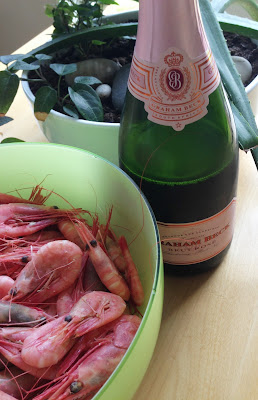