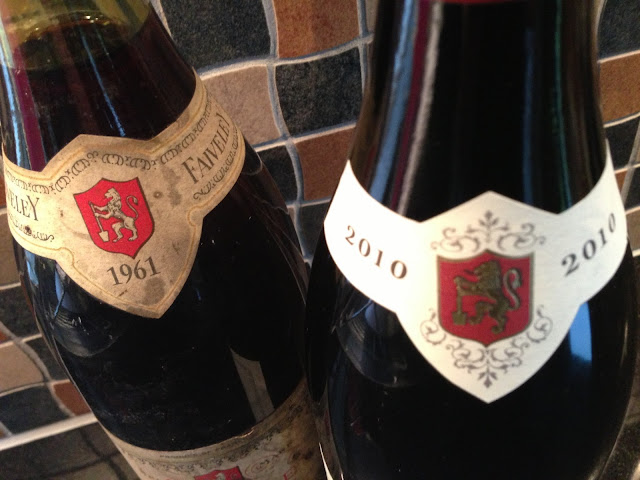 Mercurey is the largest (with over 600 hectares of vines) village of the Côte Chalonnaise, and regarded by most as the most important too.
Faiveley don´t need an introduction, the old estate that have made a great comeback with some stunning wines in the last couple of vintages, as this tasting is a testament too. Info here. 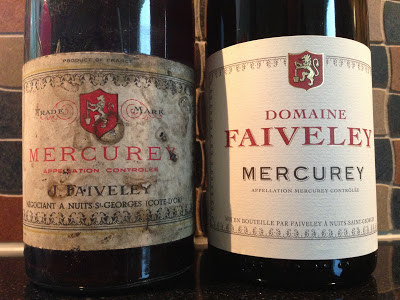 1961 Mercurey, J. Faiveley
This modest village wine has really stood the test of time. Freshly poured it has a bit of bottle stink to it, but it only needs 10-15 minutes in the glass to show some fine mature Pinot aromas, in the shape of dried strawberries, undergrowth, fried mushrooms, mocha (see the linked tasting above...), dried orange peel and rotten vegetables. A fine maturity. Not that deep, not that complex, but very enjoyable. Poured from the bottle during a couple of hours it didn´t budge at all.
The taste is mature, round and nice with some dried red fruit, lingonberries and raspberries, with notes of dried mushrooms, undergrowth, dried flowers and a touch of black tea. The finish is a bit short. But it hasn´t dried out, the end of the finish is round and fine. Has kept very well.
87p   (tasted 2013/06)

2010 Mercurey, Domaine Faiveley
This is another creature all together. A young, springy, fresh nose with notes of blueberries, lingonberries, balsa wood, licorice and a touch of tobacco. Very upfront fruity. Needs time.
The taste is young, tight and seedy with notes of linonberry bushes, dried raspberries, earth and the same touch of tobacco as on the nose. Medium long. A fresh acidity. This could turn out fine, but for know it is a bit ungainly.
83p   (tasted 2013/06) 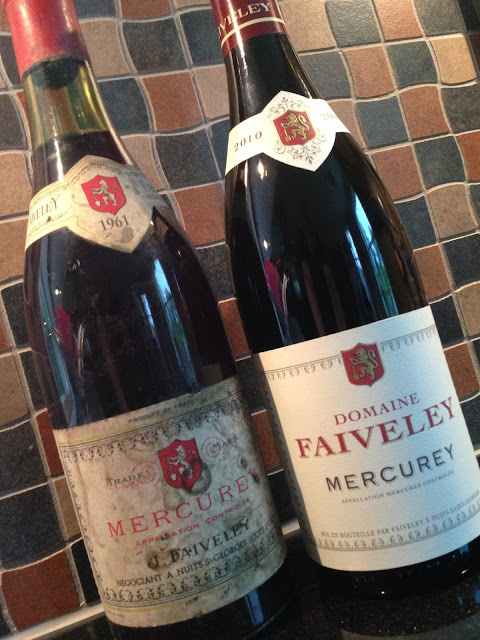