A Tasting Session In Our Tasting Group - Sherry! 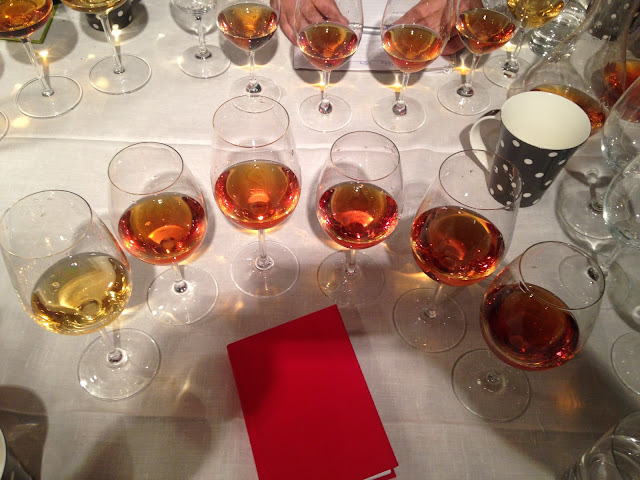 I have said it before and will probably say it again, and again - I drink way to little Sherry. Mikke poured these six examples a couple of weeks ago. Thanks for the reminder!
Four bottles were from Bodegas Tradicion, one was from Lustau and the last one was a auction find.

NV Fino Tradicion, Bodegas Tradicion
A young, upfront, nutty nose with notes of tangerines, birch leaves, pine nuts and green tea. Very fresh and salivating.
The taste is cool and a touch linear with notes of detergent, nuts, lemon candy and dry grass. Good but a bit angular. The nose is better. (Bottle no 2.844 out of 3.000 made).
85p   (tasted 2015/09) 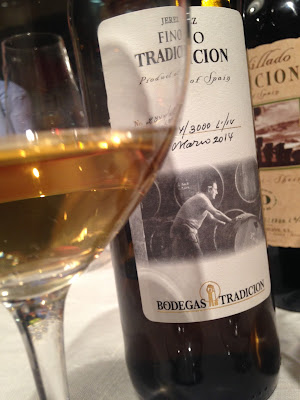 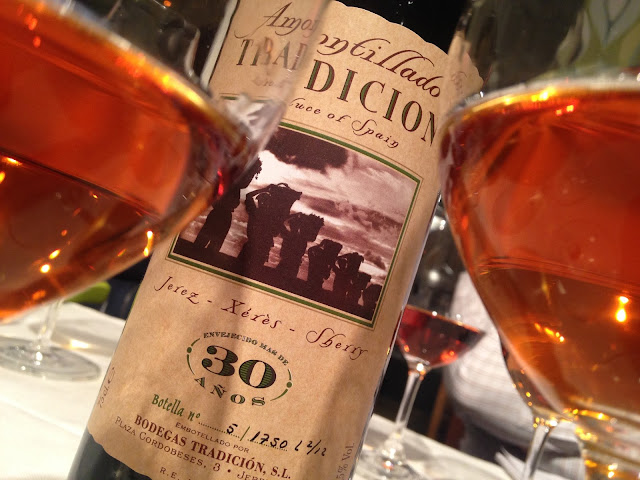 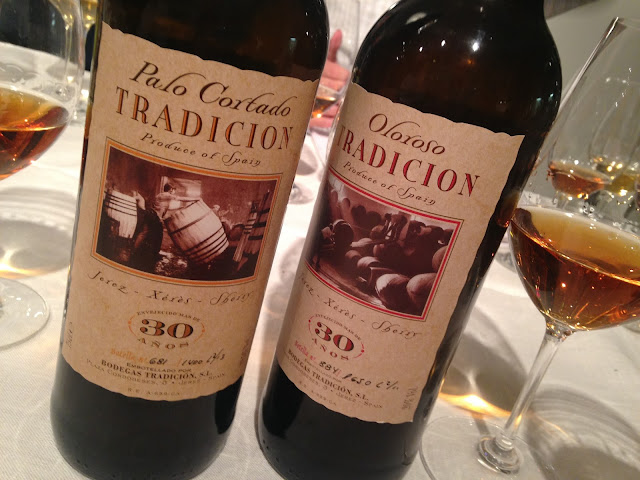 NV Oloroso Tradicion 30 Anos, Bodegas Tradicion
A big, outgoing, intense nose with notes of ski wax, nougat, detergent, stale nuts and a hint of tar. Very complex and utterly gorgeous.
The taste is forceful yet light on its feet with a stunning balance and notes of dried apricots, linoleum, pan fried nuts, soap and dried flowers. The finish is counted in minutes. A beautiful wine, I got the get me some of these. (Bottle no 884 out of 1.650 made).
94p   (tasted 2015/09)

NV Amontillado El Carro Single Cask, Lustau
A mature and a touch foursquare nose with notes of dried yellow fruit, hay, soaked wood in a kind of Grappa way. Some thought is was lightly corked, but I didn´t, it is just not that good.
The taste is better than the nose with a nice intensity and notes of dried apricots, old chocolate, fire smoke and tar. Very, very long finish. A very good taste but not so good on the nose. (Bottle no 311 out of 600 made).
86p   (tasted 2015/09) 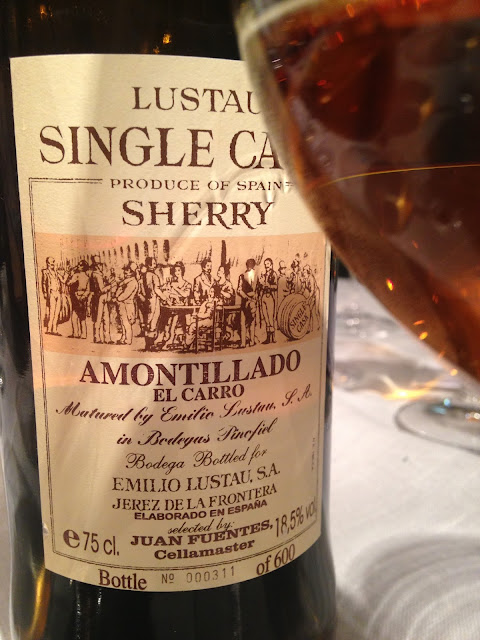 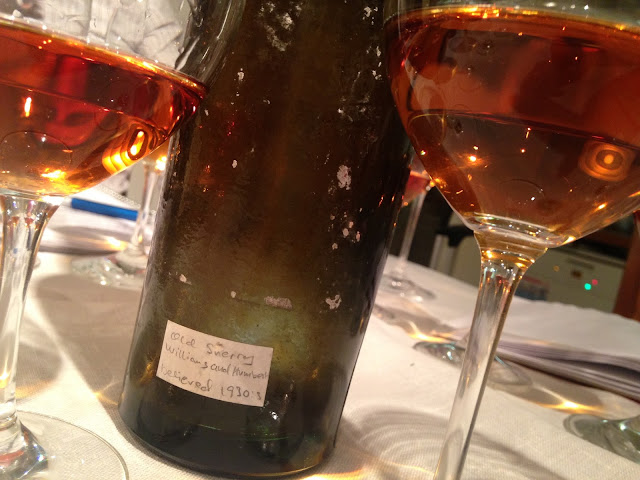 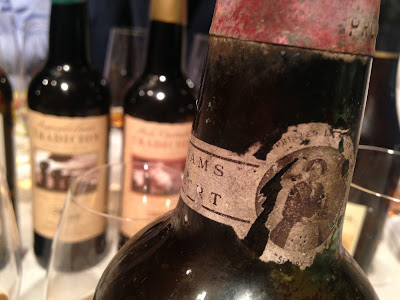 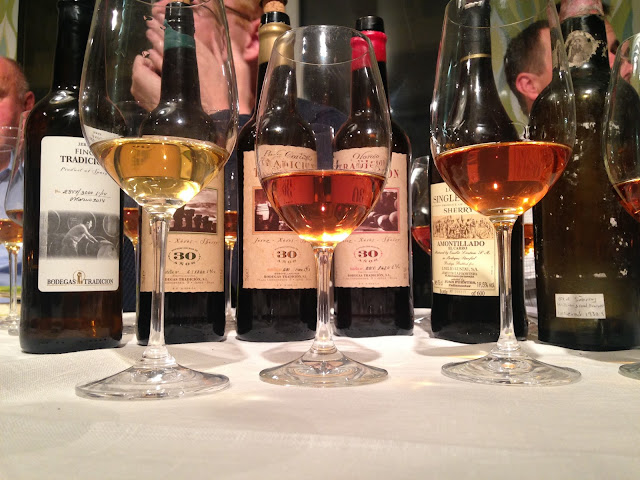