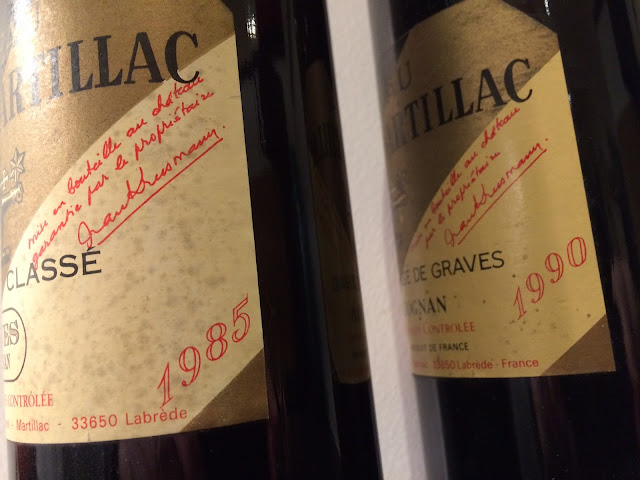 What could go better with a juicy fillet of beef, fried potatoes and a home made bearnaise sauce, than two bottles of mature Bordeaux? Nothing!

One of the fun parts before opening a bottle is rummage through all the wine literature to see what the esteemed wine critics have written.

Here is one example - "..continues to represent a straightforward, mediocre wine that usually have some correct cherry fruit. Even in opulent vintages like 1982 and 1989, it has a compact, simple, undistinguished character. I know of no recent red wine vintage that did not require consumption within the first 7-8 years of their life"
Guess who? Ours truly know-it-all lawyer from Monkton... That should mean that these bottles would be best poured down the drain by now.
Ah, well... 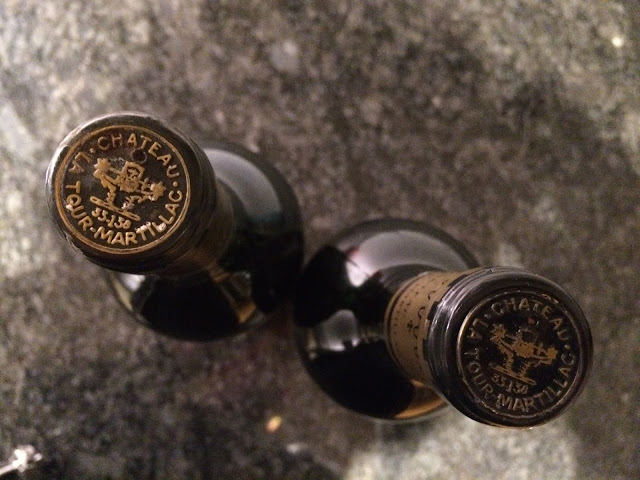 Another writter, Stephen Brooks in his book The Complete Bordeaux book, describes La Tour Martillac as "never heavy-handed, nearly always beguiling in its fruit, and velvety in texture".
A different view.

But your own palate is always the best judge. Lets open these bottles!

1985 Château La Tour Martillac
This opens with whiff of red peppers and dusty gravel, and with air nice notes of dry tobacco, dried black currants and dark candle grease flows up from the glass. A soft, fine maturity. Very good.
The taste is medium bodied and dry with notes of red and black currants, dry autumn leaves, chewing tobacco and gravel. Fully mature but not overly so. Very good.
87p   (tasted 2107/01) 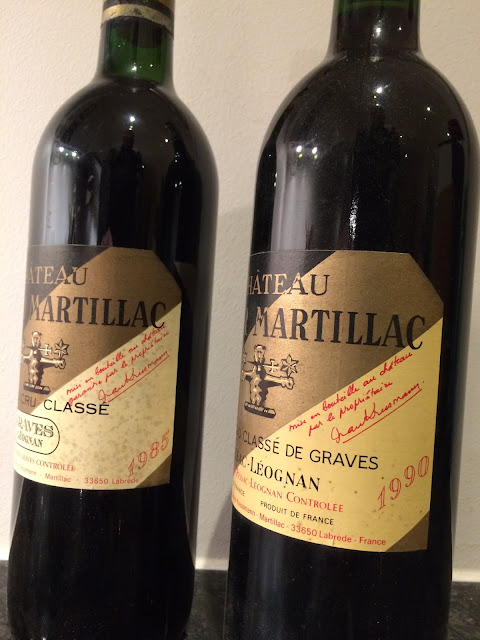 1990 Château La Tour Martillac
The 1990 is another creature. Michel Rolland apparently took over as a consultant in 1989. It has a open, deep nose with notes of ripe black currants (with a whiff of some unripe berries chucked in), warm tiles, bonfire and tobacco. A fine sweetness to the fruit. Mature, but just so. Very, very good.
The taste is dry and tight with a fine black currant fruit and notes of tobacco, leather, tiles and some stable notes. Long and fine, with that velvety texture. Could still be kept for 3+ years.
91p   (tasted 2017/01)