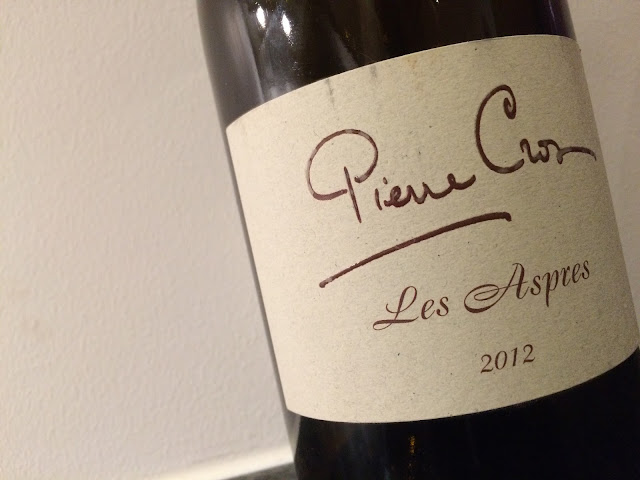 Have you meet them? Those older gentlemen that with a strong voice proclaims "it was better before". What "before" is you don´t really get to know, but you sense that it is in a distant past.

Well, count me in.

At least when it comes to this wine. I have loved the wine in the past, especially the 2001 and 2003 vintages (see links below).
I started to salivate when I put the corkscrew in the 2012. And what did I get...

2012 Les Aspres, Pierre Cros
Is it a result of a wine making process or a result from a factory making rubber? The nose is big, blowsy and over the top with notes of raw rubber, melting asphalt, rotting flowers and blackberry jam. Very sweet and with a burning rubber sensation, but sensation is not the word. Assault is a better one.
The taste is sweet, overpowering and very, very concentrated with notes of a blueberry pie, hot asphalt, burning rubber and the kind of liquorice that is the cheapest possibly kind. Long, hot, long, hot, in perpetuum. I guess it would work great as a paint remover. My poor intestines...
53p   (tasted 2017/03)