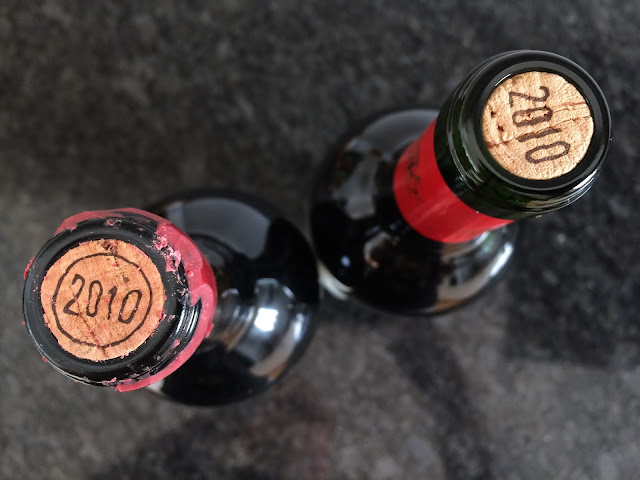 I was craving some Bordeaux (you can´t drink Nebbiolo all the time...?) and opened these two bottles.

There were some really interesting development on both wines during the two evenings I drank them. One wasn´t that funny day one but really blossomed day two. The other was a fine Bordeaux example day one but got rather boring day two.

2010 Château le Puy
Day one - a barnyardy, high pitched nose with notes of red currants, cool tobacco and from time to time a whiff of sweaty gym socks that didn´t air of on the first day. Not to my fancy. For both bottles I just put the cork in and saved the remains (about half) in a cool place until the next day.
And the le Puy had made the magic transformation to a swan in about 20 hours. The nose is clean as a whistle, full of ripe red currants, bonfire smoke, minerals and maybe a hint of animal fur, but in a good way.
The taste on day one is dry, seedy and earthy with notes of ripening red currants, road dust and dry leather. A tad anemic. Medium long. Ok enough but nothing to write home about.
On day two it had becomed deep and actually sweeter with riper fruit and better balance. I had it at 84p on day one but when swallowing the last drop day two it was a solid
90p   (tasted 2017/08) 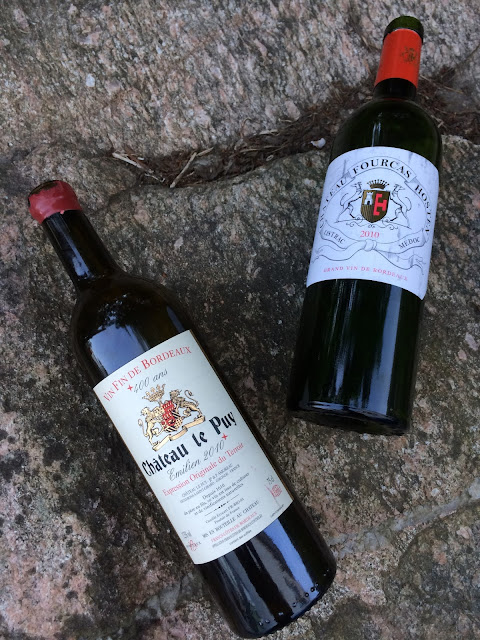 2010 Château Fourcas Hosten
This, on the other hand, started out as a classic Bordeaux with a deep, warm nose with notes of ripe black currants, cigarr, graphite and a hint of chocolate. A fine depth. After a while som smoky scents. Very, very good.
But that was the first day. 20 hours later the nose of the Fourcas Hosten has become muddled and a tad one dimensional. The fruit has lost some of its sweetness. Still enjoyable but not like on day one.
The taste is young, tight and finely structured with notes of sweet red and black currants, tobacco leaves, pencil shavings and a touch of bakelite. A fine dryness in the finish. Highly likeable.
Not as much on day two. More dry and backward and the fruit doesn´t really come forward. Even somewhat angular. Very good with food though. I had it at 89p day one but after 24 hours it had sunk to
86p   (tasted 2017/08) 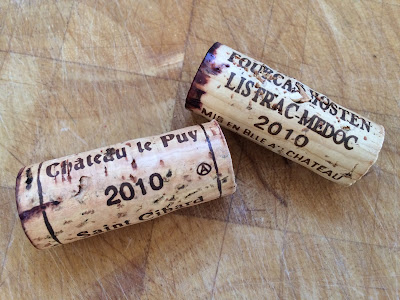