Had a really nice dinner last night, with some great food and gorgeous wines. We started of with a salmon tartar and a toast Skagen (a Swedish dish with prawns in a mayonnaise). To go along I opened a 99 Diebolt- Vallois, which complimated the starter nicely. 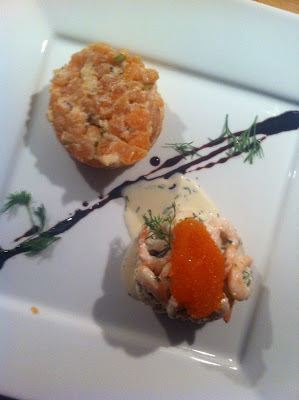 ﻿
1999 Diebolt-Vallois
An open, fine, mature nose with notes of mature yellow apples, toasted bread with melting butter on it, and a lovely chocolate note. Medium deep, round and fine.
The taste is soft, mature and fresh with nice yellow fruit. The acidity creeps up on you in the finish and it ends very nicely. A fine, mature Champagne.
90p   (tasted 2011/12) 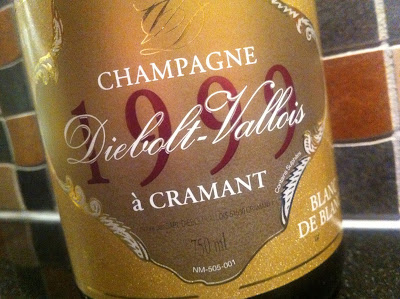 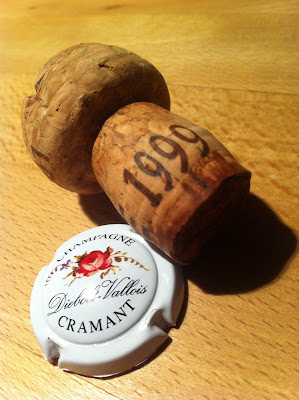 For main course I had prepared a Beef Wellington - that old time classic! It was as good as ever! With that melting meat I had earlier opened and decanted - 1 hour before the first sip - two bottles of 1964 Barolo. 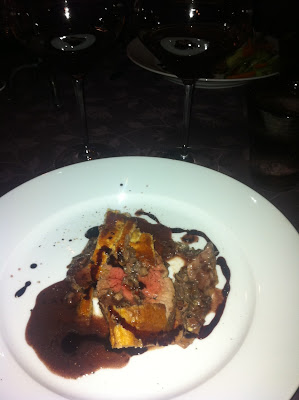 1964 Barolo, Franco & Fiorina
A big, expressive, sweet nose with notes of cold coffee, fresh stables, cooked red cherries and autumn leaves. Deep and fine. A lovely maturity. Touch of banana skin. And a lot of cold coffee. Very, very good.
The taste is big and steady with notes of dried red fruits, dark chocolate and sweet red apples. Very long and fresh finish. This is in a great state of maturity. Lovely to drink right now, but will hold for some years to come.
90p   (tasted 2012/12) 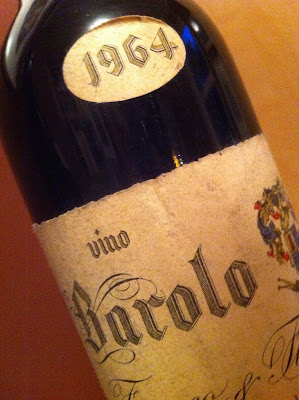 1964 Barolo, F. Pittatore
A deep, mature, sweet nose with notes of licorice, dried flowers, dry rasberries and a hint of coconut. Not as multidimensionell as the Franco & Fiorina, but sweet and nice.
The taste is round, sweet and mature with lots of rasberries, lingonberries and licorice. Som mushrooms after a while. Ends very dry with a good warmth. On its own a tad too dry, but great with the food.
85p   (tasted 2012/12) 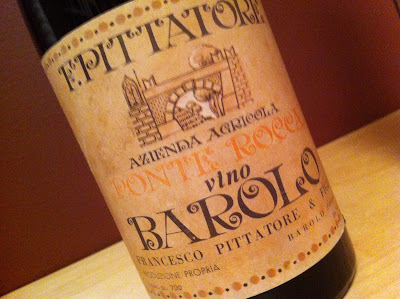 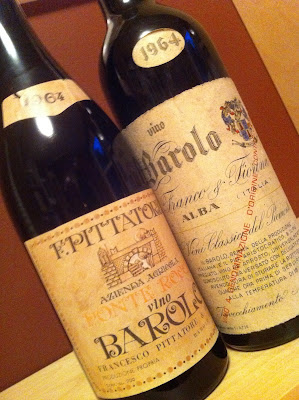 For dessert we had a chocolate cheese cake with a rasberry coulis - yummu! And what also was yummy was the bottle of port I opened. Bought from a contact in Portugal, that says that this bottle have been in their cellar since the 50`s.

NV Revinor Port, Real Companhia Vinicola
A light, fluffy, sweet nose with notes of white raisins, sugared water, coffee and a touch of detergent (in a positive way). Very mature but not overly so. Good.
The taste is fresher than the nose with notes of nuts, figs, raisins and lots of milk chocolate. A long, warm finish that ends semi sweet. Very good. Almost like drinking melted milk choclate! :-)
86p   (tasted 2012/12)