My cold have thankfully vanished and I thought I better open another Bordeaux to get the previous one out of my mind.
I ranted earlier this year about the sad assortment of 2009 Bordeaux at the state monopoly. By now there has been a tiddly stream of bottles, and during the autumn there is more to come.

2009 Château Fourcas Hosten
A dark, open, fruity nose with notes of warm black currants, pencil shavings, tobacco, graphite and blueberry pie. A very fine, sweet nose that oozes modern Bordeaux. But really in the context of modern Bordeaux, the aroma isn´t that of a Aussie shiraz... A touch of coconut and vanilla though, but in the background. Very good.
The taste is tight, young and focused with fine black currant and blueberry fruit mixed with tobacco, leather and some gravel. The finish is medium long and warm. It is a tad thin in the middle though. But I think that with some years in the cellar this could turn out to be a really good "luncheon claret".
87p   (tasted 2012/09) 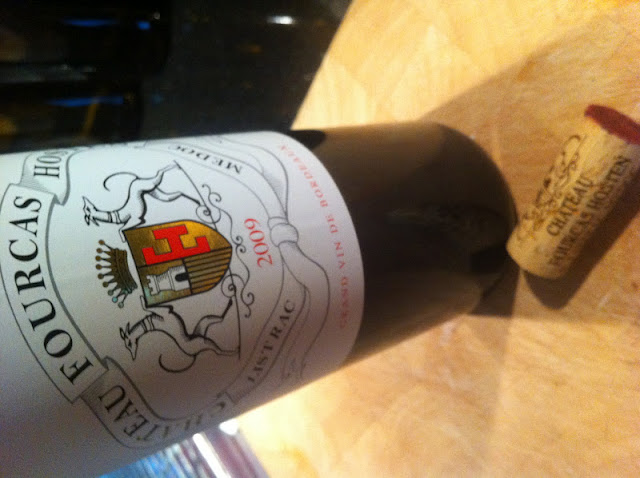