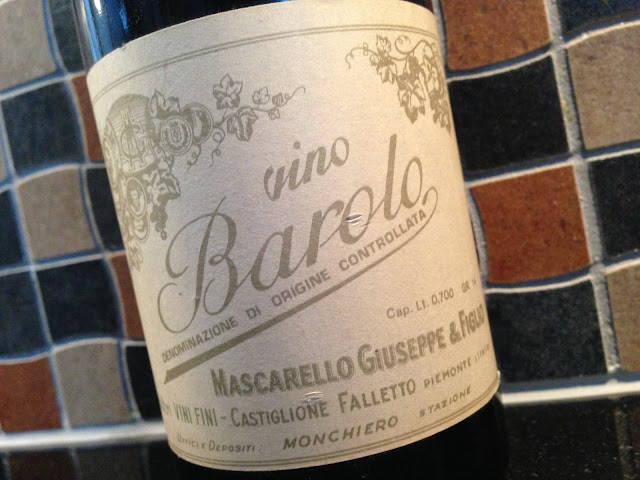 What about the ?? in the vintage?
Well, I don´t know the vintage. This was bought with the information that it was from the 60´s. The label is identical to the 1964 Giuseppe Mascarello I tasted some years ago and of which I have one bottle left. Back in 2004 the 64 was a glorious bottle of mature Barolo (97p).
I keep my fingers crossed that it is a 64, or a 61 or 67, which are fine vintages.
Could the cork supply me with the answer? I will now in a couple of hours....
Stay tuned! :-)

Update:
The cork crumbled in 4-5 pieces and it was no printing on the cork. When poured the colour was very, very pale... 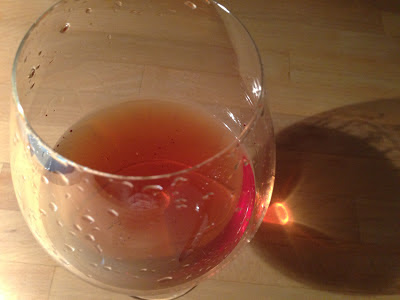 ...and I thought that this would be a corpse, suitable for a red wine sauce later this weekend, until I put my nose in the glass...

19?? Barolo, Giuseppe Mascarello
At first, a bit low keyed, shy nose, but with all signs of being alive. With only ten minutes in the glass it expands into a wide open nose with lovely aromas of lingonberry jam, cinnamon, old chocolate, rhubarb and the scent of when you walk out in the forest after a autumn rain. Absolutely fascinating! Wet cigarr ashes after a while, and then a wave of rosehips emerge. A touch fragile, but what a nose! Like an old master ballerina, with all the moves in the body, but the body doesn´t answer like it used to. It holds now for two hours, and soon it will be gone...:-)
The taste is like nectar, very responsive, with a dry sweetness and a gorgeous warmth. This must have been something really, really big many years ago. Stunning notes of lingon berry bushes, rosehips, bay leaves, rose petals, soft undergrowth, dry herbs and a touch of cigarr ashes. It ends almonds dry with a lovely warm aftertaste. The structure is still there, albeit a bit soft. You can only give in to this very special specimen.
This must have been a very warm year. Given blind....I would have guessed an old Burgundy - like a 45 or a 49. Seeing the Barolo label I would guess that it is older than the 60´s. My guess would be 1952 or 1958 - two great Barolo years which in many instances have aged well. I could be irritated that I would never know but I´m not, I just enjoy this masterpiece tonight.
94p   (tasted 2013/02) 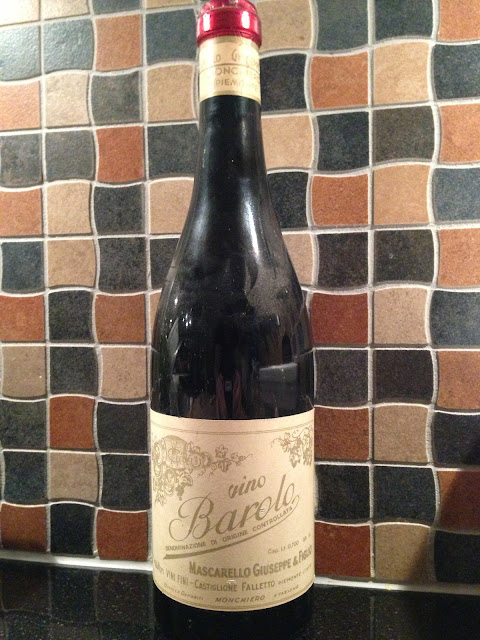 (Earlier this evening:) Meanwhile, I will be sipping this nectar with some assorted nuts and later while preparing friday dinner - Lustau´s Palo Cortado - so much taste, intensity and complexity for nearly no money at all - Sherry is a underappreciated drink. 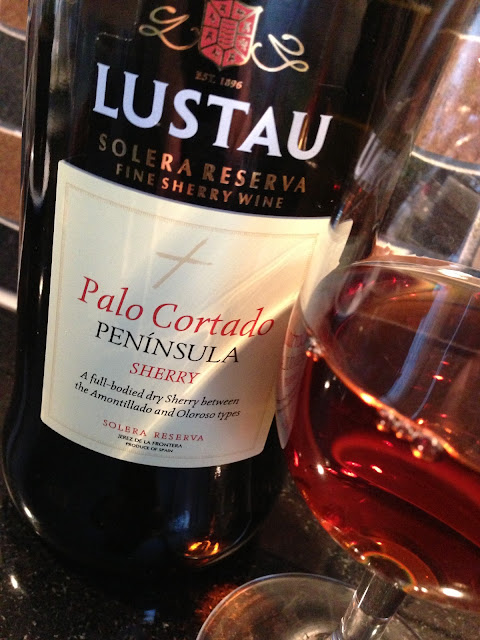