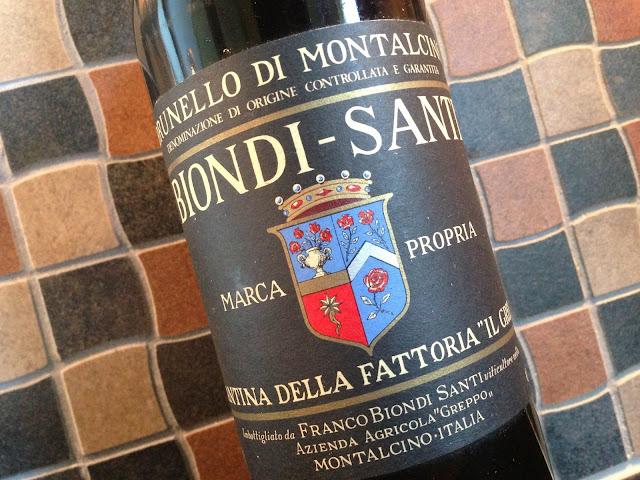 Time for Brunello history. There is still bottles of Biondi-Santi 1888 Riserva in existence at the estate. You can buy the 1891 for 6.000 Euro, if you have the urge...

Ferrucio Biondi Santi is credited as the father and inventor of modern Brunello, by making a wine solely of Sangiovese, making a full bodied wine with aging potential and bottling the wine on the estate and labelling it Brunello, the first vintage being the 1888 mentioned above. All this decades before anyone else did.

His son, Tancredi Biondi Santi took over the estate in 1917 and improved things even more. He also created the library with old vintages, which still exist today.
Tancredis son, Franco Biondi Santi took over in 1970 and was in charge when the bottle below was made. He died earlier this year, 91 years old.
Info here, here and here. 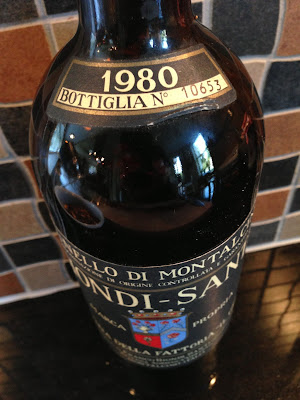 1980 Brunello di Montalcino "Il Greppo", Biondi-Santi
When opened it feels a bit feeble and over mature. But as so many times before, with air it calms down, comes together and fine aromas of ripe red cherries, violets, pipe tobacco, rose petals and autumn leaves rises from the glass. There is a fine maturity here, combined with a low key elegance. Black tea leaves and a touch of veal stock after a while. Not that complex but very fine.
The taste is medium big, mature and a bit high strung. There is some fine red fruit here in the shape of red cherries, lingonberries and some unripe raspberries. Then there is a rather high acidity that overwhelms the fruit. The finish is medium long and ends on the dry side of things. With deer filets, a red wine sauce and ceps it behaved nicely but on its own it is a tad dry and acidic. The nose is much better than the taste.
82p   (tasted 2013/06) 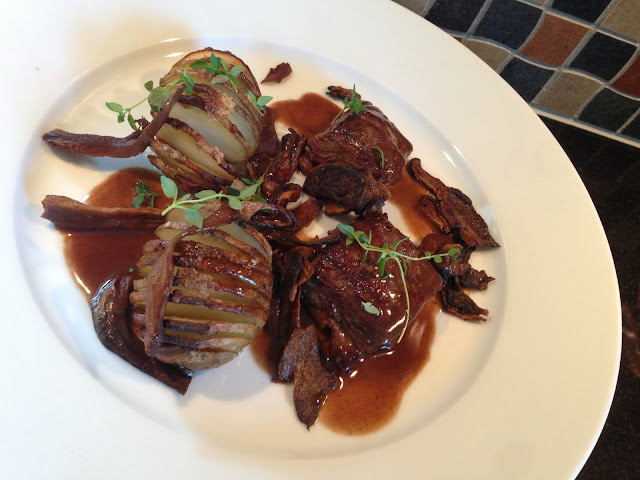