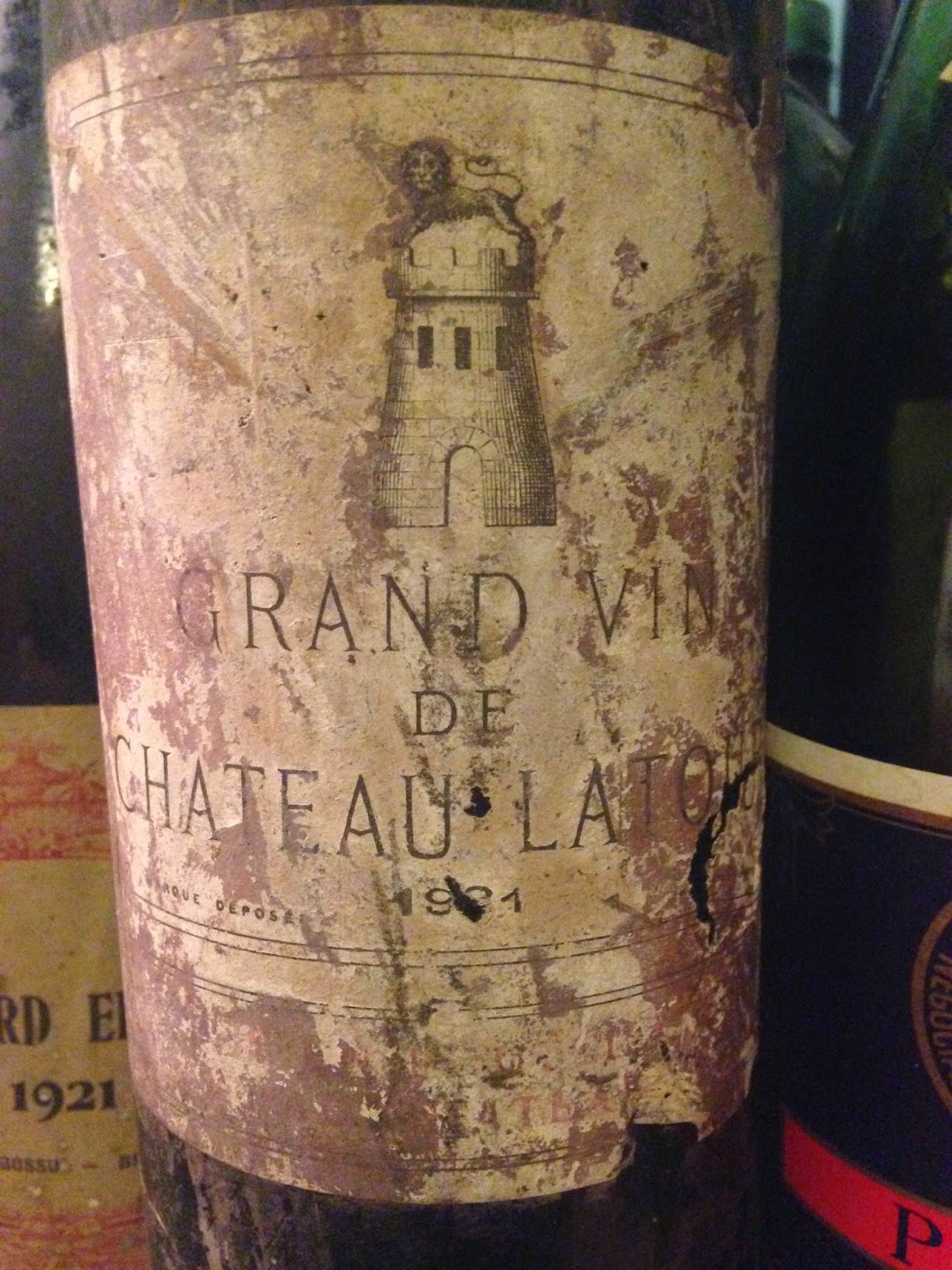 When I reached 100 posts, I celebrated with a bottle of 1999 Château Latour. I guess that the 500th post also need a bottle of Latour. This was opened at my recent Ceretto dinner.

I thought it was worthy of a post of its own. Not that it was a great wine - just look at my score below. But scores are not all that makes a wine, right? :-)

Broadbent lovingly describes the 1931 Latour like this:
"Despite its reputation for making the best of a bad job, three notes consigned it to oblivion. Varnishy, skinny, unbalanced."
And the last tasting note was from 1981...
33 year have passed. It should have improved since then, don´t you think? Well, let pull the cork, and find out.

1931 Château Latour
Since I knew what it was and the rest didn´t, my expectations was kind of low. And I was pleasantly surprised. So were they. As far from a blockbuster you could get, this 83 year old Latour showed of some character.
The nose was like a fragile old lady with still a spark in her eyes. Interesting notes of green peppers, cassis, dry fudge, tobacco ashes and some glue. Very old but not over that well known hill.
The taste is old, frail and dry but still manage to make a statement through the notes of dry black currants, old leather, pencil shavings and tobacco it delivered. The finish is rather short though. Too old to be frank but far away from the train wreck that Broadbent described it to be.
78p   (tasted 2014/05) 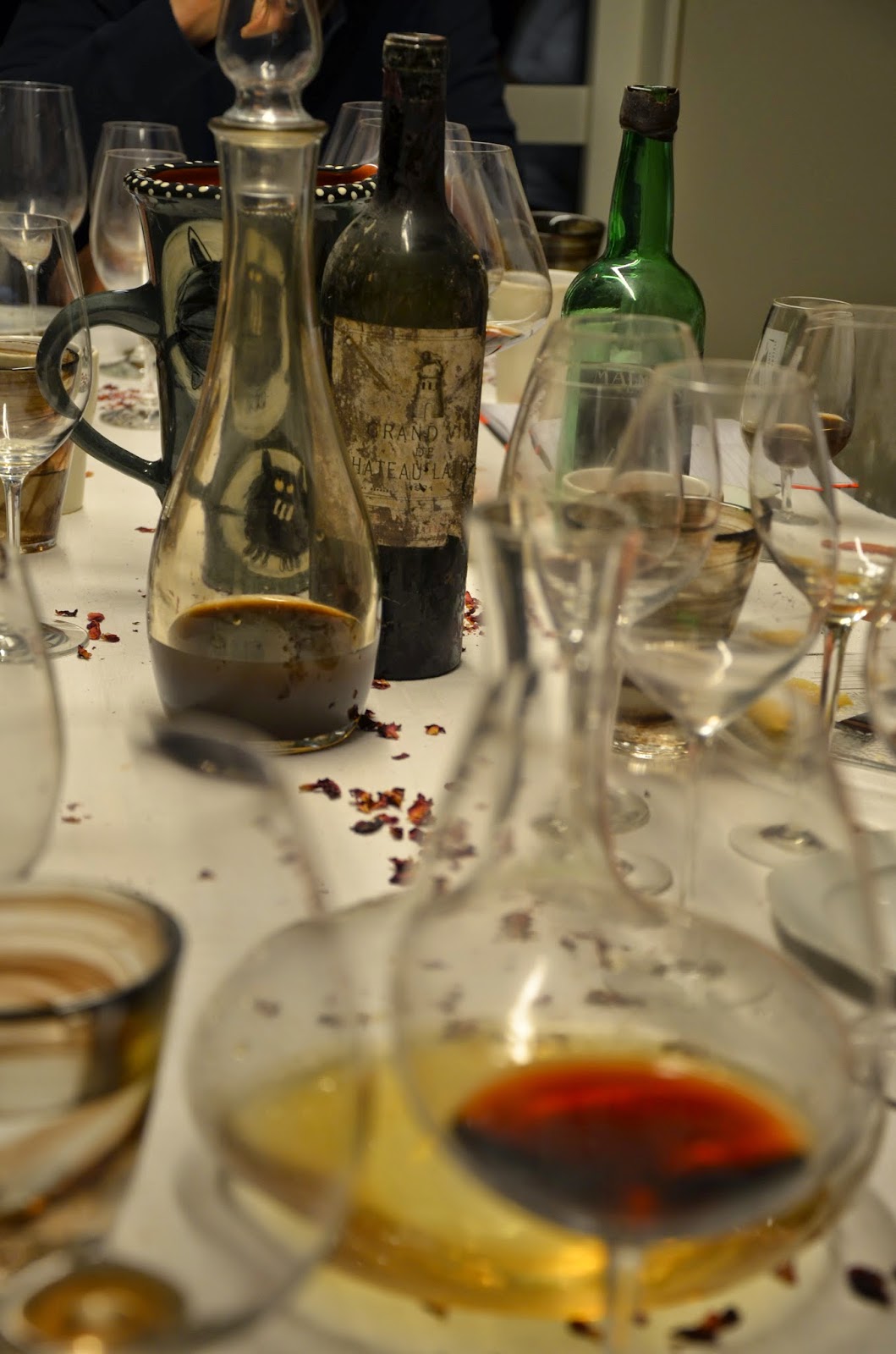 And now to some boring stats. After 500 post and 32 months of blogging:
* As of today, I have had a total of 153.913 page views
* Swedes stands for 53% of the views, followed by USA, Denmark and Norway for the largest percentages of views
* The last 24 hours I have even have visitors from China, Australia, Brazil and Surinam!
* There have been a total of 679 comments during these 32 months
* The post with the most views, so far, have been A Midsummers Feast with 1.078 views