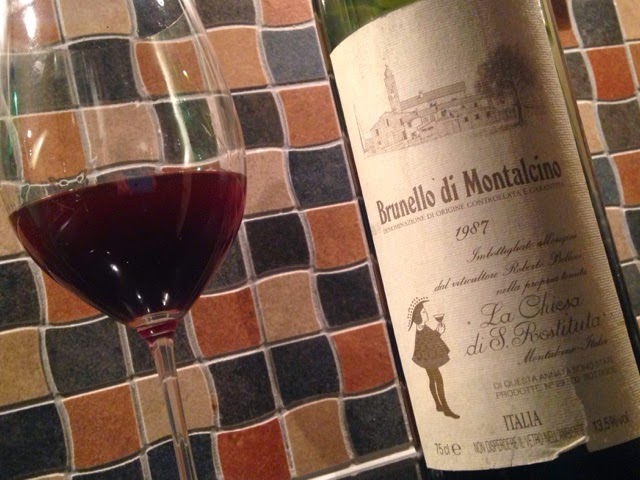 Sunday dinner with a mature Brunello!

From a producer that is no more, Gaja bought the estate in 1994 and now produces two Brunello´s, Rennina and the single-vineyard Sugarille. The 2008 of both tasted here. The 1997 Rennina tasted here.

1987 Brunello di Montalcino, La Chiesa di S. Restituta
This 27 year old Brunello opens quite funky but after a half hour in a decanter it shows of nice notes of chocolate covered cherries, moist undergrowth, sweet violets, dark cookie dough and some dog fur (in a positive way). Fully mature, soft and very nice.
The taste is mature, warm and dry with notes of dried cherries, hard cherry candy, old liquorice, violet pastilles and rosemary. A long finish with a nice warmth. Again, fully mature and I guess it showed some more muscles 10 years ago but it still is a fine mouthful of Brunello.  The 1988 was magic a year ago.
90p   (tasted 2015/02) 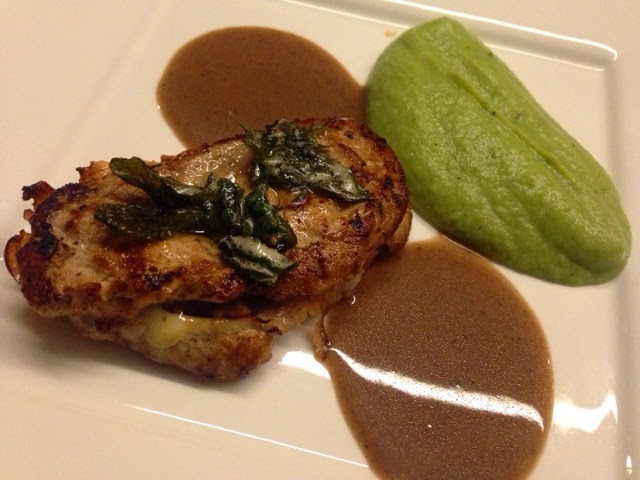