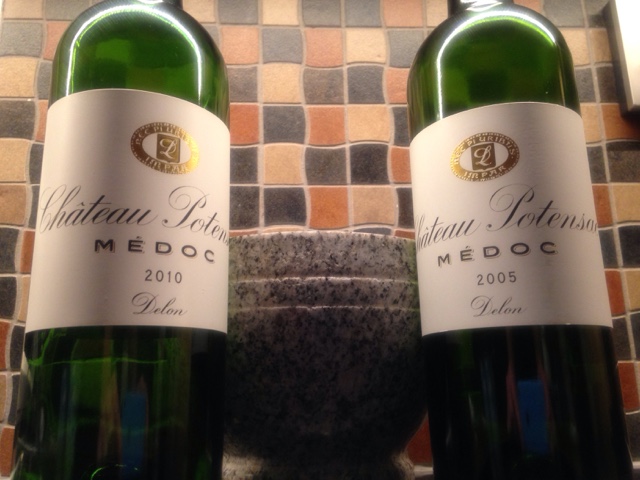 Château Potensac has always, for my taste, been a fine, old fashioned Bordeaux that I have very found memories of, especially the 1978, 1982, 1985 and 1990. But I haven´t tasted any of the newer vintages, so when the state monopoly had the 2005 and 2010 for sale, I bought a couple of each.
Time to test drive them!

Potensac usually consists of 60% Cabernet Sauvignon, 25% Merlot and 15% Cabernet Franc, although it differs some between vintages. The estate is owned by the family that also owns Leoville Las Cases.
The wine sees on average 30% new oak in every vintage, but that is new from the 1997 vintage, so the old vintages that I have liked so much haven´t seen any new oak. And I still liked them! :-)
More info here.

2005 Château Potensac
This 10 year old Potensac has a young, seedy, concentrated nose with notes of ripe black currants, pipe tobacco, scorched earth, graphite and dark chocolate. Very deep. Very good but made in a more international mold than the 2010.
The taste is young, tight and juicy with notes of sweet red and black currants, hard cherry candy, moist earth, graphite and new leather. A big mouthful of sturdy tannins. Long and warm. This will need at least 6+ years more in the cellar to really come together, but there is promise here.
89p   (tasted 2015/11) 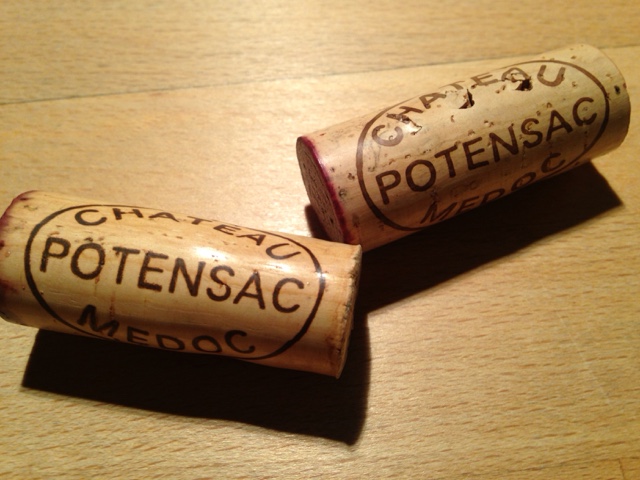 2010 Château Potensac
The aromas of the 2010 Potensac brings me down memory lane. This is how fine Bordeaux smelled in the beginning to the middle of the 90´s when I worked at the state monopoly and had the opportunity to taste bottles from the 88, 89 and 90 vintages that was freshly delivered.
It has a young, potent yet finely tuned nose with notes of red and black currants, a cigar box, a touch of stables, violets and some new leather. A very fine, refined structure. A pure Bordeaux feeling.
The taste is young, tight and focused with notes of fresh black currants, some plums, cigar smoke, warm rocks and bakelite. The finish is long, restrained and multi layered. This has a fine potential. For 30 Euro, this is a real bargain. Great wine.
92p   (tasted 2015/11) 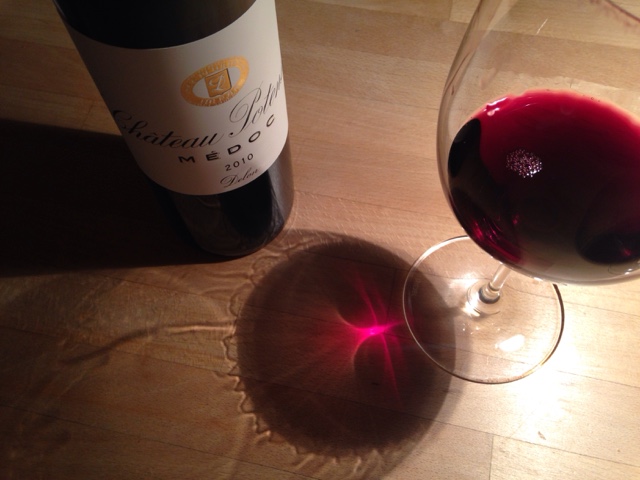