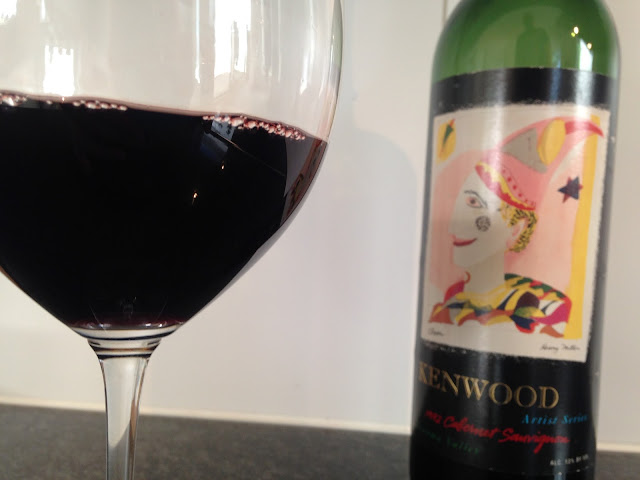 The Astist Series was concived with the 1975 vintage. I vividly remember some impressing bottles of the 1984 and 1985 vintages when they were about 10 years old. After that I have not tasted anything from Kenwood. Found two bottles of the 1992 vintage in a mixed case I bought recently.
Time for a test drive!

1992 Cabernet Sauvignon Artist Series, Kenwood
This opens a bit restrained right out of the bottle, but only after 20 minutes it starts to come around, giving of some nice aromas of red currants, cranberries, dry leather and a few dry vanilla pods. Cool and nice. A fine maturity. Actually grows over the couple of hours it takes to finish the bottle, the currants are more black than red when the last glass is poured. Very, very good.
The taste is tight and dry with fine notes of dried red and black currants, charcoal, dry herbs and a touch of dry wood. The finish is long, rather persintent and finely polished. Perfectly mature and drinking well, especially with the veal roulades and a mushroom sauce, that I made to go along. Guess I shouldn´t save the other bottle for that long.
91p   (tasted 2016/05)

The artist behind the label is Henry Miller, more known as author than a painter. This painting is from 1973 and a named "Clown". 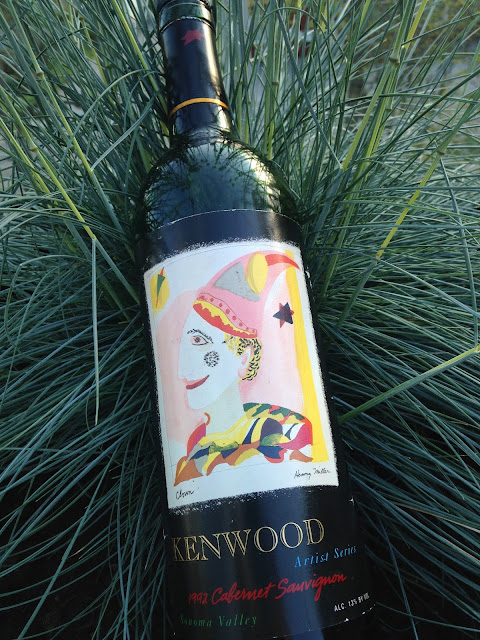