Had the opportunity to buy a case of mixed 1975 Chianti´s a while back. So far I have opened 7 bottles, 6 of them at a tasting and one on its own. Time now to open two more with some pasta, salsiccia and tomatoe sauce.

1975 Chianti Classico, Badia a Coltibuono
A high pitched, cool, mature nose with some volatile notes and scents of dried cherries, muscovado sugar, coca-cola, rubber tires and bonfire smoke. A tad to old on the nose but its still hanging in there. The volatile note blew off with air.
The taste is more tight and fresher than the nose with notes of red cherries, licorice, balsamic vinegar, green raisins and a hint of cinnamon. A fine sweetness in the finish. Medium long. Drinking well.
85p   (tasted 2012/06) 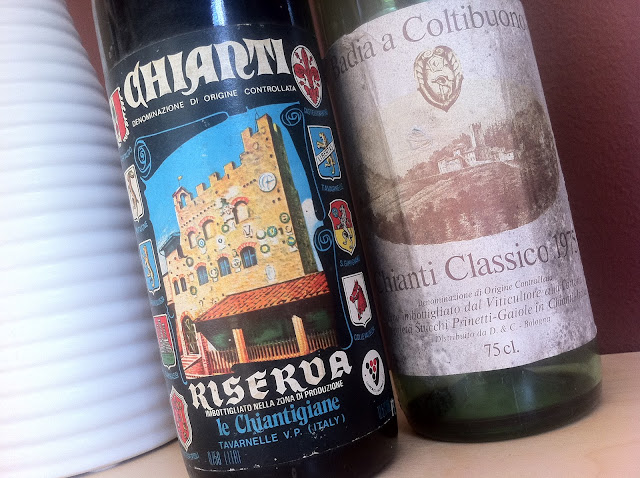