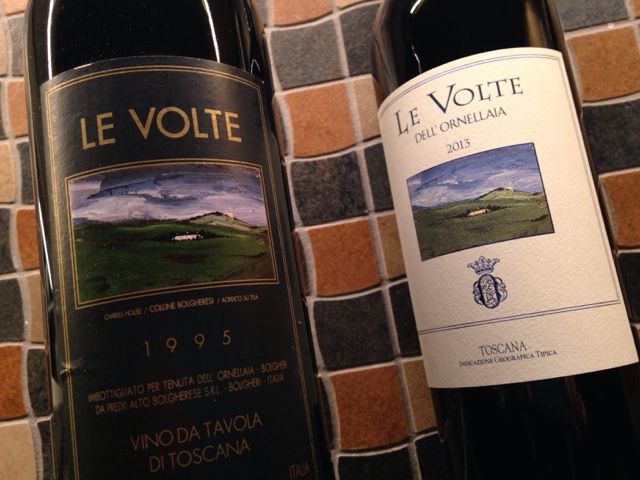 I have over the years enjoyed the odd bottles of Le Volte that have come my way. It has always expressed a kind of light weight Super Tuscan character.

1995 Le Volte, Tenuta dell´Ornellaia
The nose is mature and soft with notes of red cherries and currants with additional notes of cigarette ashes, dried rosemary and wet dog fur (in a positive way!). Some dried up sweetness. Good.
The taste is mature and seedy with notes of red currants, dusty earth, baked onions and old leather. Very good. A fine tight character. The taste is better than the nose, but it shouldn´t be kept any further. I haven´t been able to get hold of the exact blend of the 95 but the 97 was made out of 60% Cabernet Sauvignon, 30% Sangiovese and 10% Merlot, and it spent 10 months on barriques before being bottled. The first Le Volte saw the light of day in 1991.
85p   (tasted 2016/02)

2013 Le Volte, Tenuta dell´Ornellaia
18 vintages later, the blend is the same when Sangiovese is concerned, 30%, but the the Merlot is pimped up to 50% and Cabernet makes up the remaining 20%. The nose is deep and warm with notes od spicy plums, warm gravel, herbs and some chocolate wafers. Very good.
The taste is young, warm and spicy with notes of ripe cherries, gravel, rosemary and some saw dust notes. Will need 2-3 years to come together. Has spent 10 months in used Ornellaia barriques and cement tanks.
86p   (tasted 2016/02) 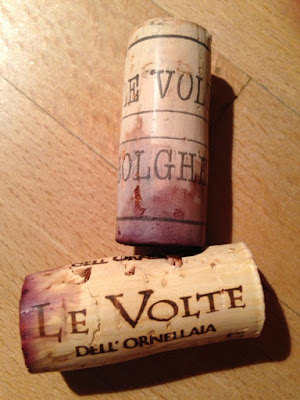