It has been two weeks since we got back from Piedmont and the Nebbiolo level in my bloodstream has sunk to a dangerous level. Time to open a bottle!

2013 Barbaresco Roccalini, Mainerdo
First time I taste anything from this producer. They have been around since 1920 and nowadays makes three Barbaresco´s and one Barolo.
The Roccalini cru is a rather unknown cru. According to Masnaghetti´s book - Barbaresco MGA - Bruno Giacosa used to acquire grapes from here and Masnaghetti describes the cru as "one of the most interesting of all of Barbaresco".
The 2013 from Mainerdo displays a shy, refined nose with notes of sour cherries, spices, violets and dried strawberries. Elegant. A hint of detergent and with air, lots of gravel. Very, very good.
The taste is fresh and energetic with a notes of red cherries, earth, spices and a hint of tobacco. Medium long and nicely balanced. Another silky, easy drinking 2013, yet with substance for the next 10+ years.
90p   (tasted 2017/06) 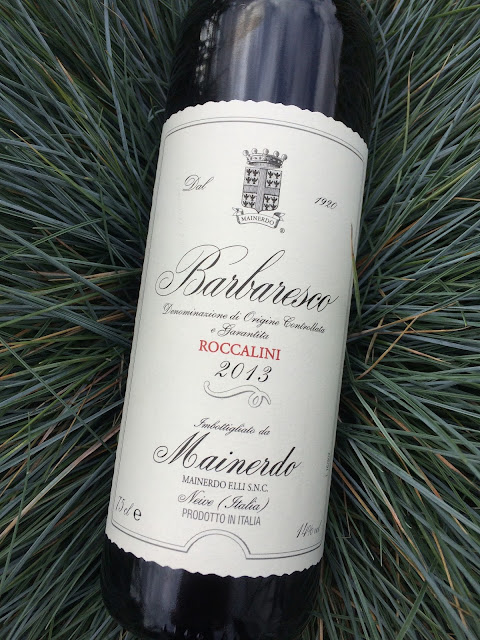