On the 1th of July "Dia da Madeira" - Madeira day - is celebrated. Why not open a bottle?

NV Madeira Demi-Sec Camara de Lobos, A. Deleyto
Opened and decanted two days prior to tasting. The nose is a bit subdued with notes of toasted almonds, band aid, dried figs, autumn leaves and some dry nougat. Some dried up sweetness. Not that deep. Good though.
The taste is medium bodied with assorted dried fruits alongside notes of fried nuts, gasoline, rubber and moist earth. A good acidity but the stuffing isn´t really up to par. Has kept the same over the course of a week.
83p   (tasted 2017/07) 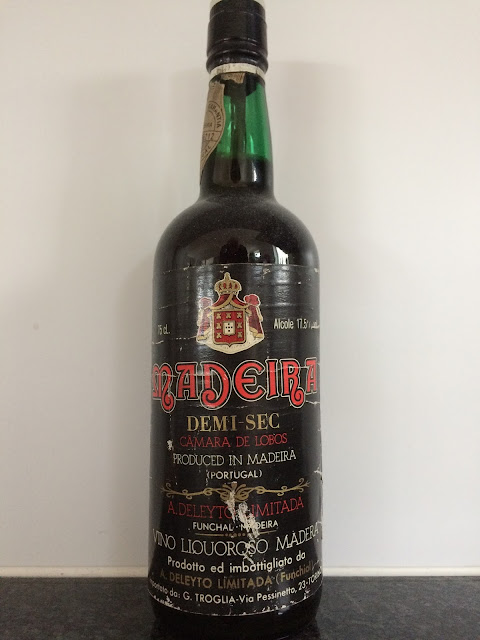