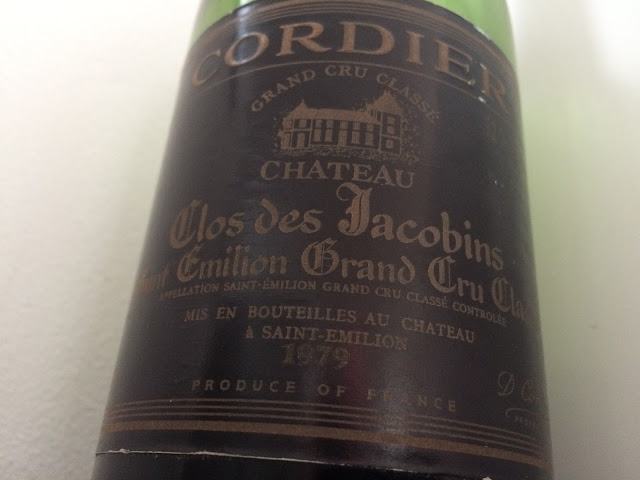 1979 Château Clos des Jacobins
In those days this was an almost 50/50 blend of Merlot and Cabernet Franc with some Cabernet Sauvignon tossed in.
38 years later, the nose is mature, round and just lovely with notes of ripe plums, pipe tobacco, corinthians, sugared coffee and old lead pencil shavings. Some moist animal scents rises from the glass, adding to the complexity.
The taste is mature with a dry velvety character and notes of dried plums, red currants, gravel and cigarette ashes. More mature on the palate than on the nose. Drinking fine though, especially with some meat on the plate. From time to time a mature Bordeaux is something special.
89p   (tasted 2017/05)