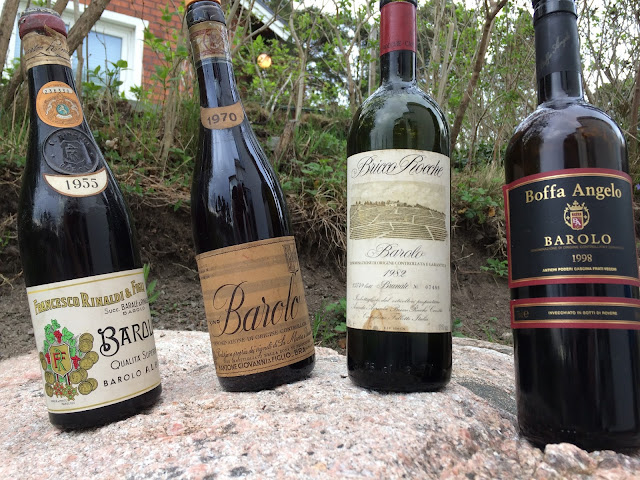 All alone at home, no family, no friends around. What to do?

Play metal on high volume and open some Barolo of course! One? Heck no, four!

1955 Barolo, Francesco Rinaldi
Oh dear. When pouring the wine from the bottle it is a pale orange colour. This can´t be good. And it isn´t. The nose has some notes of old, wrinkled up yellow fruit, old Christmas spices and glue.
The taste is just hidious with detergent, dry soap and VA. This is a Ghost.
52p   (tasted 2017/05) 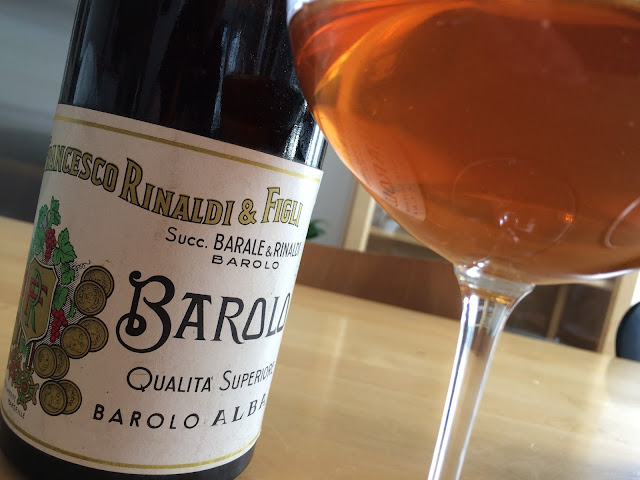 1982 Barolo Brunate, Ceretto
I drank this Brunate two years ago and that bottle was better. The nose has a touch of VA/band aid alongside notes of sour/sweet red cherries, dry liquorice and dried flowers.
The taste is much better with crisp cherry fruit, forest floor, rosehips and tobacco. A fine perfumed notes. Long, tight and fine. Too bad that the nose isn´t really ok. The End Is Near...
85p   (tasted 2017/05)

1998 Barolo, Angelo Boffa
Initially the nose is big, broad and meaty but with air it plays those aromas down and becomes lighter with notes of ripe cherries, asphalt, strawberries and fresh mushrooms. Very good.
The taste is tight, warm and structured with notes of black cherries, raspberry liquorice, rosehips and mushrooms. A lot of rugged tannins in the end of the finish. Needs 6+ years. Too young but not a Violation!
88p   (tasted 2017/05)

Not bad wines per se, but I had higher hopes when I opened them. But as Lemmy used to sing - You win some, lose some, it´s all the same to me
A nice workout though before going to Piedmont in four days time...