I had gotten hold of a 1964 Carema from the Produttori which started in 1960 by 10 winegrowers (today they are 71 members who contributes their grapes). More info here.
And the state monopoly had the 2012. Well, a Then & Now tasting had to be done.
But the result...

1964 Carema, Cantina Produttori Nebbiolo Di Carema
From The Greatest Vintage Ever, this bottle, although a decent level and a good cork, was dead as a dodo.
50p   (tasted 2017/05) 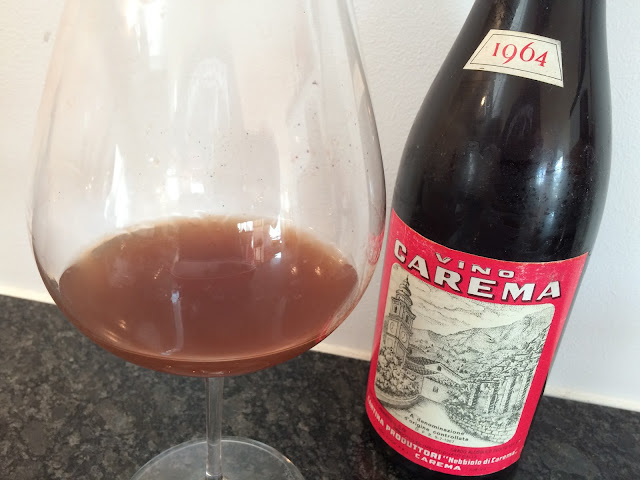 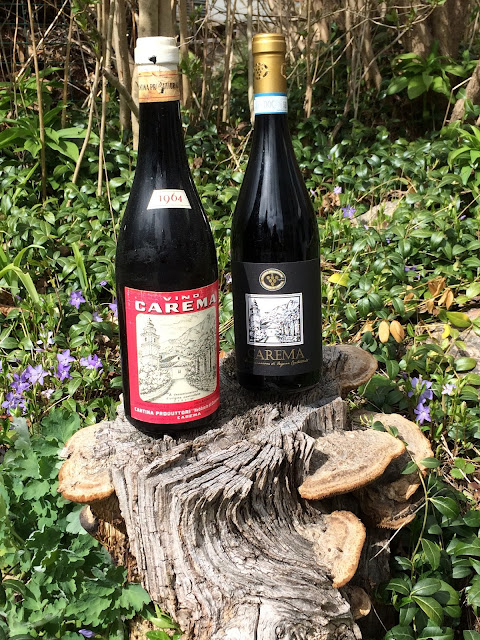 2012 Carema, Cantina Produttori Nebbiolo Di Carema
The 2012 is very much more alive, compared to its 48 year older sibling, but it is not a charmer. The nose is laid back and anemic with febble notes of lingonberries, dry undergrowth, balsa wood and a hint of band aid.
The taste is dry, tight and, again, anemic, with notes of lingonberries, rhubarb, dusty earth and dried rosehips. A medium long, acidic finish. Went ok with a grilled porkchop but on its own it is charmless and simplistic.
79p   (tasted 2017/05)

That was not a great showing of the Produttori wines... I has also bought a 2011 Riserva and thought, why not?

2011 Carema Riserva, Cantina Produttori Nebbiolo Di Carema
Oooh boy, this is a whole other ballgame! The nose opens a tad funky but just after one hour in the glass it opens up with deep, fine aromas of ripe red cherries, undergrowth, warm rocks, fir and some smoke in a distance. With air dried strawberries makes their way up from the glass. This is goood!
The taste is young, tight and seedy with notes of cherry pips, cigarette ashes, fir, gravel and dried flowers. A long, structured finish with a fine backbone. This is going to turn out great with 6+ more years in the cellar.
91p   (tasted 2017/05) 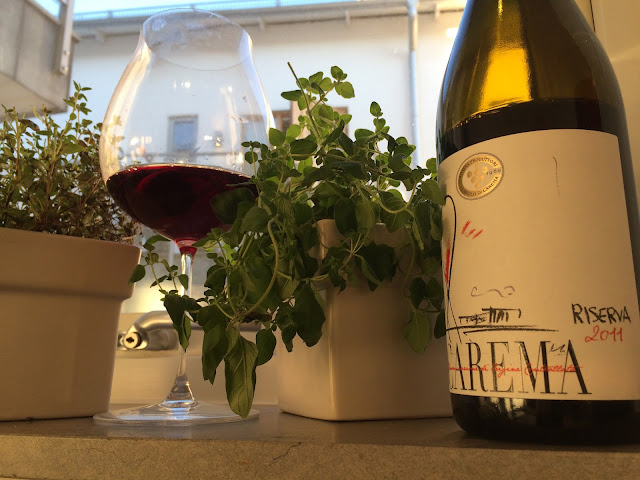