With some nice pasta and beef, mushrooms and a mustard sauce, a mature Chianti would do the trick I thought. And it did, the round, mature, velvety taste perfectly matched the creamy sauce. A nice tuesday meal.
Popped and poured.

1978 Chianti Classico Riserva, Castello di Uzzano
A soft, nice, interesting nose with notes of ripe cherries, burned earth, sweet orange peel, muscovado sugar and mature red apples. A touch volatile, but not in a disturbing way. Actually grew in the glass, becacoming sweeter and more harmonius. Very nice.
The taste is mature, cool and velvety with notes of cherry juice, sandel wood, dry tobacco and licorice. Not that deep, not that complex, but  very nice drinking. A touch of balsamic vinegar in the end, indicating that this for drinking sooner than later. A nice pasta wine, and when bought for a song, I felt good...
84p   (tasted 2012/03) 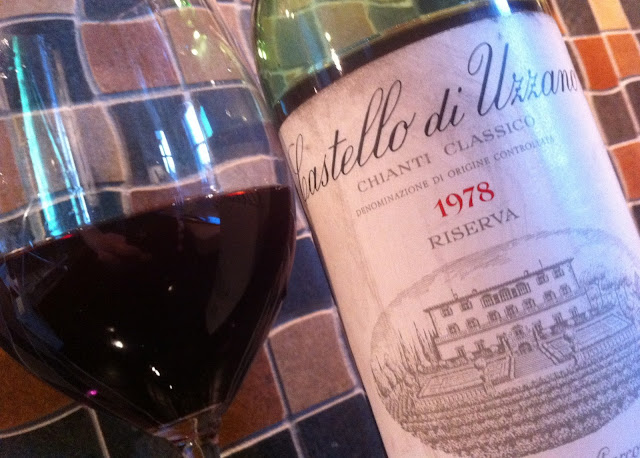