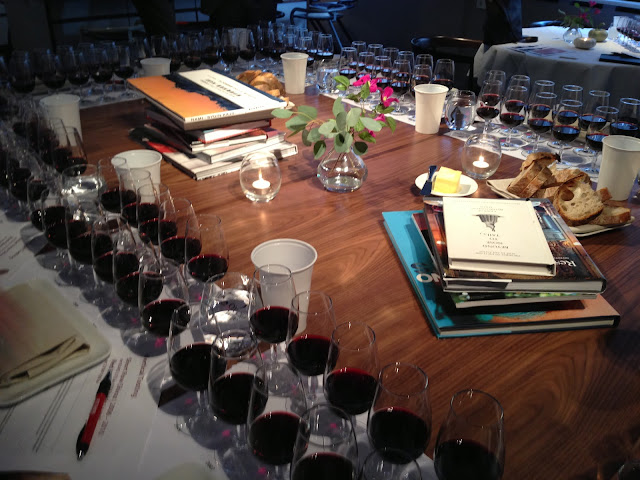 I was invited by Swedish importer Stellan Kramer to a vertical tasting of Red Baron Shiraz and Short Row Shiraz from Fox Creek a few days ago.
Paul Rogers, the CEO and son in law of the owners Jim and Helen Watts, was in Stockholm and presented the wines alongside some nice information about the history, the present and the future of the estate. 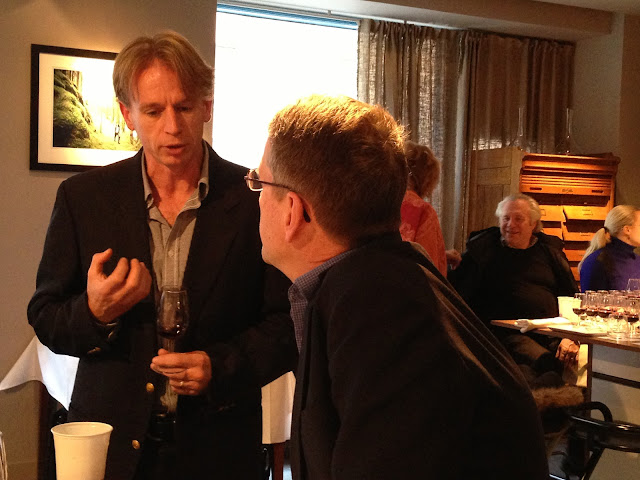 But before I immerse myself into all of the tasting notes - some words about glasses - again. The tasting were conducted with the ISO glass: 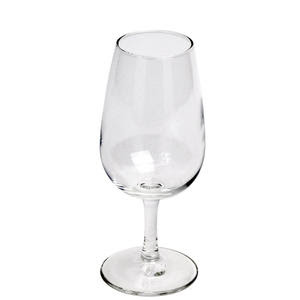 In a post from february 2012 I tasted a young Barolo from different glasses and the ISO glass didn´t fair well. And almost never do, except with fortfied wines.
Is there then a difference in the perception of a wine from different kind of glasses?
Yes, yes, yes and yes!

Case in point - we were generously provided with a bottle of the 2011 Red Baron Shiraz and the 2010 Short Row Shiraz when we left the tasting. Below follow the tasting notes from the vertical tasting.

2011 Red Baron Shiraz, Fox Creek
A young, warm, seedy nose with notes of not really ripe blueberries, rubber, plums and balsa wood, Somewhat anonymous. Not to warm, that is a good thing though. Ok.
The taste is young and fresh with notes of red cherries, blueberries and a touch of peppered meat. The acidity is foursquare and not really integrated. A relative nice warmth.
80p   (tasted 2013/01)

2010 Short Row Shiraz, Fox Creek
A deep, warm, fine nose with notes of blackberries, blueberries, chocolate covered rasberries, seared meat and a finely tuned peppery note. This has depth. Really good.
The taste is big, warm and juicy with lovely notes of sweet blueberry fruit and additional notes of balsa wood, rubber and strawberries in balsamic vinegar. Good structure, length and power. Still young, this could evolve into something really nice.
For 154 SEK/18 Euro, which is will cost from the 1th of april on the state monopoly, this is a bargain.
90p   (tasted 2013/01)

Two days later I opened both bottles at home and poured them into Riedel Vinum Bordeaux glasses (should have had the Syrah glasses but, alas, the were broken in the dishes...).
Here are the tasting notes from that occasion. I also poured the wines in the ISO glass just for comparison and those notes were identical as those from two days ago. 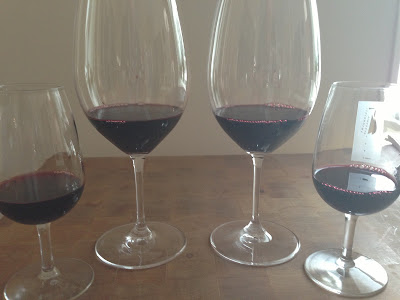 2011 Red Baron Shiraz, Fox Creek
A deeper, sweeter nose with more warmth and character. The bluberries are more ripe, there are notes of sweet lingonberries, christmas spices and leathery scents that were missing in the ISO glass.
The taste is more like the one from the ISO glass but there is a added warmth and a tad more stuffing. Definitely better in this glass.
85p   (tasted 2013/01)

2010 Short Row Shiraz, Fox Creek
The same effect here as the wine before - more warmth, stuffing and character but to a lessed degree than the Red Baron. An added nice bonfire nose. Very deep and fine.
The taste is almost the same as from the ISO glass but there is some extra warmth and the length seems a tad prolonged. Very, very good and a even greater bargain in this glass.
91p   (tasted 2013/01) 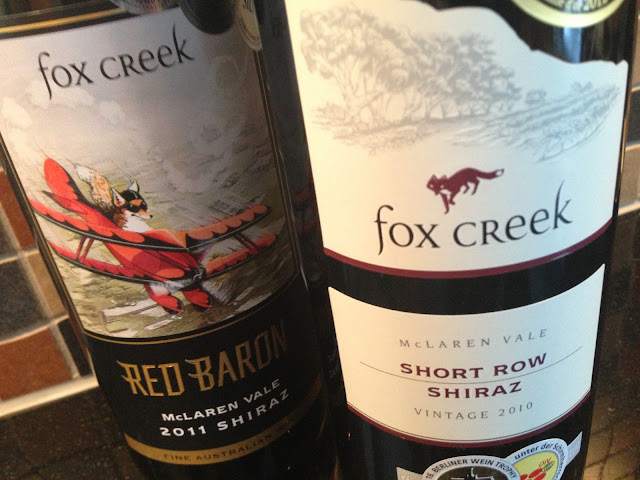