The Ten Most Memorable Wines of 2012

Once again - being forced (by myself, but still...) to choose only ten bottles that has shined the most under 2012 is not an easy task. It has been a great year, a lot of interesting tastings and fine bottles over dinner and with friends. But the following ten bottles have made a special mark in my memory.
Here they are, in vintage order.
A toast for an equally great 2013!

1879 Rare Sercial, Justino Henriques
I had the good fortune to taste not just one but two pre 1900 Madeira wines this year. The 1870 Malmsey Reserve, Vinhos da Madeira Lda was really stunning but this out of the world wine eclipsed it. It was served with a consomme with chanterelles and sweetbread at a tasting dinner with
old Pommards. Madeira, and especially these old wines, is one of the greatest wines on earth.
99p   (tasted 2012/11) 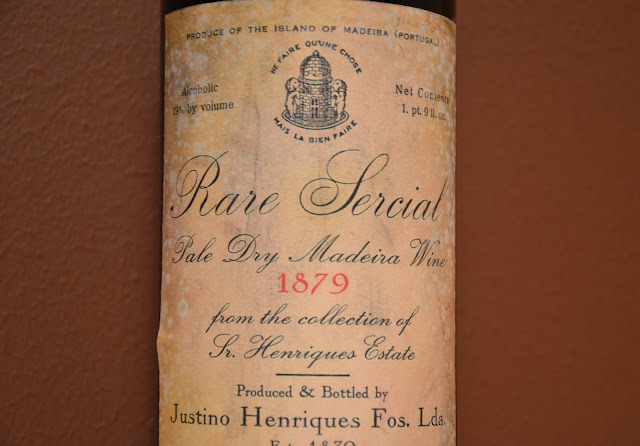 1982 Barolo Bric dël Fiasc, Paolo Scavino
Several bottles at my tasting dinner with Bric dël Fiasc could have made this list, the 1985, 1990, 1996 or the 1999. But there were one bottle that towered over the rest. The perfect combination of maturity, power, complexity and charm. Having never tasted the 1982 before it was a moment of utter enjoyment.
98p   (tasted 2012/02) 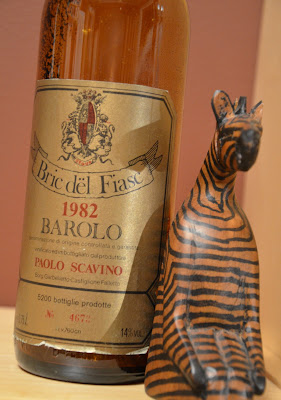 1983 Recioto della Valpolicella Classico Gran Riserva, Giuseppe Quintarelli
Since my presentation on the front page indicates that Amarone isn´t my favourite type of fermented grape juice, it could be seen as strange that a Veneto wine could make this list. But I can only follow my taste buds, and this bottle was, as I put it in the tasting note , the Muhammed Ali of wines - light as a feather and stung like a bee. This could sting me any time! Thanks Jörgen!
98p   (tasted 2012/08)

1993 Brunello di Montalcino Cerbaiola, Salvioni
The beginning of the Brunello project have been fascinating. So far 27 bottles tasted. And there will be more - opened two more for tonight... But over to the biggest eye opener so far, the 1993 Brunello from Salvioni. A wine that had complexity and hedonism from start to finish and urged me to get hold of more vintages, more notes from Salvioni to follow...
96p   (tasted 2012/10) 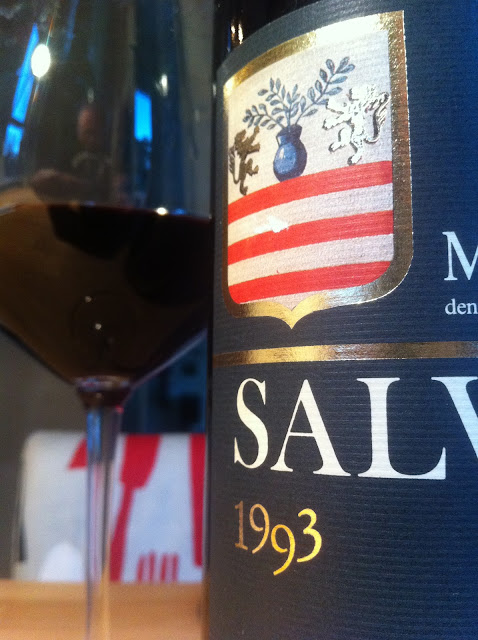 1997 Flaccianello, Fontodi
A perennial favourite of mine, tasted 8 times, always scoring it between 95-98p. This time it came up as the last wine in the fourth fligth of our massive tasting of 1997 Tuscans. And it showed its character of the proverbial "iron fist in a velvet glove", and was for me, the star of the whole tasting. Magnificent stuff!
98p   (tasted 2012/11)

2002 Clos de Coulée de Serrant, N. Joly
The last day of the year this almost perfect wine emerged. Coulée de Serrant have been a hit or miss over the years. I still remember the 1982 tasted over 20 years ago as one of the perfect wines, but there has been many that have been weird, at best. But this bottle hit all my sweet spots, and I have to get some bottles! Thanks Nenad!
98p   (tasted 2012/12) 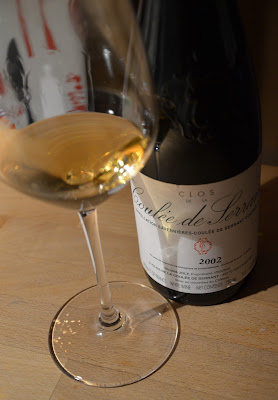 2007 Varner Home Block Spring Ridge Vineyard Chardonnay
Even when the bottle was revealed, I wouldn´t believe it - this had to be a great white Burgundy! But it wasn´t, but it was one of the greatest California chardonnay I have ever tasted. And I had the good fortune to taste a bottle of 2009 Spring Ridge Vineyard Amphitheater Block later during 2012, which also was a stunning bottle of chardonnay. Thanks Miran!
96p   (tasted 2012/02) 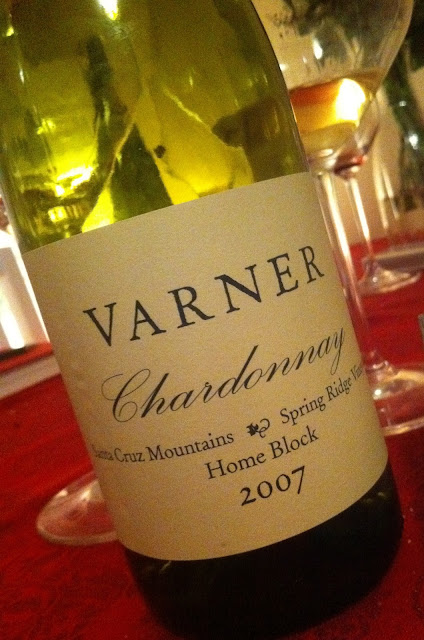 2009 Batard-Montrachet, Domaine Faiveley
There were bottle after bottle with the most wonderful white and red burgundy at this tasting of Faiveley wines, but when this nectar was poured from a magnum, time just stood still. Within 6-8 years this should be a truly perfect wine.
98p   (tasted 2012/05)

2010 Rossese di Dolceaqua Posaú, Maccario Dringenberg
During the summers vacation in Liguria I discovered two things - the first was the charm of Vermentino, and the second was the really classy wines from the Rossese grape. I have promised to do a rapport of the wines I tasted, but time haven´t permitted it. But these wines really made a mark in my vinous experience and I will be back with a post on these wines soon. The one I remember the most is one of the wines from the producer Dringenberg. Full of poise, charm and gorgeous upfront fruit, this really stood out. I think I downed three bottle in a few days...
92p   (tasted 2012/07) 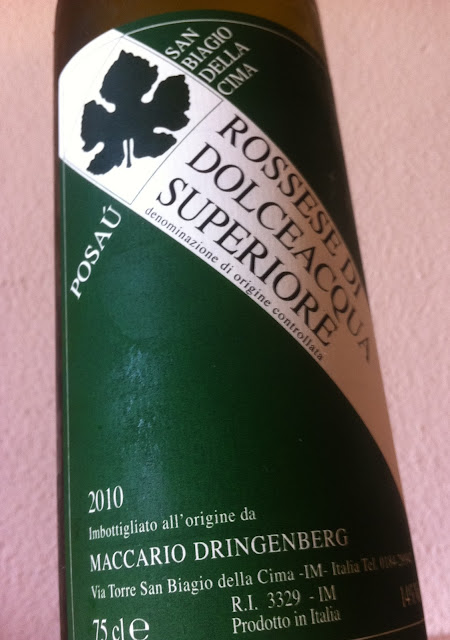