Having by now tasted 150+ Baroli from the 2013 vintage I could say I have some sort of grip of the vintage. I wrote the following at the beginning of this year when the usual Ten Most Memorable Wines of the last year was named (three 13 Baroli made the list...).

The 2013 Barolo vintageWhat to say about the vintage then? The one thing that striked us when tasting these wines is that - even though there are minor and major differences between for example the wines from La Morra compared to the ones from Serralunga or the differences between upbringing in old Slavonian oak or barriques (although the major part of the producers that have been using barriques are cutting down on the time the wines spends in them or abandoning them altogether) - all wines showed a racy, energetic freshness.They are more floral than usual, the red fruits are more forward (especially strawberries - some are almost Burgundian like), there is a sweet/sour sensation to the fruit that is really fine, the tannins are sappy and very silky, and they are very fresh, lively, vibrant and almost gulpable.Are these wines for the short term then? They will not need as much time as the 2006 or 2010 to come around, but make no mistake, even though they seem almost ligth and airy there are more stuffing to them than are immediate noticable. I must confess being smitten by this vintage and will buy plenty (update - I have...).After tasting even more bottles on our visit in November I am certain that this is a great vintage across the board, one of those vintages that you could buy without tasting (compared to 2014 where tasting is mandatory before buying).

Well, the are always exceptions from any rule...

2013 Barolo, Fontanafredda
If you swirl vigorously you get some whiffs of damsons, lingonberries, dry almond paste and gravel. Other than that, very shy and withdrawn. And I don´t think that it is more to come, regardless of how long one will wait.
The taste is dry and one dimensional with notes of ripening lingonberries, cranberries and cigarette ash. Doesn´t change from one day to the next. Simplistic. I get that Fontanafredda makes a trillion bottles of this, and that you (almost always) get what you pay for, but I take a great Dolcetto for a lesser price any day of the week.
78p   (tasted 2018/10) 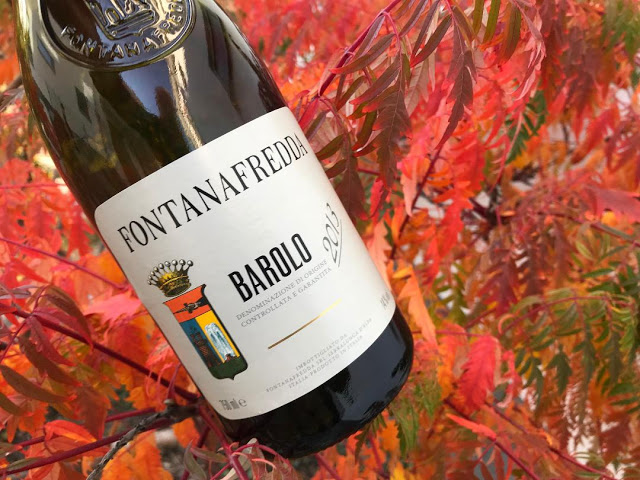 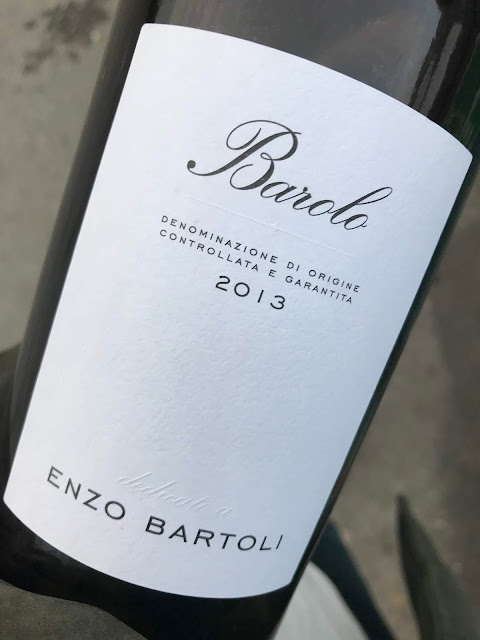 2013 Barolo, Enzo Bartoli
Opens light and simple but gets a tad better with air, and marginaly even better the day after. There are notes of some dried red fruits, earth, old cherry candy and pinewood. A bit superficial but nice enough.
The taste is light and anonymous but not bad per se, with notes of lingonberries, artificial roses, bakelite and gravel. I read somewhere (although that was concerning the 2014) that is was too woody, this isn´t though. Indiferent. Feel like a massproduced item. But stranded on a desert island without any real Barolo, its drinkable with the raw seagull I just catched and gutted...
82p   (tasted 2018/11)