A couple of weeks ago I had the opportunity to taste through Vingruppens range. Where do yo start and how do you prioritize among 350 wines?
My schedule had me focus hard, so I tasted (only) 56 wines. Here are the highlights.

Whites
2012 Château Montus Blanc is as stunning as it was at a tasting with Alain Brumont a couple of weeks ago (~93p). 2013 Chablis Grand Cru La Grenouille, La Chablisienne shows a refined, old vine nose and a pure, racy taste (~94p).
A lovely 1993 Sancerre Galinot, Gitton has fine mature features with dried apples and hay (~91p).
A fine value (with a long name) is the 2016 Ladoix le Clou d´Orge Domaine Gagey, Louis Jadot that has a fine smoky, buttery character with a fine cool acidity (~91p).
From Sonoma, the 2016 Dutton Ranch Chardonnay, Patz & Hall offered up a deep, herbal and fudge scented nose and a creamy, sappy taste (~92p). 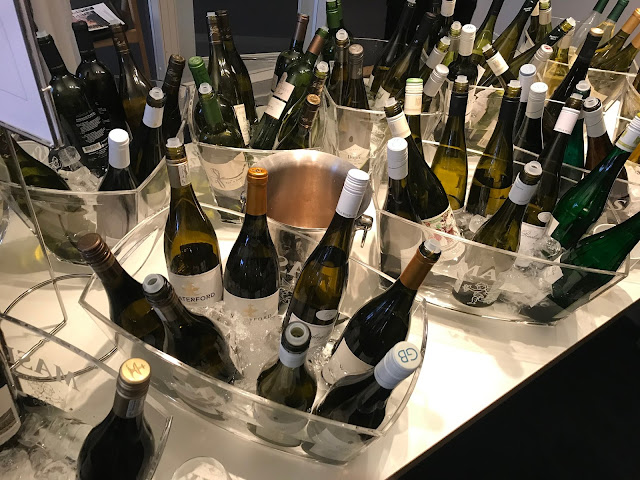 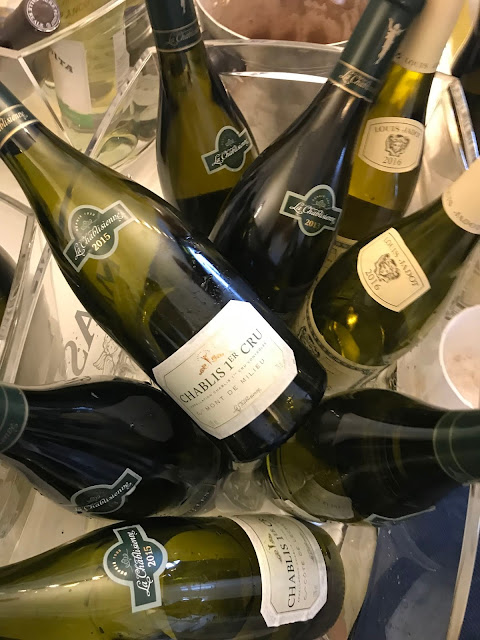 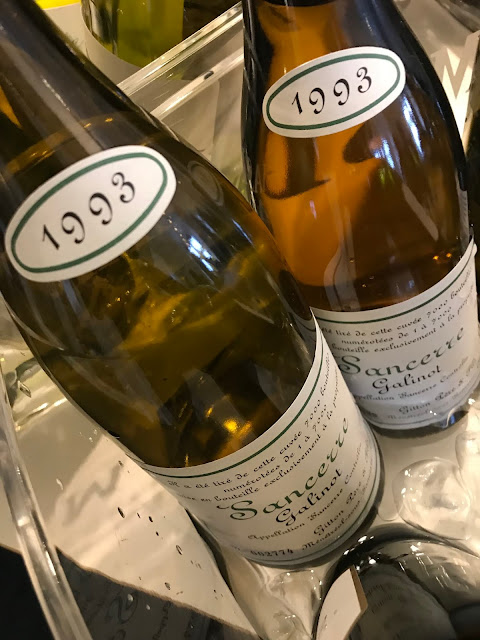 Reds
In the Burgundy section I found some very fine 2014´s. The 2014 Côte-de-Nuits Villages, Philippe Livera has a earthy, old viney character with soul (~90p). 2014 Beaune 1er Cru Couchereaux, Louis Jadot is open and flirty with a very fine, sweet fruit and a good backbone for aging (~91p).
The 2014 Morey St Denis 1er Cru La Riotte, Domaine Perrot-Minot is a future stunner with a deep, compact fruit and a long, structured finish (~93p).
The 2014 Clos des Lambrays, Domaine des Lambrays has a incredible high, spicy nose and a gorgeous palate with strawberries and violets (~95p). 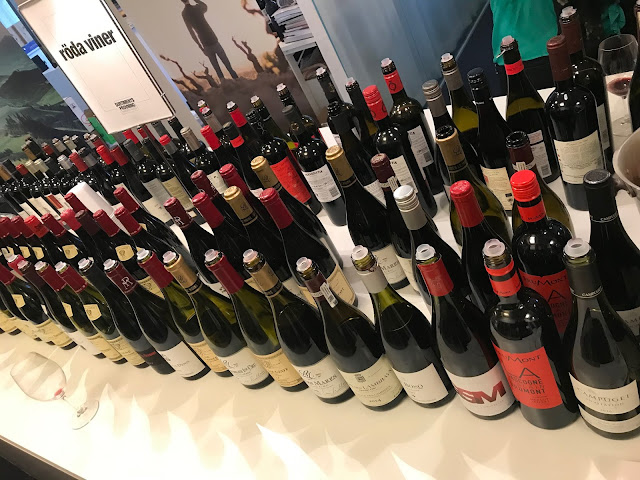 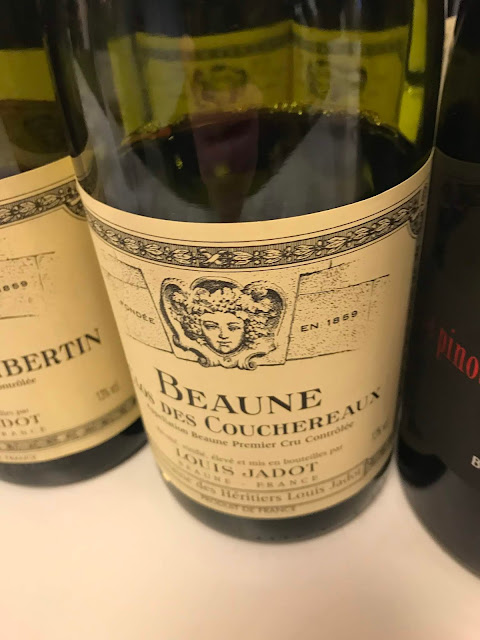 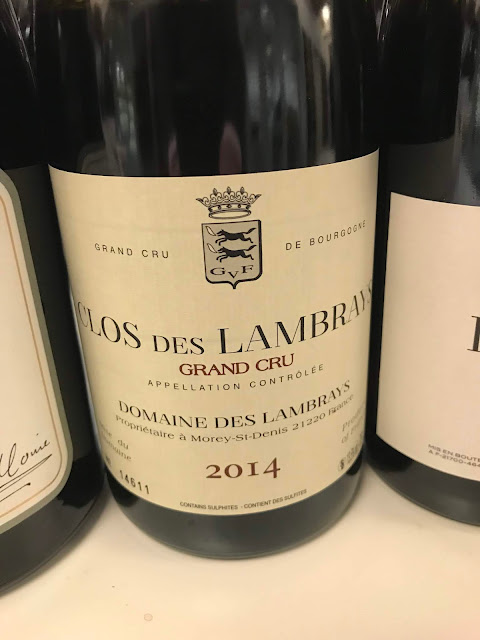 2015 Barbaresco, Cerretto shows a earthy, mineral nose with some sturdy tannins in the finish, promising a long life (~92p). A perennial favourite of mine, the 2011 Chianti Classico Riserva Rancia, Felsina displays classic characteristics of cherries, rosemary and Tuscan gravel (~91p).
The 2013 Casalferro, Barone Ricasoli is deep and concentrated with notes of hard cherry candy, gravel and herbs (~91p). 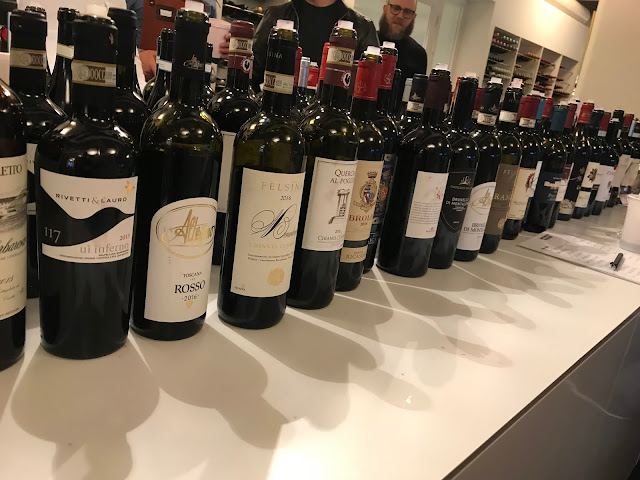 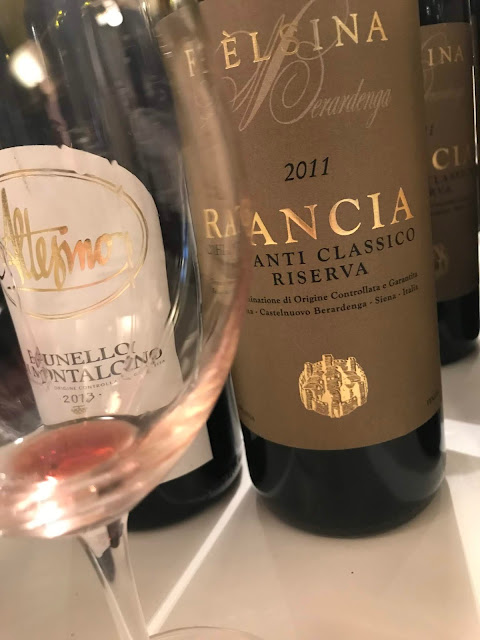 2015 Saint-Joseph Vignes de l´Hospice, Guigal is, as usual, a keeper. The 15 has a juicy, white pepper coated black fruit and a silky, long lasting taste (~93p).
Of the two Guigal La-La wines, the 2014 Côte-Rôtie La Turque, Guigal is the more backward one, with a deep, stern fruit with lots & lots going on for the future, soooo polished (~95p).
But the 2011 Côte-Rôtie La Mouline, Guigal......(always my favourite La-La) has everything one want in a wine, it just needs another 6-10 years to reach perfection (~97p). 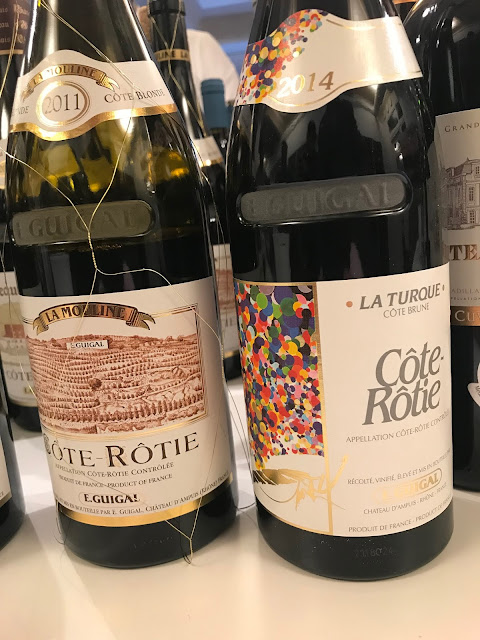 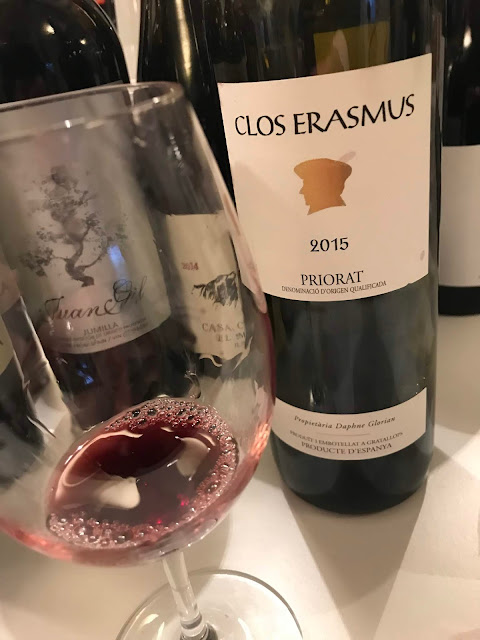 2015 Clos Erasmus, Clos i Terrasses is big, almost over the top, but it holds it together with a splendid balance, multi layered fruit and a taut structure (~93p).

A Nebbiolo for down under, for over 100 Euro a bottle? Call me sceptic, but the 2009 Nebbiolo, Giaconda shows a fine, spicy nose with some resemblence of the original, and the taste is dry and tannic in the Langhe style. But the price... (~90p).
Vasse Felix always delivers the goods, and the 2008 Heytesbury Red exhibits some mature features in a restrained, deep, complex way (~93p). 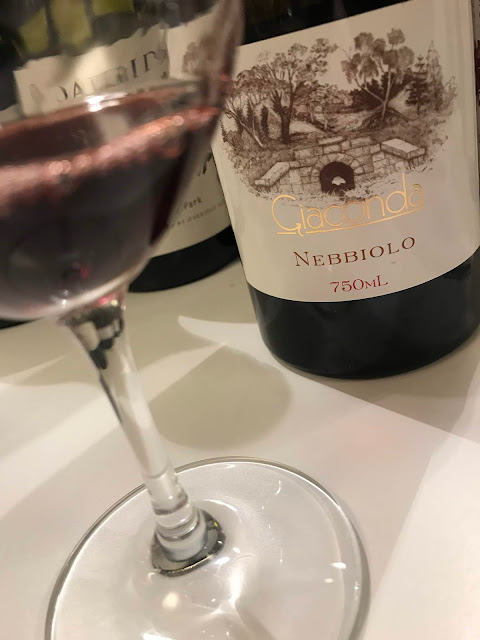 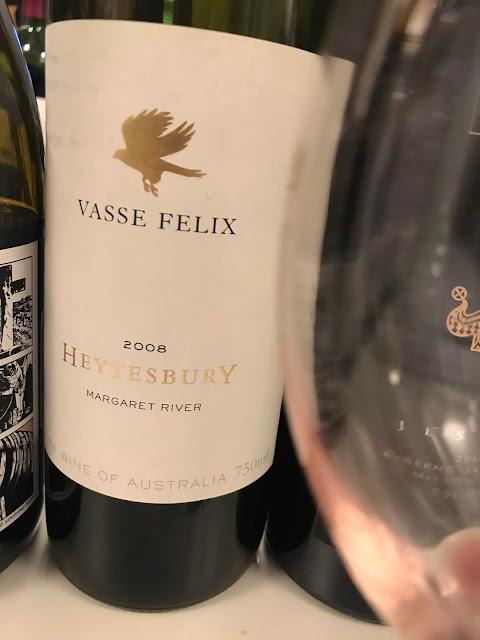 Finishing the reds with the Americans, the 2015 Mountainside Cabernet Sauvignon, Acumen is a new acquaintance and a very good one! Deep, concentrated fruit with a taut palate with lenght and structure, just stunning (~93p).
Another new producer for me, Artemis shows of a 2015 Cabernet Sauvignon that is luscious and focused with polished tannins and a long, long finish (~92p).
I love everything from the Kapcsándy estate, and the 2011 Estate Cuvée is no exception, handsome, refined and really classy (~94p). Finally, the 2010 Cabernet Sauvignon, Mayacamas shows a more Bordeaux like character with fine, restrained black currants fruit and a very fine, dry finish (~92p). 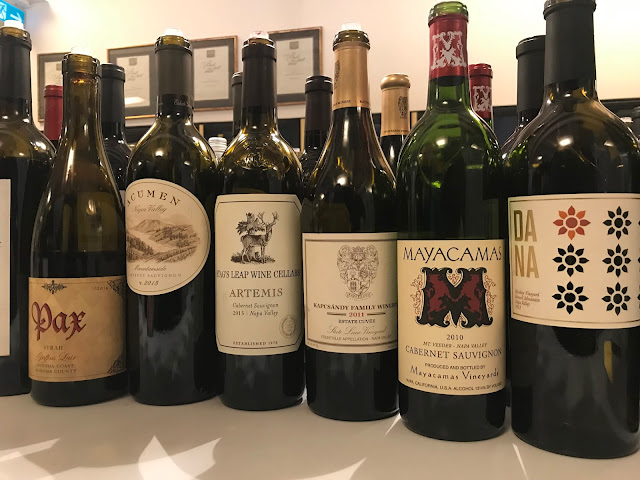 Champagne
I always ends this kind of tastings with Champagne. To heighten and cleansing the palate. And I always feel when I have started with them (and I spit the whole time!) that I get unfocused sooner then if I end with them.

The ones that stood out were the NV Cuvée Intense Mag14, A. R. Lenoble which is a refined, stony bubbly with lenght and intensity (~91p). The 2012 Brut, Louis Roederer is going to be a classic - as the 2008 - with a racy, focused nose with sweet lime and white flowers, and the finish goes on for minutes (~93p).
Two rose´s got my taste buds going, first the NV Rosé, Andre Clouet which has a intoxicating nose of wild strawberries, plums and bonfire smoke. The taste is stern and mineral laden with lovely red fruits in the background (~92p). The other one is the 2012 Rosé Brut, Louis Roederer that will challenge the 2010 in due course, with a spicy, gravelly nose with pomengrate scents, and a long lasting taste with a very fine acidity and backbone (~93p). 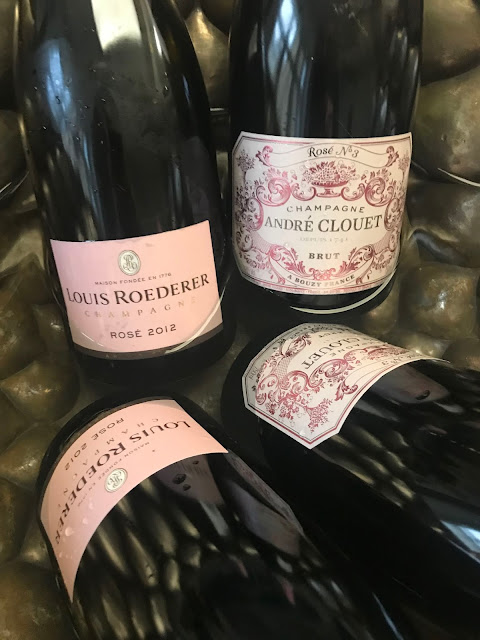 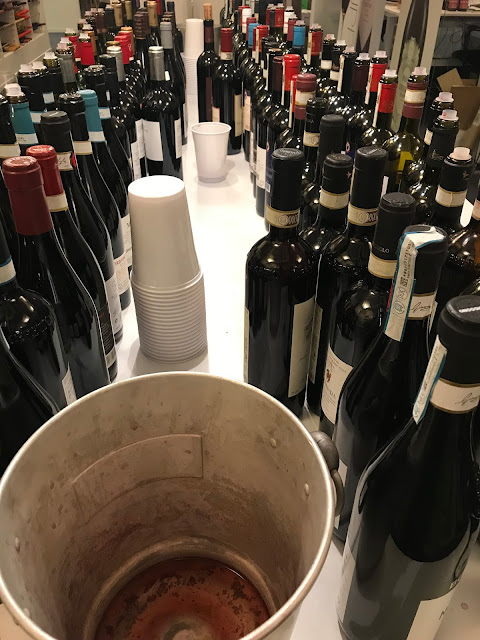